As someone who lived through most of the major events in gaming history chronicled in Netflix’s six-part docuseries “High Score,” I feel a deep personal connection to the subject matter. This might have been a drawback. I’m old enough to remember the days when role-playing games were text-based, the launches of Nintendo and Sega, and how much “Doom” forever changed the form. I have played almost all of the games name-checked in “High Score,” and it’s a vivid reminder of how far the medium has come in the last four decades. It’s also a frustratingly unfocused and scattershot affair, based heavily on who could be contacted for an interview or who had the best anecdote. It’s the kind of series that spends a great deal of time on the headline-grabbing outliers of game lore like the infamously horrible “E.T.” game, the controversial “Night Trap,” or the progressive “Gayblade,” an RPG in which the ultimate villain was literally Pat Buchanan. These are fun anecdotes, but they turn the approach from a remotely comprehensive one to something that feels more like the VH1 specials of the ‘90s and ‘00s. Remember “I Love the ‘80s”? This is “I Love Video Games”.

To be fair, some of those anecdotes and trivia from the people who lived through the history of gaming are fun. The creators of “High Score” have a charming habit of leveling the playing field in terms of interview subjects, making someone who recounts his historic run at the Nintendo World Championships as important as the man who designed “Final Fantasy,” for example. There’s something truly likable about an approach that equalizes players and creators, revealing where the skills and interests of the two intersect. And the interviewing team behind “High Score” do a notable job of presenting playful, informative subjects, even if they’re too often buried in a hyperactive visual style.

The belief that a docuseries about gaming needs to be visually frenetic, and even hard to follow at times given how much it jumps around in terms of subject matter, is a fatal flaw here. There’s a sense that the creators don’t trust their audience as much as they should—jumping from subject to subject to keep people watching, when the truth is that gamers are committed to the medium they love. We’d listen to the creators of “Doom” talk about its development for an hour. We don’t need animated recreations of crucial board meetings to keep us from flipping back to the main menu on Netflix. (And the final episode, which focuses on “Doom,” is easily the best because it gives more than average time to a creator of a single game without flitting off to something else.)

Each episode of “High Score” ostensibly focuses on one aspect of gaming history—arcade gaming, Nintendo, RPGs, Sega, fighting games, and online shooters. It's a logical chronology, especially as it’s relatively easy to trace the history of the form through “Pac-Man,” “Super Mario Bros.,” “Ultima,” “Sonic the Hedgehog,” “Mortal Kombat,” and “Doom.” The fact that the series stops at “Doom” feels like it’s setting up for a second and maybe third outing given how much has transpired in the form since then. After all, we haven’t even gotten to Sony and Microsoft’s involvement. Each episode focuses on a few stories/subjects for its running time, but often bounces around them within the episode, leading to a sense that the entire thing isn’t as focused or complete as it should be. It’s one thing to frame this as a “Fun Video Game Anecdotes” series but the creators often frame it through narration as a “History of Gaming” series, and it comes up incredibly short in that regard. For example, the RPG episode jumps from a thin history of text-based gaming to “Ultima” to “Final Fantasy” to “Skyrim.” Sure, these are major tentpoles, but there’s so much development missing there that it feels thin for those of us who lived through it.

Maybe I’m too close to the subject matter of “High Score” to forgive what it misses? But then who is this series designed for? Casual gamers without much knowledge of the history of the form they love may find a fun anecdote or two—I can’t believe I didn’t know the cinematic origin story of the name of “Doom,” for example—but even they will wish “High Score” would dig its nails into something. Yes, the “Gayblade” and “Night Trap” stories are fun, but they didn’t shape game history in the way that MIA titles like “Dragon’s Lair,” “Zork,” and “King’s Quest” did. Of course, any history of gaming is going to be incomplete to a certain degree, but it’s almost like the producers realized that and so they didn’t try, focusing on the most entertaining interview subjects available instead. A six-part series of fun game anecdotes may be all people want in August 2020, but my biggest problem with this approach is how much it feeds into the belief that the art form of video games isn’t taken as seriously as it should be. “High Score” won’t help. 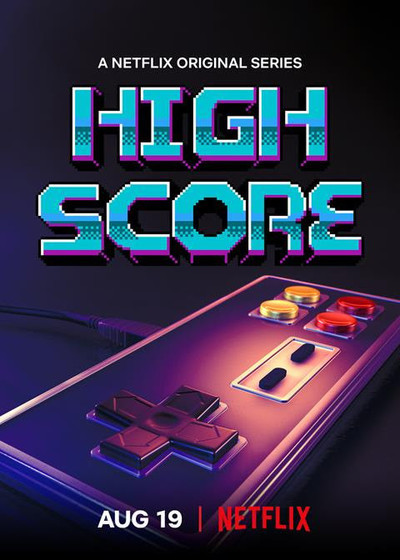