As much I hate to say this, I’m not sure that David Gordon Green, Danny McBride and the people behind a new sequel to John Carpenter’s “Halloween” really understand what made the first film a masterpiece. Their highly anticipated take on the legend of Michael Myers is admirable in its thematic relation to Carpenter’s vision, but the no-nonsense, tightly-directed aspect of the influential classic just isn’t a part of this one. Carpenter’s movie is so tautly refined that the sometimes incompetent slackness of this one is all the more frustrating. As is the complete lack of atmosphere, another strength of the original. In that first movie, you can hear the crunch of the leaves and smell Fall in the air. This one always feels like a movie, never transporting you or offering the tactile terror of the story of The Shape. Green and McBride are playing with some interesting themes and there’s a female empowerment story of trauma here that’s interesting (but underdeveloped), but do you know the biggest sin of the new “Halloween”? It’s just not scary. And that’s one thing you could never say about the original.

What I like most about the new “Halloween” is that its message could be boiled down to something as simple as “Don’t Fuck Around with Evil.” Don’t try and study it, or understand it, or do a podcast about it, or whatever—just kill it. Laurie Strode (Jamie Lee Curtis) learned this lesson the hard way the night she survived an attack by Michael Myers, who has been incarcerated for the 40 years since (this movie pretends all of the sequels never happened, even number two, and even has a character make fun of the stories about Michael being Laurie’s brother and things like “revenge” and “curses” in a way that comes off as snarky more than clever). Laurie has lived as her own kind of prisoner since that night, completely terrified of the day Michael would come home, basically becoming a doomsday prepper, turning her home into a heavily armed bunker. She also obsessively taught her daughter (Judy Greer) how to fend off the ultimate attacker, so much so that she’s nearly estranged from her.

“Halloween” opens with a pair of podcasters going to meet Michael and Laurie for a piece they’re doing, allowing for a lot of the last paragraph’s “what have they been up to” exposition. Michael has been completely silent for four decades, never saying a word, but the podcasters think it a good idea to bring him his mask on the day of the interview, meaning they (and it) will be nearby when Mike later escapes and beats them to death. As he makes his way back to Haddonfeld on Halloween, a dozen or so victims stand in his way, including Laurie’s granddaughter and some of her teenage friends, some hapless cops, and a few other locals. There’s an excellently staged sequence as Michael’s killing spree starts and Green’s camera stays mostly outside of homes, watching the icon go about his work through windows.

And yet even this moment feels almost too precious. Green makes a number of explicit references to Carpenter’s film with dialogue and even shots, but there’s a difference between referencing something and actually incorporating it into a new vision. The former is just an echo, and that’s often what I felt watching “Halloween”—the echo of the original is loud, but that’s ultimately hollow compared to sequels that truly build on what came before instead of just expressing how much they love it.

Worst of all, Green bungles the ending. I would never spoil it, but you might imagine that an evening massacre that its central characters have been anticipating for four decades has to really stick the landing. At its best, “Halloween” is about a woman dealing with trauma for more than half her life, and only able to exorcise her demon when she faces him again. That sets up a great deal of pressure on the closing scenes, and—other than one nice twist—“Halloween” just doesn’t deliver when it needs to most of all.

I walked into “Halloween” wanting to feel the magic of the original again in some form. Carpenter's film is one of my favorite films of all time. And David Gordon Green and Danny McBride are clearly smart guys, bringing a higher pedigree than nearly any other horror sequel, allowing for optimism. And there are, of course, elements that display Green’s craftsmanship more than, say, Dwight H. Little (director of “Halloween 4: The Return of Michael Myers”). I’ve heard a number of people say that it’s the best “Halloween” sequel, to which one almost has to laugh at the low height of that bar. And shouldn’t we expect more from a project this high profile than “better than H20?” Especially when the answer to that question is "just barely." 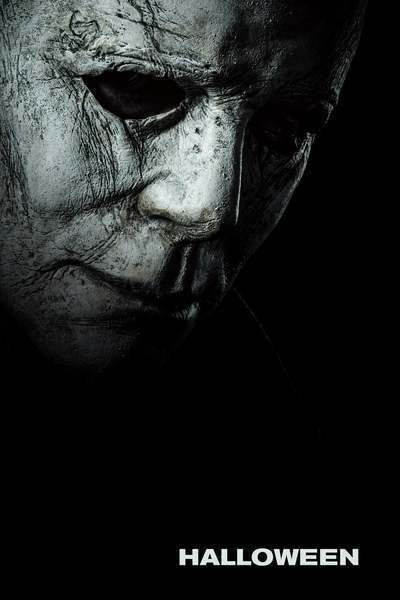 Will Patton as Hawkins