There’s something appropriate about Eric England’s “Get the Girl” opening with the Orion logo, which should make viewers of a certain age nostalgic for the era of ‘80s action thrillers which this film seems at times to emulate. Orion had their Oscar breakouts, and released many of Woody Allen’s films in the ‘80s, but they were also known for to-the-point escapism, which “Get the Girl” definitely tries to be. It’s an alternately quirky and intense flick that never quite lives up to its potential, but contains a twist or two you’re unlikely to see coming, and could appeal to viewers who miss the days of unpretentious B-movie glory that Orion once symbolized.

Clarence (Justin Dobles) is a shy guy. He may have a thick wallet and fancy car, but he has trouble talking to beautiful women, especially the bartender named Alexandra (Elizabeth Whitson), on whom he has a debilitating crush. She doesn’t even know his name, even though he comes to her bar every night and admires her from afar. Clarence gets an idea. He will be Alexandra’s savior, her White Knight coming to the rescue. But from what? After getting some dating advice from a local tough guy named Patrick (Noah Segan), Clarence concocts a ridiculous plan that involves a kidnapping. Patrick and some of his buddies will kidnap Clarence and Alexandra, and the young man will become her protector. Of course, things don’t go exactly as planned.

As Mae West once said, ”Every man wants to protect me, but I can’t figure out from what.” “Get the Girl” is at its best when it’s playing with what could be called White Knight Syndrome, the belief that a woman will automatically fall in love with a man who protects here, or that bizarre need some men have to be needed in every way. England’s film plays with this idea several times, especially in a few twists that illustrate how gender-based expectations can be flipped. In fact, both twists feed the concepts of damsels purposefully put in distress by those trying to protect them and the idea of a woman being a man’s property.

The problem with “Get the Girl” is that England treats it all too casually. The film never feels honestly menacing, or gritty enough to have actual tension. It can’t find the right tone on which to settle—often being goofy when it should be scary. The stakes just aren’t there, making it more of a B-movie exercise than something with characters about which we care or with which we empathize. Even the ‘80s B-movie comedies or thrillers mentioned earlier often felt like they had dirt under their fingernails or achieved an actual sense of menace. This is far too slick a production for it to have an impact.

Another problem is that Dobles is a snooze. He’s too boring of a lead, which might have made casting sense given his character’s difficulty meeting people but makes him an unengaging protagonist. It’s impossible to care about what happens to him or if he gets the girl. In fact, Segan, a solid character actor, steals the movie. He’s easily the most interesting character, gets the best lines, and has the most intriguing twists and turns to his narrative. Segan has a skill at playing guys who may be a little more dangerous than their goofy demeanor first implies. He often feels like he came out of a better movie, a scuzzier, quirkier, more menacing one—maybe even one from Orion’s heyday. 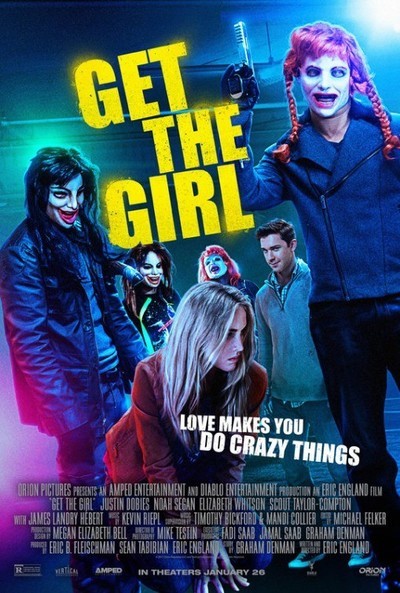 Rated R for bloody violence, language throughout, drug use and brief sexual content/nudity.