I saw “Friday The 13th, Part 2” at the Virginia Theater, a former vaudeville house in my hometown of Champaign-Urbana, Illinois. The late show was half-filled with high school and college students, and as the lights went down I experienced a brief wave of nostalgia. In this very theater, on countless Friday nights, I'd gone with a date to the movies. My nostalgia lasted for the first two minutes of the movie.

The pretitle sequence showed one of the heroines of the original “Friday The 13th,” alone at home. She has nightmares, wakes up, undresses, is stalked by the camera, hears a noise in the kitchen. She tiptoes into the kitchen. Through the open window, a cat springs into the room. The audience screamed loudly and happily: It's fun to be scared. Then an unidentified man sunk an ice pick into the girl's brain, and, for me, the fun stopped.

The audience, however, carried on. It is a tradition to be loud during these movies, I guess. After a batch of young counselors turns up for training at a summer camp, a girl goes out walking alone at night. Everybody in the audience imitated hoot-owls and hyenas. Another girl went to her room and started to undress. Five guys sitting together started a chant: "We want boobs!" The plot: In the original movie, a summer camp staff was wiped out by a demented woman whose son had been allowed to drown by incompetent camp counselors. At the end of that film, the mother was decapitated by the young woman who is killed with an ice pick at the beginning of “Part 2.” The legend grows that the son, Jason, did not really drown, but survived, and lurks in the woods waiting to take his vengeance against the killer of his mother É and against camp counselors in general, I guess.

That sets up the film. The counselors are introduced, very briefly, and then some of them go into town for a beer and the rest stay at the camp to make out with each other. A mystery assailant prowls around the main cabin. We see only his shadow and his shoes. One by one, he picks off the kids. He sinks a machete into the brain of a kid in a wheelchair. He surprises a boy and a girl making love, and nails them to a bunk with a spear through both their bodies. When the other kids return to the camp, it's their turn. After almost everyone has been killed in a disgusting and violent way, one girl chews up the assailant with a chain saw, after which we discover the mummies in his cabin in the woods, after which he jumps through a window at the girl, etc.

This movie is a cross between the Mad Slasher and Dead teenager genres; about two dozen movies a year feature a mad killer going berserk, and they're all about as bad as this one. Some have a little more plot, some have a little less. It doesn't matter.

Sinking into my seat in this movie theater from my childhood, I remembered the movie fantasies when I was a kid. They involved teenagers who fell in love, made out with each other, customized their cars, listened to rock and roll, and were rebels without causes. Neither the kids in those movies nor the kids watching them would have understood a world view in which the primary function of teenagers is to be hacked to death. *This review will suffice for the Friday the 13th film of your choice. 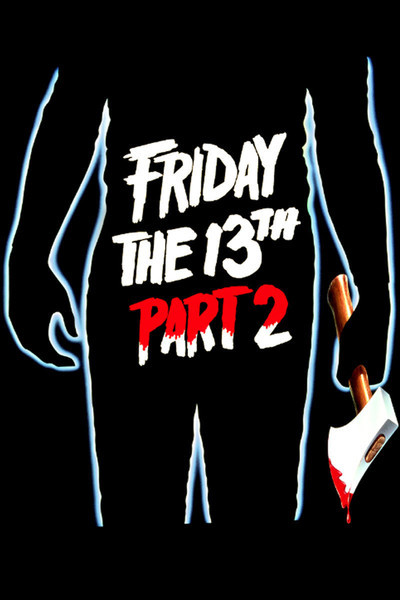