The pious, cosmic Spanish drama “Fire Will Come” is essentially an allegory about forgiveness (and shame and doubt) since it concerns what happens after a shy ex-con returns from prison to his rural Galician home. Amador (Amador Arias), a convicted arsonist, is a solitary figure whose motives are often only as enlightening as his emotionally and physically diminished presence. He lives with his mother Benedicta (Benedicta Sánchez), also a hermit, who understands and tries to respect Amador’s standoffish nature. But in time, even this uneasy family dynamic seems only to reveal writer/director Oliver Laxe and his co-writer Santiago Fillol’s solipsistic view of redemption: if it’s going to happen, it will happen despite our good intentions, planning, and behavior.

The inner lives of Amador and his fellow human protagonists are often reduced to postage-stamp abstraction since their lives are understandably overshadowed by Galicia’s frequent (and often man-made) wildfires. “Fire Will Come” begins with a Vivaldi-scored, dialogue-free scene, as a trio of construction vehicles—we never see their drivers clearly—push through some Eucalyptus trees. Branches and limbs snap—in chilling detail thanks to the movie’s dense sound design—and fall out of view; virtually nothing can be seen beyond the bulldozers’ high-beams. This is the nightmarish reality that Amador returns to after jail: the surrounding land is so impenetrable that you, like the trucks’ drivers (who do they work for?), must commit to pressing on.

Amador’s story is unfortunately never as emotionally arresting or complex as this opening scene. His neighbors talk about him with casual indifference, and even Elena (Elena Mar Fernández), a local vet and potential romantic interest, either doesn’t really know or care to find out what’s going on with Amador. She asks why she hasn’t seen him around before, so he says, “I was away.” “Abroad?” “Yes.” There’s some tenderness in the silence that follows, and it’s as bittersweet as it is definitive. Amador and Elena also listen to Leonard Cohen’s “Suzanne” together in her car. She asks him for his opinion, and he confesses that, “I like how it sounds, but I don't know what it says.” She encourages him, but from a stifling emotional remove: “No need to understand the lyrics to get the music.” Arias smiles modestly, but an unruly lock of his hair speaks for his character.

This is the same sort of benign, socially maintained distance that separates Amador from Benedicta, who not-so-secretly asks estranged construction worker Inazio (Inazio Abrao) to hire her son. But when Inazio offers Amador work, he inadvertently reveals Benedicta’s involvement: “When are you coming over? We’ll be working on the house all summer.” Amador takes Inazio’s unexpected offer in stride, but Laxe doesn’t seem as interested in his lead protagonist as he is by Benedicta, in her car’s passenger seat, studiously avoiding eye contact with her son. This is a low-stakes conversation, but it feels tense because we, like Benedicta, have no idea how Amador will respond to Inazio. He takes the job, by the way, and before his mother can ask him, “What did Inazio do to you? Are you mad at him because he didn't visit you?" Not really, and if he was, who but Amador would know?

Amador isn’t exactly a 1,000-piece puzzle with a few major pieces missing, but his emotions appear to begin and end with Arias’ performance. Everybody talks about Amador in the abstract—“Is he the pyromaniac?” “Yes, that’s him”—including Elena, who after a certain point confirms that yes, she has heard about Amador: “They told you about me?" he asks her while nursing a beer, alone, at a local bar. "Yes, but ... well, you know how people are ... " she replies with a sad smile. They then talk about his mother’s sick cow, as if the space between their words were loud enough to speak for itself.

Everybody is stubborn in “Fire Will Come,” but that’s apparently an understood part of human nature. It’s in the movie’s title, and in many scenes where people struggle to connect in spite of themselves. Fillol and Laxe’s sympathy for Amador is limited by their defensive need to keep viewers away from him so that it feels momentous when he does barely come out of his shell, as if he were revealing his salt-of-the-earth nobility. I don’t buy that, and I really wanted to, if only because the movie’s opening scene—and its haunting bookend conclusion, which takes us back to the Galician woods—is genuinely bewitching. That opening scene is also, in retrospect, somewhat depressing for the way that it conflates a glib fatalism with an unbelievable sort of turn-the-other-cheek optimism ("If they hurt others, it's because they hurt, too,” as Benedicta says in one scene). The human condition may be, in some ways, defined by a prevailing lack of intimacy, but that doesn’t mean that people are inherently beautiful because we are eventually alone. You may know how people are, but that doesn’t make your suffering meaningful. 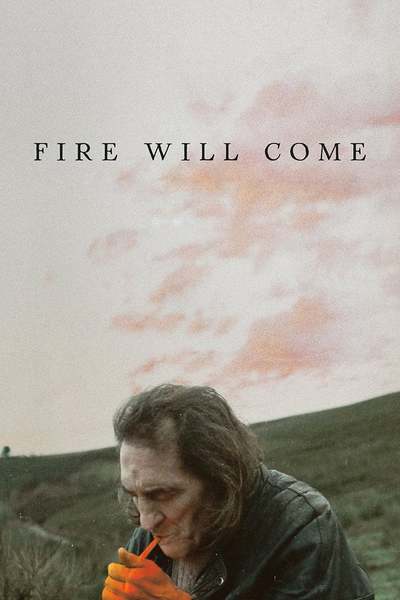