Yingying Zhang was a promising young graduate student who left her home, family and boyfriend in China to pursue her studies in the United States. She’s one of thousands of students who make the same journey, whose parents sacrifice both financially and emotionally to let their children go to an unknown country all in the hopes of a brighter future. Unfortunately, that future never came to pass for Yingying. One day when she was running late to see an apartment, she accepted a ride from a stranger and was never seen again.

Jaiyan “Jenny” Shi’s “Finding Yingying” is simultaneously a tribute to the young woman—who she was and what she aspired to, the isolation and culture shock she faced in the U.S., the love she had for her family that drove her to keep going—and a true crime documentary that follows the Zhang family as they try to piece together what happened to their beloved daughter. But the documentary is quite sympathetic to the family, centering their frustrating experiences with the U.S. justice system. Shi embeds herself with the family as a translator and documentarian capturing their efforts to find Yingying—and in a horrifying twist, her footage becomes evidence when the search turns into a criminal case.

As Shi says in voiceover, Yingying’s story hits very close to home. They were the same age, went to the same college in China and both of them headed to the States for more opportunities. Shi’s personal investment in her story connects the dots as to why this story became big news in China, the outpouring of support from fellow Chinese students at the University of Illinois at Urbana-Champaign and how this tragedy could have befallen anyone.

Shi balances these many reflections, observations and narrative by never losing sight of Yingying Zhang. Her smiling pictures are somber reminders of what was lost. Shi also reads excerpts from Yingying’s diary, quite literally giving voice to the voiceless. Shi is also there to capture some of the more difficult sides to the story, filming as tension threatens to tear apart the Zhang family and observing the effects of cruel rumors and feelings of helplessness. One thing that comes across so clearly in “Finding Yingying” is the ripple effect the disappearance of a loved one has on their family and friends. It’s a waking nightmare of uncertainty that stretches for years. A grief that’s always just on the surface waiting to unleash itself once again.

“Finding Yingying” is also Shi’s impressive feature debut. It’s a story she’s been working on since Yingying’s disappearance in 2017, yet despite getting so close to the Zhang family over time, Shi maintains a measured sense of storytelling. The access helps her capture Yingying’s brother’s survivor’s guilt, her parents’ different grieving styles and how some of the other members of the Zhang family react to the loss—all intimate details sometimes lost in sensationalized crime stories or hidden behind a family’s request for privacy. The documentary doesn’t play up the emotions for dramatic effect. The flashbacks to Yingying’s photos and words are in service of the story, and by the end, her diary’s sudden stop brings a second heartache. We won’t hear from her anymore. The answers the documentary finds are not easy, but the loss “Finding Yingying” depicts is one that will reverberate for years to come. 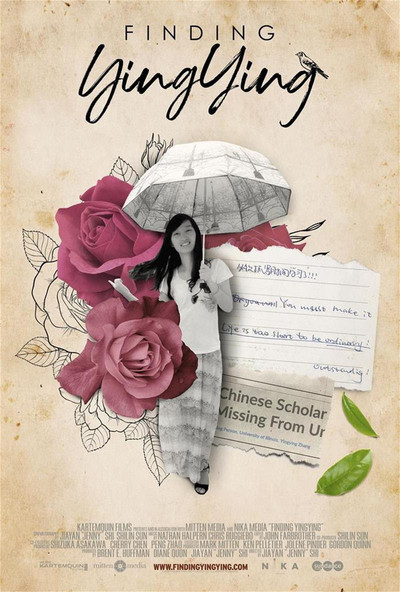