"Fathom" is only secondarily about whales. This is not one of those nature documentaries with breathtaking footage of animal lifecycles. It's the story of two scientists who study whales, and it accompanies them on two separate but related field studies. Like other recent science documentaries, "The Edge of All We Know" and "Particle Fever," it's also about the very nature of the scientific method and the value of empiricism and of knowledge itself. While the questions it raises are timeless, they are particularly urgent now, when accusations like "fake news" and "alternative facts" are lobbed by all sides and disinformation disseminated by shady internet sources goes viral before it can be verified.

American acoustic ecologist Michelle Fournet is on a mission to "fool a whale" by lowering speakers into the water in Hobart Bay, Alaska, transmitting whale songs to see if she can receive an answer. If this sounds a bit like the end of "Close Encounters of the Third Kind," you've got the idea. She believes she has identified a sound she endearingly calls a "whup" as the whale version of "Hello," and she thinks she can prove it by seeing how a particular whale responds, how his or her "whups" vary after hearing her recording. A previous effort did not go well due to a technology failure. The recording "made it sound like a humpback on helium." She and her colleagues, all women, are hoping this time it will go better, but she admits that "the study has a high probability of failure."

On the other end of the Pacific, in French Polynesia, bioacoustics specialist Ellen Garland from Scotland's University of St. Andrews is studying the cultural transmission, vocal learning, and function of humpback whale song, "measuring their communications over space and time." While Fournet is listening to "whups," Garland is tracking the way that the "rhythm, timed breathing, rhyming, repetition, hours of patterns within patterns" humpback whale songs go viral, always west to east, from one part of the world to another.

Why? Garland tells us what gets her out of bed even on her worst days is the chance to contribute to knowledge, even one small piece of it. They do not say it, but the implication throughout the film is palpable; all knowledge is connected, like pieces of a jigsaw puzzle that seem unrelated until all of a sudden enough are in place that you see what the picture is. And why wouldn't we want to know more about the mysterious creatures who may be the closest to humans in consciousness and communication? Maybe even more powerful? Millennia before humans were walking upright and using fire, whales were using their advanced cognitive capacity to develop what the scientists in this film call "culture."

As Garland and Fournet study the whales, director Drew Xanthopoulos is studying them, with intimate but understated camera and audio that make us feel there is no intermediary between the scientists and the audience. We are right next to them as they conduct experiments, review data, or take a few moments to share some thoughts about the experience and the consequences of choosing a life with significant periods of isolation. Garland misses her husband. Fournet says that for her, this is "real life," more home for her than living in the midst of what is generally considered civilization. She thinks about having a child that she imagines coming with her on fieldwork.

The most fascinating part of the film is seeing the women apply the scientific method with logic and rigor, in a fearless pursuit of truth. At one point, a junior member of Fournet's team gently suggests that a critical foundation of the investigation's design may be less useful than they hoped, possibly even unworkable. Fournet barely takes a moment before redesigning the parameters of the research. "It doesn't matter how much time I spent designing it," she says, announcing, "Strong pivot ... We're making some changes to the protocol." She is clear on the bigger question: "What is the most elegant way to be certain about something we see in nature, without exaggerating it, without hoping for it?" That's not designer gown elegant. That is science "elegant," meaning the fewest number of steps that might allow for some questionable, distracting, or distorting data—ideally none. There is a serious equipment failure, causing worrisome delays. And there is human error. Both are calmly noted, just more problems to be solved.

"Fathom" is an apt title for the film because it refers both to measuring the depth of water and to understand something complex after much thought. Watching the scientists research the mysteries of humpback whales is an inspiring tribute to the power of curiosity, purpose, and the triumphant joy of adding one more piece to the jigsaw puzzle of knowledge. 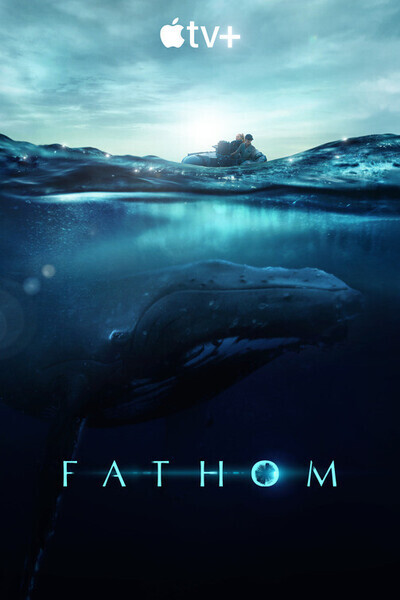 Ellen Garland as Self

Michelle Fournet as Self