You don't have to be a physicist—you don't even have to be good at math, I can certainly attest to that—to enjoy the energy, camaraderie and giddy thrill of discovery that radiates from the documentary "Particle Fever".

That's much of the beauty of director Mark Levinson's film. He's taken a potentially daunting topic—the search for the elusive and highly significant Higgs boson particle, also known as the "God particle"—and turned it into a movie that's not just accessible but fun, with a surprisingly emotional payoff at the end.

Levinson is a physicist-turned-filmmaker himself, so it's clear that he wanted the science to be tangible and authentic. At the same time, he's wisely chosen figures to follow from among the 10,000 people involved from over 100 nationalities who can bring this highly specific work to life for the layperson. They include producer/Johns Hopkins University professor David Kaplan, a theoretical physicist who's loose and chatty as he describes what this discovery would mean to the world: "It's gonna change everything," he says in understated hyperbole.

Post-doctorate scholar Monica Dunford is the one who consistently explains this complicated process in smart but easy-to-understand terms. She compares the control room during these experiments to a room full of 6-year-olds whose birthday is next week.

She also explains the study itself very well: At CERN, the European Organization for Nuclear Research in Switzerland, scientists and engineers several years ago created the behemoth Large Hadron Collider, an underground, 17-mile ringed tunnel which is the biggest machine humans have ever built. There, they will send beams of protons on a collision course with each other at ridiculously high speeds in hopes of recreating the conditions that existed just after The Big Bang.

The hope is that among all the stuff that explodes from that collision will be the storied Higgs boson particle, which potentially could explain the universe as we know it. No pressure.

As the years pass and the scientists enjoy progress and setbacks—they celebrate too early after successfully shooting the first beam of protons in one direction, for example—Levinson faces the challenge of making the less-cinematic elements of their work visually compelling. "Particle Fever" features a lot of brilliant people siting around talking to each other at a conference table, or writing lengthy equations on blackboards, or scribbling away furiously in notepads. It can be quite dry at times.

But getting to know the people behind the science allows us to admire them for their perseverance and connect with them as humans. Kaplan's mentor at Stanford University, the brilliant Savas Dimopoulos, recalls fleeing his childhood home of Turkey with his Greek family because of ethnic tensions. Fabiola Gianotti, the head of one of the main teams seeking the Higgs, is also an accomplished pianist.

And as all these researchers inch closer to the discovery they hope to make, they find themselves falling into one of two categories, with mind-boggling notions about whether our universe has tidy, parallel others out there, or whether ours is merely a speck or a pocket of a multiverse where chaos reigns. If the latter is true, as Kaplan posits, "In a sense, it's the end of physics."

If you follow the news, you know how this multibillion-dollar adventure ends. But that doesn't detract from the power of that moment, or the infinite, dizzying possibilities that await. 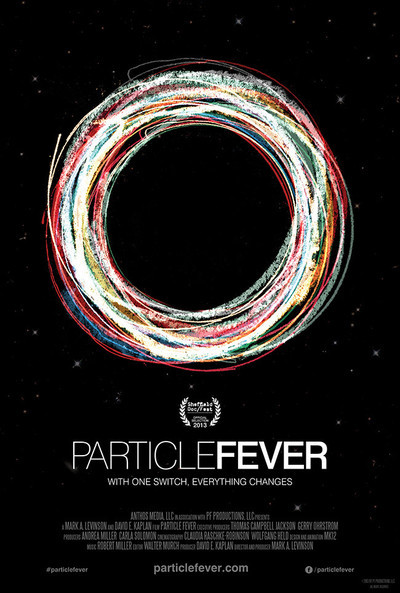