Inarguably the chief virtue of America’s independent cinema, and perhaps its documentaries especially, has been everything that "independence" implies. At a time of ever-accelerating media conglomeration, most Americans are surrounded wall-to-wall, 24-7, by images manufactured and controlled by large corporate interests. Against this, independent filmmakers offer a useful cacophony comparable to Speaker’s Corner in London’s Hyde Park: You may not like or agree with what you hear, but you can usually assume that it represents distinctively, even passionately, individual points of view.

In this context, the purported documentary "Farmland" is an odd duck indeed. A look at contemporary American agriculture that focuses on several farmers in their 20s and 30s and the challenges they face in trying to start or sustain family-run operations in the heartland, James Moll’s film has the expensive but bland look of generic TV non-fiction and a general tone of earnest uplift, which reaches an extreme in a bombastically syrupy orchestral score that could have been lifted from a Reagan "Morning in America" TV commercial of the ‘80s.

The film’s overall affect, then, might leave the viewer scratching his head, at least until the appearance of a title that comes near the end of its credit scroll: "This film was made possible by the generous support of the U.S. Farmers & Ranchers Alliance."

If that name doesn’t ring a bell, feel free to do a little internet research. There, for example, in a 2011 article on CivilEats.com titled "Who Is Behind the U.S. Farmers & Ranchers Alliance and Why It Matters," writer Anna Lappe identifies the organization as "a new trade association made up of some of the biggest players in the food industry—including the National Cattlemen’s Beef Association, Dupont, and Monsanto."

When Lappe asked a PR rep for the Alliance "what motivated these groups to come together," without skipping a beat, he answered: "’Food, Inc.’ and movies like it."

In other words, "Farmland" is essentially just masquerading as an actual documentary. In reality, it’s a glossy corporate infomercial for American agribusiness. Rather than digging into a subject probing for truths, it’s out to construct a benign image that contradicts or obscures the troubling realities and questions examined in Robert Kenner’s Oscar-nominated "Food, Inc." (2008),  Ian Cheney and Curtis Ellis’ "King Corn" (2007), Jeremy Seifert’s "GMO OMG" (2013) and similar films.

Of course, all propaganda contains portions of accurate and interesting information, and "Farmland" is no exception. Starting from the incontrovertible premise that most Americans today live far from the farm and know little of the people who produce their food, Moll interviews and observes young ranchers and farmers who talk in detail about their decisions to take on this kind of work (most have returned to family businesses after college) and both the difficulties and the satisfactions it entails.

These folks all come across as real and credible, dedicated to their livelihoods and thoughtful about it too. Of the six main subjects, all are white and five are males whose families have been in the business for four or more generations. Some practice organic farming, a small but booming niche in the overall farming picture. The lone female in the bunch, spunky and determined Margaret Schlass, is also the only start-up, having been steered toward her vegetable growing business during college.

Although their remarks mainly concern challenges such as money, shifting market prices and the weather (droughts, one farmer notes, have come along in the ‘30s, the ‘50s, the ‘80s and more recently, but in patterns that can’t be predicted), the film does venture into a few controversial areas, including cruel treatment of animals (publicized via videos on the internet) and the use of antibiotics in animals and genetically modified organisms (GMOs) in agriculture.

In all of these discussions, but perhaps especially the latter, the film’s provenance inevitably generates suspicions. Not only do the farmers who use GMOs naturally agree that they are fine, but even the organic farmers don’t criticize them. Of course these particular organic farmers may believe exactly what they say here. But would they be in "Farmland" if they believed or said otherwise?

In effect, Moll’s film is a cheery billboard that beckons consumers to fix their eyes on sincere and, in some cases, very admirable individual farmers while the U.S. Farmers & Ranchers Alliance and similar groups mount campaigns in Congress to weaken regulations that protect the environment and public health if they threaten corporate profits.

The distinction between the manufactured image and the reality behind it is crucial to understand.

As Anna Lappe puts it: "While I believe the majority of our nation’s ranchers and farmers are respectful stewards of the land with the public’s best interest at heart...the USFRA clearly is not representing them. Instead, a look at the Alliance affiliates reveals that it is made up of, and funded by, the biggest players in the food industry, including those who profit most from toxic agricultural chemicals, polluting farming and food processing practices, and concerning animal welfare policies. No wonder, then, that limiting protections from toxic pesticides and pushing back against antibiotic regulation are just two of the current policy priorities of USFRA affiliates." 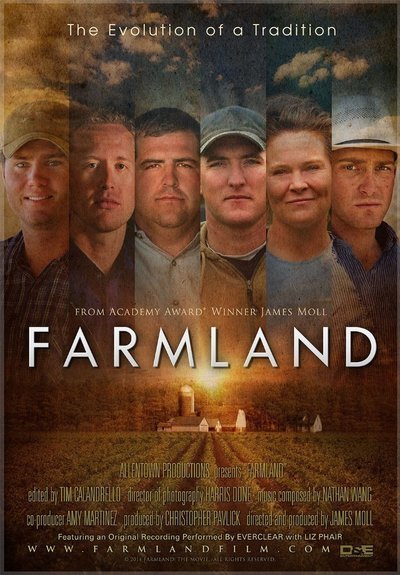