There was a time when Ingmar Bergman wanted to make films reflecting the whole of human experience. He asked the big questions about death, sex and God, and he wasn't afraid of the big, dramatic image, either. Who else (except Woody Allen) has had the temerity to show a man playing chess with Death?

Bergman was swinging for the fences in those deliberately big, important films. But he has discovered in the last 15 years that a better way to encompass all human experience is to be specific about a small part of it and let the audience draw its own conclusions. In "The Seventh Seal" (1956), he portrayed Death as a symbolic grim reaper. But in "Cries and Whispers" (1973), by showing one particular woman dying painfully while her sisters and her maid stood by helplessly, he said infinitely more about death.

His new film, "Fanny and Alexander," is one of the most detailed and specific he's ever made, and therefore one of the most universal. It comes directly out of his experience as a Swede in his mid-60s who was born into a world of rigid religious belief, grew up in a world of war and turmoil, and is now old enough, wise enough and resigned enough to develop a sort of philosophical mysticism about life.

In its chronology, the film covers only a handful of years. But in its buried implications about life, I believe, it traces the development of Bergman's thought from his school days until the day before yesterday. "Fanny and Alexander" is a long film that contains many characters and many events. Very simply: In a Swedish provincial town in the early years of this century, two children are growing up within the bosom of a large, jolly extended family.

Their father dies, and their mother remarries. Their new stepfather is a stern, authoritarian clergyman who means well but is absolutely incapable of understanding the feelings of others. Escape from his household leads them, by an indirect path, into the life of an old Jewish antique dealer whose life still has room for the mysticism and magic of an earlier time. Not everything is explained by the end of the film, but everything is reconciled.

In interviews, Bergman has confessed that a great deal of the movie is autobiographical -- if not literally, then in terms of its feelings. He had, for example, a father who was a strict clergyman. But it's too easy to assume the bishop in the movie represents only Bergman's father: Can he not also represent Bergman himself, who is seen within the circle of his collaborators as an authoritarian figure with a tendency to know what is right for everyone else? Bergman has hinted that there's a little of himself, indeed, in all the male characters in his movie.

Looking for Bergman's autobiography in his characters is one thing. I think we also can see "Fanny and Alexander" as the autobiography of his career. The warm humanism of the early scenes reflects his own beginnings in naturalism. The stern aestheticism of the middle scenes reflects his own middle period, with its obsession with both philosophical and stylistic black-and-white. The last third of the film, like the last third of his career, admits that there are more things in heaven and on Earth than dreamed of in his philosophy.

"Fanny and Alexander" is a big, exciting, ambitious film -- more of a beginning than, as Bergman claims, the summary of his career. If, like a lot of filmgoers, you've followed him on his long trek of discovery, this will feel like a film of resolution. If you're coming fresh to Bergman, it may, paradoxically, seem to burst with the sort of invention we associate with young first-time directors. It's a film for all seasons. 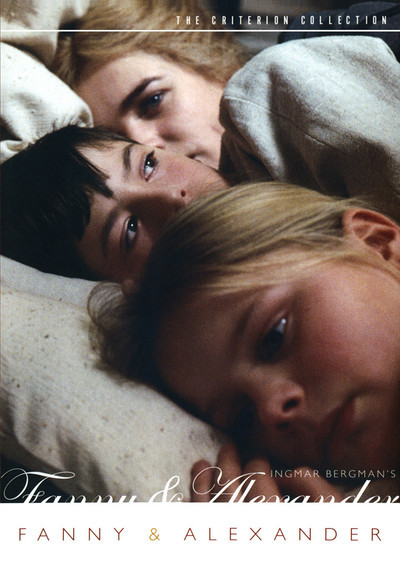