Eyimofe (This Is My Desire)

An alternate title for this sad, searing drama could be “Stuck Inside of Lagos With the Passport Blues Again.” The title, “Eyimofe,” translates to “This Is My Desire” in the subtitle, and in both cases in this dramatic diptych, the desire is for a place, not a person. And the place is far outside of the poor sections of Nigeria’s largest city, where the characters live.

For Mofe (Jude Akuwudike), a middle-aged electrical engineer, the place is Spain. He’s already paid through the nose for a passport (its authenticity is rather open to question) and now has to scrape up money for definitively inauthentic letters inviting him in and guaranteeing employment. He’s hardworking and patient. He lives with his sister, Precious (Uzamere Omoye), and her two small boys. Their neighborhood is so poor the kids play ping-pong on a long sheet of wood, with a plank on two rocks serving as a net; their paddles are squares of wood.

Mofe loses his family (and his assets, which have been kept in Precious’ name) overnight, and he enters several bureaucratic mazes; one to obtain a proper burial for his relatives, another to get back what’s his. His crass father laughs it up when Mofe arrives with some bodies in tow, and skimps on coffins; he gloats upon introducing Mofe to a lawyer cousin. That cousin later shows up to contest Mofe’s claim on Precious’s estate on behalf of the father. In the meantime, the owner of the printing plant—where Mofe is heroic in maintaining the power supply—just won’t buy any new junction boxes. A recurring visual motif that packs a punch is the sight of those boxes, overstuffed with wires and bits of cardboard to keep the wires separated.

In the second part of the picture, Italy is the proposed destination for Rosa, in her twenties (Temiloluwa Ami-Williams), and sister Grace, in her teens (Cynthia Ebijie). Rosa’s got two gigs, at a hair salon and a bar. A pasty American businessman hits her up at the latter job, and she accepts his pitch and goes out on a few dates. This guy’s supposedly savvier friends warns him off Rosa, asking “Has she asked you for help with the rent yet?” and other pointed questions, indicating Rosa’s honey-trapping him. The thing is, Rosa DOES need money for the rent, and a lot more, and has got her landlord, one Mr. Vincent, coming after her for sexual favors in exchange for special consideration. Also: Grace is pregnant, and she and Rosa are dealing with a shady broker who will book them the passage to Italy in exchange for Grace’s baby.

They live in the same neighborhood as Mofe; at one point, they come into a doctors’ office just as Mofe and a friend are expressing indignation at the fee they have to pay to get bodies out of the facilities morgue.

The creators of this movie, brothers Arie Esiri and Chuko Esiri, did manage to get out of Lagos, attending film school at New York University. This is their first feature, and it’s a confident, knowing, empathetic effort. Shot on 16mm film, it’s got a lot of color saturation but isn’t unduly raw-looking. While the themes here are, of course, redolent of neorealism, the filmmakers don’t make ostentatious nods to cinema past. Their voice is their own; the camera is mobile when it needs to be, but stands still much of the time, letting the excellent cast build their characters as the events of the film test their endurance. And endurance rather than desire is what the movie is finally all about. 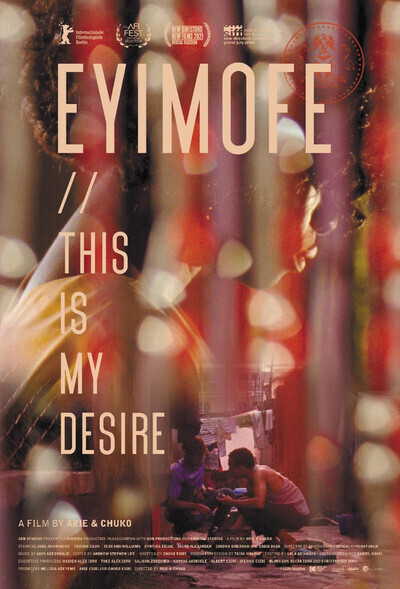