Many women spend hours taking camera-phone headshots of themselves before lucking upon the one they feel is flattering enough for Facebook. "Evidence" features the kind of women who never take a bad selfie. They are gorgeous at any angle, in any lighting. I can be sure of this because the movie's first act consists of forensics specialists reviewing home video of these gals preening, playacting and, in somber moments, emoting like "America's Top Model" contestants during confessional segments. Since the footage comes from cameras found at a grisly desert crime scene, we wait patiently while these cuties go through their trivial antics because we know that something terrible is going to happen to them. Based on horrific evidence presented at the scene of the crime in the beginning, this tragedy could involve a serial killer, a vicious drug cartel, highwaymen, a hippie thrill-kill cult, pyromaniacs, werewolves, a drone strike, vengeful Native American spirits, zombies, Bloods, Crips, sand dragons…

Not that any of these notions are entertained, just that my mind drifted across them while trying to pull through "Evidence"'s combination of chaotic phony found footage and whimpering models. One of the lesser tragic consequences of 9/11 has been a generation of viewers and filmmakers who associate authenticity with barely legible footage of people running, shrieking and crying out to God. Or the notoriously chilling 2008 video of a real Israeli wedding reception where the revelers are dancing joyously one moment, howling in agony the next because the reception hall floor has collapsed. This is the kind of shock horror so many "realistic" films employ. It works only when the actors are not busy "acting." Most of the time you get hyperactive bores like the all-star camcorder thriller "Vantage Point."

Rhada Mitchell, a stunner herself but also a fairly talented actress, plays the lead investigator who must stare gravelly at video monitors and fuss at her colleagues and underlings, which include a mandatory disheveled, heavyset tech geek, a 5-o'clock-shadowed guy who looks like "The Mentalist" star Simon Baker and a button-pusher who looks like Will Smith. The boys in the fake found footage are just as photogenic spokesmodels as the girls.

Early on, the main cute boy serenades the main cute girl, an aspiring actress who looks like Angelina Jolie with a dash of Frieda Pinto, while she's onstage at some event. He eases from the aisle up to the stage, gently strumming his guitar as a beam of spotlight backlights him perfectly and the women in the theater audience swoon. He gets down on one knee for the proposal but she awkwardly says "No." He slumps away like a little boy lost. What tells us that this postcard-glossy moment is "real" is the fact that the other cutie-actress playing her best friend is holding the camera with trembling hands. It's the only truly horrifying scene in the movie. 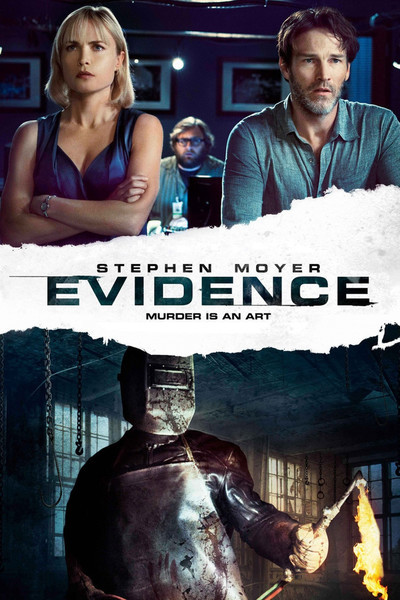