On paper, it sounds like a lot is going on in "Europa Report," a mash-up of found-footage faux documentary and sci-fi meditation. But it also has the traditional structure of a horror movie, with characters getting taken out one by one, by the dangers lurking in the dark expanses of space.

The beauty of Ecuadorian director Sebastian Cordero's film is the simplicity of its approach. The found-footage conceit has emerged as a favorite over the past several years (see also the current "Frankenstein's Army") but the application often seems erratic and selective. Working from Philip Gelatt's script, Cordero keeps things consistent, elegant and streamlined. "Europa Report" actually may be understated to a fault, but that's preferable to gratuitous melodrama.

The fictional story has its origins in real-life events: It's based on the November 2011 discovery of water beneath the ice of Jupiter's moon Europa. A strong ensemble cast of international actors co-star as the six astronauts in an privately funded mission to confirm the presence of water and—more importantly—explore the ocean life that may exist within it.

We know from the start, though, that their voyage was doomed: The crew lost contact with Earth after about nine months. The film represents the accumulation of all those lost months of footage, captured from every sterile corner and corridor, edited together with commentary from a resigned and mournful commander on the ground played solemnly by Embeth Davidtz.

Among the other inspired casting choices are comedian Dan Fogler and Isiah Whitlock Jr. of "The Wire" and "Cedar Rapids" as scientists describing the purpose of the mission and establishing the premise for laypeople. But we spend most of our time with the eclectic team soaring amid the stars; for the most part, they're all business, but they're fleshed out enough to feel living, breathing, discernible.

Daniel Wu plays the mission chief who must make life-or-death decisions in seconds. Anamaria Marinca, as the pilot, exudes calm wisdom as she sits alongside him. "District 9" star Sharlto Copley injects the few bits of humor that exist here as the American chief science officer. There's also Michael Nyqvist, star of the original Swedish "The Girl With the Dragon Tattoo" and its sequels, as the ship's veteran engineer. The Audrey Hepburn-esque Karolina Wydra plays the crew's marine biologist. Finally, Christian Camargo rounds out the team as a fellow scientist (and the least-developed character).

Although it's edited in non-chronological order, "Europa Report" still reflects the optimism of the mission's beginning, the no-nonsense way the astronauts react to their loss of communication, and eventually the deteriorating situation that traps them. The perils that emerge create a great deal of tension, but despite the horror film flavor, this is not a graphically violent film. When characters die, it's never gory. The peaceful calm of letting go feels poignant rather than frightening.

With its crisp, minimalist visuals (the work of "127 Hours" cinematographer Enrique Chediak and Oscar-winning production designer Eugenio Caballero), "Europa Report" knows who its cultural forebears are, and knows that you know them too. A snippet of Strauss's "The Blue Danube," used so famously in Stanley Kubrick's "2001: A Space Odyssey," plays at a key moment, but it's just a taste—enough to bring a knowing smile to your face, mercifully not so much as to constitute full-on parody.

"Europa Report" also evokes "Moon," Duncan Jones's excellent debut feature, in that it accomplishes a lot with a little; on limited resources, it suggests both the claustrophobia of tight, lived-in spaces and the infinity beyond. What it lacks is the emotional wallop of Jones' film. But while the climax feels a bit, well, anticlimactic, at least it's consistent with movie's thoughtful, restrained tone. 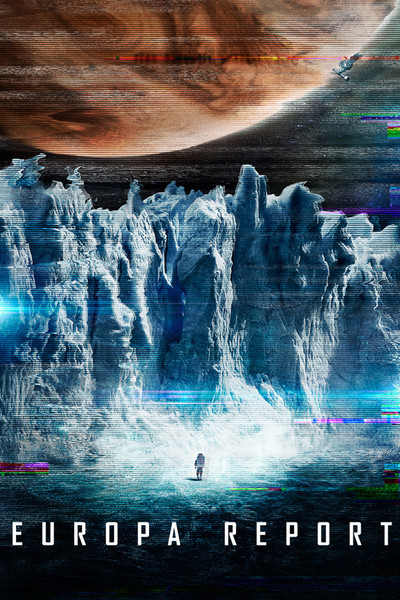