That, my friends, is "Dumbbells" in a nutshell. It's a low-budget throwback to the sex comedies of the early 1980s: cheap, silly movies crammed with gross, raunchy hijinks like "Porky's", "Spring Break" and "Private Resort" (which featured a young, little-known Johnny Depp). All the dudes are idiots. All the women are nubile. Everyone is looking to get laid.

But those movies at least had—and I can't believe I'm about to type these words—a consistent ethos, a focus. "Dumbbells" begins life as a wacky sex comedy, then morphs into an unlikely-buddy romp, then winds up as a feel-good story of teamwork and redemption. But no matter what mode director Christopher Livingston's movie in, it's not funny. And it's edited in such an incoherent manner, it often feels like some sort of stream-of-consciousness film school experiment.

Worst of all: "Dumbbells" is never as shocking as it so desperately strains to be. What is shocking is the fact that this movie is seeing the light of day in actual theaters—even during the January dumping-ground time. Perhaps the best thing that can come out of "Dumbbells" is that it will provide hope to young filmmakers who have a real voice and vision: You too can get distribution.

Brian Drolet, who co-wrote the script, stars as Chris Long, a former college basketball phenom whose dreams of playing professionally disappear when he suffers a career-ending knee injury. Adding insult to said injury, Chris' blonde, materialistic girlfriend, Kim (Mircea Monroe), walks out on him when it becomes clear that he has no future in the NBA.

Jack is buffed and tanned and comfortable with his nudity—and he thinks everyone else should be just as much of an exhibitionist, making the gym the setting for a trashy reality television show and changing its name to Dumbbells. His makeover includes the arrival of the Dumbbell Girls: beautiful, toned young women in tight tank tops and itty-bitty shorts who do nothing but dance and bounce around. Surely the only person suitable to host such a quality program is Fabio, who plays himself in an extended cameo. (Carl Reiner, Tom Arnold and Jay Mohr are among the other actors who make brief, inexplicable appearances. Nobody needs work this badly but these guys especially don't.)

After initially clashing, Chris and Jack become pals and partners. Chris also has a flirty thing going with Jack's niece, Rachel (Taylor Cole), the only woman who's not a shrew or a slice of cheesecake (and, coincidentally, the only tolerable character in the film). Rachel actually functions at the opposite end of the spectrum: polite and wholesome, she even works with underprivileged kids on Saturday mornings.

When Jack discovers he's lost his fortune to the cult he escaped from -- don't give it much thought, no one else involved did -- he must work with Chris to get the money back and reopen the gym. This process features the inclusion of Katrina and the Waves' truly evil "Walking on Sunshine" not once but twice (and not even ironically) as well as—you guessed it—more scantily clad women. 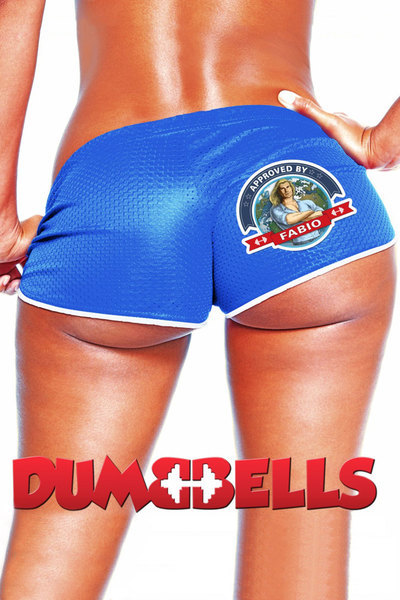 Jaleel White as The Leader