Brenda Myers-Powell, an ex-prostitute who has devoted her life to helping at-risk women and girls through her organization The Dreamcatcher Foundation, is the compelling subject of veteran filmmaker Kim Longinotto's new documentary, "Dreamcatcher," debuting on Showtime tonight, March 27, 2015. "Dreamcatcher" is an intimate portrait of one woman up against the systemic problem of human trafficking, child abuse, and violence, and her commitment to try to make a difference, one individual at a time. Despite the harrowing stories that fill the film from start to finish, "Dreamcatcher" is not hopeless. How could it be hopeless when there are people like Myers-Powell in the world? She is a living example, and she takes that responsibility seriously. As she says at one point, "If you know somebody got your back, you'll make it."

Even just one "witness" (a guidance counselor, a teacher, a grandparent) can make a huge difference to an at-risk person in a violent situation. To many of the people Myers-Powell works with, she is that witness. The first witness and the only witness. Because she herself is a survivor (of a terrifying and violent childhood, followed by years on the streets as a prostitute), she carries with her an authority that resonates deeply with the people still in the midst of their chaos. You can almost see the realization dawning on the faces of these women and girls: Wait, if she got out, then could that be possible for me, too?

That process, encouraged by Myers-Powell's non-judgmental space of listening and support, is what Longinotto captures so effortlessly in "Dreamcatcher." Longinotto travels alongside Myers-Powell as she makes her various rounds: through the rough neighborhoods of Chicago where the prostitutes work the streets ("Y'all need any condoms?" Myers-Powell calls out the window at them), to juvenile detention centers, to prison, to high schools where she runs weekly after-school workshops.

One can understand why Longinotto would be attracted to Myers-Powell as a subject. Myers-Powell is a dynamo of empathy and action. She is funny, smart, compassionate, and powerful. She has a different wig for every occasion. She is shown fielding phone calls from battered women, teenage runaways, prostitutes looking to get out of the life, all as she applies her feathery false eyelashes in the bathroom mirror. She drives around at night talking to prostitutes, offering them help, should they ever be ready to accept it. Many of them take her up on it. Her work is mostly unpaid. She runs workshops for people in prison for prostitution. She talks on their level, saying to a group of female convicts, "Rule #8 in the pimp's code is Never let a Ho like another Ho." Women bonding and helping one another is a threat to the status quo, and Myers-Powell knows that breaking that code of silence is the linchpin of much of what she does. The multiple shots of women listening to one another, nodding in understanding, reaching out to touch someone else in support, shows the powerful space that Myers-Powell helps create.

Survival to these women means a grim white-knuckling endurance test. Myers-Powell shows that survival can also be a triumph. However, she is not a superhero of inspiration, and in one of the most touching scenes in the film, she breaks down, worrying about the women relying on her, worrying what they will do when she takes a couple of weeks off to get knee surgery. In that scene, you sense the fragility of what she has created, the one-woman-show aspect of it, as she picks up the slack from exhausted social services and overworked child protection agencies. Myers-Powell helps people who don't even have a concept that help is possible. Myers-Powell listens to them, never betraying shock or disappointment or even surprise at the terrible events they relate, and it is through her listening that new possibilities open up. You can change people's lives by how you listen to them, and that transformation occurs in the various people we meet over the course of the documentary: Marie, an exhausted pregnant prostitute who has lived on the streets since she was 8 years old; Sharita, a teenage girl living with her older boyfriend to escape the chaos and violence at home; Temeka, a teenager working as a prostitute because her mother beats her and she can't take it anymore.

The world portrayed in "Dreamcatcher" is brutal and relentless, a gigantic turning wheel of violence transmitted down through generations. It is a world where the rules are set and unquestioned, a world that protects its predators, and punishes its victims. To be a documentary filmmaker of Longinotto's caliber (her former films include "Divorce Iranian Style," "Salma," "Rough Aunties") you must be a world-class trust-builder. Only when people trust you and the good intentions of your film, will they give you access to their experience. Longinotto's camera is allowed to witness some of the most intimate secrets of these women's lives, and that fact alone is a great testament to the filmmaker and her process.

[Disclaimer: "Dreamcatcher" was finished in part due to a grant from The Ebert Foundation.] 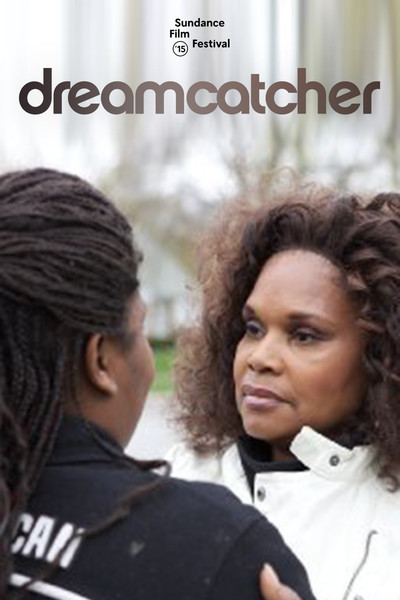