Down a Dark Hall

A gothic boarding school. Five difficult young women with troubled pasts. One vampiric headmistress, played by the peerless Uma Thurman with a knowing dose of humor. In an ideal world, the compelling on-paper features of “Down A Dark Hall,” an adaptation of the classic 1974 Young-Adult thriller by the celebrated author Lois Duncan (of “I Know What You Did Last Summer”), would translate into engrossing chills in an entertaining horror package. Yet “Buried” director Rodrigo Cortés’ mild supernatural mystery often feels like an incomplete genre exercise; one that reluctantly tiptoes around its “Suspiria”-for-teens premise, without fully utilizing the visual possibilities and ripe thematic assets at its disposal. Somehow, neither the plentiful creaky floorboards that the story rests on nor Thurman’s spot-on, French-accented coolness manages to send shivers down the audience’s spine through this allegorical and bitterly timeless tale of female exploitation.

And yet, the aforementioned shortcomings are hardly the fault of YA, a genre that is often (wrongly) dismissed as slight and lowbrow but continues to give young female actors the rare gift of meaty parts. While this is also technically true for “Down A Dark Hall,” its script (co-written by Michael Goldbach and Chris Sparling) limits the film’s talented ensemble of players by neglecting to build them out as full-fledged characters we can slowly get to know and care about. This oversight is even the case for the film’s main protagonist Kit Gordy (AnnaSophia Robb, of “The Way, Way Back”), a challenging young woman with a fiery temper and a long history of academic suspensions.

We meet Kit on the heels of an arson attempt; while she recites an unconvincing apology to her school’s principle figures on how she’s learned a valuable lesson from her misbehavior. Her feeble appeal falls on the deaf ears of her desperate parents and unimpressed educators—soon, Kit finds herself at the alarming gates of the vast and eerie Blackwood Boarding School, run by the peculiar Madame Duret (Thurman). The headmistress, who carries faint echoes of Warden Norton (of “The Shawshank Redemption”) and Reverend Mother (of “Novitiate”), calls Blackwood “an alternative to prison,” where problematic girls like Kit would somehow achieve greatness in what she considers the four main pillars of knowledge: mathematics, literature, art and music. Except, none of the five financially privileged students—yes, there are only five of them—abandoned at the mysterious mansion by their families (including Kit, a barely moderate piano player), seem particularly gifted in any subject.

But then again, perhaps they are. Soon enough, Sierra (Rosie Day) starts churning out landscape masterpieces in the vein of the 19th Century artist Thomas Cole. Under the guidance of Jules (Noah Silver), Madame Duret’s dreamboat son who teaches music, Kit rises to the occasion as an astonishing pianist. In the meantime, the sharp Izzy (Isabelle Fuhrman of “The Orphan”) and the relatively agreeable Ashley (Taylor Russell) ace the remaining subjects. Each of the girls goes through a frightening, trance-like state when outperforming their newfound talents while the hard-edged Veronica (Victoria Moroles, a standout), the only unaffected one of the bunch, stands her ground with anger in front of a disapproving Madame Duret. As the ensemble’s talents start to prove dangerously self-destructive, the story’s supernatural dimension comes into earnest focus, paying off the title card that prefaces the film: “Sing in me, Muse, and through me tell the story…” Homer, The Odyssey

When the source of the students’ implausible gifts is finally disclosed after Kit’s bravely high-risk investigations through restricted rooms and dusty bookshelves, the impact of the reveal feels neither frightening nor shocking. While the entire young cast delivers deeply committed and convincing performances in the shoes of distressed teenagers, “Down A Dark Hall” invests little time towards unlocking the cause of their individual adolescent agonies. Similarly, Cortés’ film doesn’t concern itself nearly enough with the bond that forms among the group of girls, watering down the significance of their eventual union of survival against the evils of their boarding school. Blackwood’s dimly lit, claustrophobic chambers and wind-swept curtains render adequately ghostly, and the escalating visual effects manage to bring abundant gothic creepiness to life. Still, the temporary pleasures of “Down A Dark Hall” prove to be as suddenly forgettable as the girls’ illusory faculties. 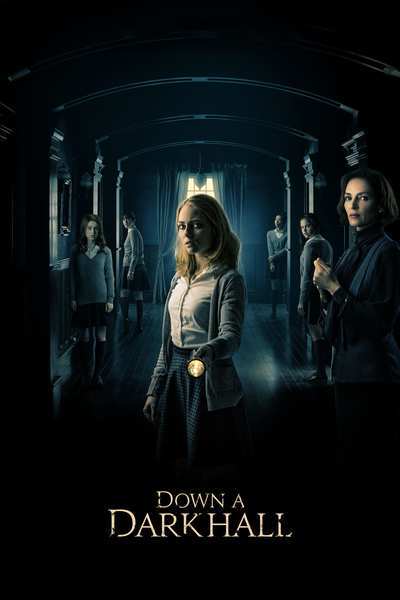