Do I Sound Gay?

David Thorpe’s documentary, “Do I Sound Gay?” is a bit less blunt than its title, but it is just as provocative. It explores the notion of one’s voice being a signifier for one’s sexuality, raising some interesting observations about why that is, and whether it is even true. The film scratches a lot of surfaces, never venturing too far down the interesting paths it divulges. However, what it does explore makes it a satisfying, lighthearted look at one man’s search for perceived vocal machismo.

Up front, Thorpe admits that many gay men affect aspects of what could be considered the “standard gay voice.” He recalls a visit to Fire Island where, en route, he noticed how his fellow commuters spoke. In some ways, the similarities in everyone’s cadences annoyed him. Making matters worse, he has just broken up with a boyfriend who decided he wanted someone more “straight-sounding” than anybody on the train, Thorpe included.

As examples of the kind of voice Thorpe is discussing, “Do I Sound Gay?” brings in Paul Lynde and Charles Nelson Reilly. The former delivers a “Hollywood Squares” punchline that’s as politically incorrect as it is hilarious, and the latter is seen rolling his eyes and antagonizing Brett Sommers on “Match Game.” Since TV wouldn’t allow blatant homosexual displays back then, I always thought Lynde, Reilly and others used their voices as a subversive way of communicating with LGBT members who watched them. They were also able to get away with verbal murder simply because of the way they sounded—they could say almost anything. This particular aspect of their voices remains curiously unexplored by Thorpe, though I sense it might be a reason why one would mimic their manner of speaking.

“Do I Sound Gay?” does ask some thought-provoking questions about where this particular “gay-sounding” voice comes from: Is it a subconscious mimicry of the female voices of one’s relatives? Is it a means of telegraphing so that other gay men know of one’s existence? And is a lisp an early indicator of homosexuality? (One interviewee jokes that his speech therapy classmates proved that it is.) Thorpe asks celebrities like David Sedaris and Dan Savage about these ideas, getting candid responses from each about whether they believe they sound gay. Sedaris makes a memorable, stinging observation about the conflicted feelings that occur when one is misidentified as straight.

To get some professional answers, Thorpe enlists a speech coach who will serve as more than just a research reference. Because of the ex-boyfriend debacle, Thorpe decides to alter his voice in the hopes of sounding less perceptibly gay. The speech coach listens to his voice, then sets out to help him not only deepen it, but to lose all the indicators of what’s considered a gay voice. She trains him to change vowel and consonant sounds (“you hold them too long,” she says at one point), and gives him flash cards to practice with at home. We hear Thorpe practicing several times, and for a while “Do I Sound Gay?” seems primed to end with the vocal equivalent of the sports movie “big game” cliché: Will Thorpe successfully pull off sounding more macho than John Wayne? And will he use his new voice talents to find a man?

Of course, you already know how this is going to end. “Do I Sound Gay?” is a paean to LGBT self-acceptance regardless of how one sounds. Despite the predictability of its outcome, this is still a worthwhile documentary. Thorpe is an engaging presence, and he gets really good sound bites from his interviewees, including George Takei and, most shockingly, Don Lemon. Thorpe also keeps things moving, clocking in at a way-too-short 77 minutes.

Though we’re not given enough material to draw a solid theoretical conclusion about why someone would evaluate sexuality based on voice alone, the film still twists the viewer’s arm, forcing one to question one’s own ideas about whether the human voice has telltale signs. It also challenges your own thoughts about whether “sounding gay” is a bad thing in this day and age, and may even make you ponder the titular question for yourself. 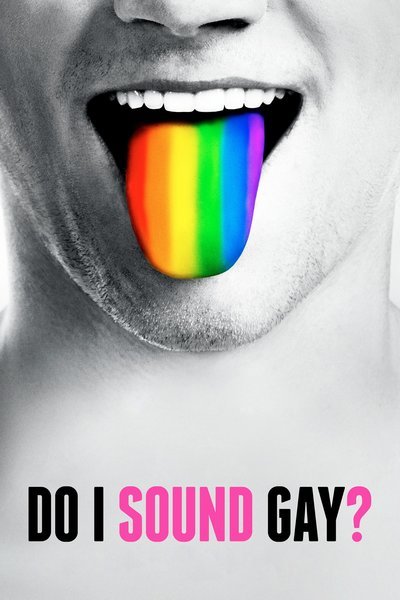