A tense battle of wills between a Nazi general and a Swedish diplomat over the fate of Paris in the waning days of World War II gives director Volker Schlondorff the premise for a compelling historical drama in “Diplomacy,” which benefits greatly from the razor-sharp, theater-honed skills of two formidable French actors, Niels Arestrup and André Dussollier, who created the roles on stage.

The characters they play, General Dietrich von Choltitz (Arestrup) and Consul Raoul Nordling (Dussollier), are real figures. It deserves noting, though, that the long overnight encounter between the two men we see in the film never happened. A somewhat more accurate account of their interaction can be found in the 1966 movie “Is Paris Burning?”, directed by René Clément and scripted by Gore Vidal and Francis Ford Coppola from the bestseller by Larry Collins and Dominque Lapierre. There, Nordling (played by Orson Welles) negotiates with von Choltitz (Gert Frobe) regarding the French Resistance, not the destruction of Paris, days before the climactic night of August 24-25, 1944.

The conceit of Cyril Gely’s play (adapted by him and Schlondorff), which brings the men together on that night, is certainly defensible in that it gives a tight human focus to a decision that could have resulted in an unimaginable mass horror.

Indeed, the prospect of that event looms over the film’s drama, giving it great emotional punch even though we know the story’s outcome. Unlike most movies, where the horror arrives climactically, here it comes in the opening minutes, when von Choltitz and his staff coldly go over their plan for the imminent destruction of the French capital.

Hearing this can still give a viewer chills. Every bridge in Paris (except the Pont Neuf) has been loaded with explosives. When these go off, the Seine will burst its banks and the whole southeastern quadrant of the city will be flooded. Then other detonations will destroy most of Paris’ great monuments: Notre Dame, the Louvre, the Opera, the Arc de Triomphe, the Eiffel Tower. Fire and floods will kill countless people, and the approaching Allies will find smoldering ruins where Paris once stood.

Von Choltitz has been personally assigned this action by Hitler, who is enraged that Berlin is in flames while earth’s most beautiful city survives unscathed. As “Diplomacy” opens, the General is in his quarters in the Hotel Meurice, on the Rue de Rivoli, when Nordling suddenly appears. The Swede explains that the room has a secret entrance that Napoleon III once used to visit a favorite mistress. This odd proof of his own personal vulnerability only slightly unnerves von Choltitz, who orders the entrance investigated while he deals with the diplomat.

Nordling has a letter from a French general about arranging for the Germans’ peaceable surrender of the city. Von Choltitz tears it up without opening it. His father and grandfather were soldiers, he has destroyed several other cities and liquidated the Jewish populations of some, and he’s fiercely loyal to the Nazi cause. There’s nothing that will keep him from following Hitler’s barbaric orders.

The elaborate colloquy that follows hinges more on personalities and occupations than ideologies. Von Choltitz is the consummate military man, erect, disciplined and obedient to the hierarchy that contains him. Yet he also seems an intelligent and somewhat cultured man, not immune to arguments about the beauty and importance of Paris. For his part, Nordling is tactful and discerning, firm when it will benefit him yet also yielding when it’s strategically advantageous. He appeals first to the General’s pity and sense of wrong.

When this doesn’t get him far, he says then don’t spare the city for the French, do it for your own grandchildren, so that their relations with the world aren’t poisoned for generations to come. Both men know the war will be over soon and nothing of its outcome would be changed by Paris’ destruction, so both see reasons to look to the future and try to lessen the calamities that lie between now and an armistice.

It’s a good argument, but von Choltitz has a devastating comeback. Just recently, he says, Hitler has issued a decree that he thinks may be primarily aimed at him. It orders that the families of any soldier who disobeys orders can be punished for their crimes. Thus he fears that if he doesn’t proceed with the city’s destruction, his wife and three children will be arrested and executed. “What would you do if you were in my place?” he asks. Nordling is stunned into silence.

Essentially a two-hander even though it contains a number of minor characters, the film proves consistently absorbing thanks in large part to the adept, expertly calibrated work of its leads. As von Choltitz, Arestrup exhibits a powerful physical presence while also showing himself vulnerable in ways both physical (his asthma is an important plot point) and emotional. And Dussollier’s Nordling suggests the mercurial mental agility of a man who, like a chess master, is obliged to make quick, complex calculations.

Schlondorff brings an elegant precision to the film’s direction. He and cinematographer Michel Amathieu used two hand-held cameras in shooting the scenes between the two leads, which helps preserve the freshness and immediacy of the performances. And the film never feels place-bound, as some stage adaptations do, since we frequently glimpse (or the story jumps to) the story’s most important character: Paris itself. 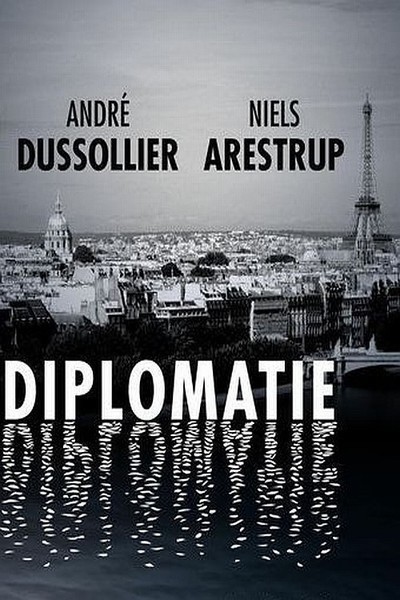