Fun fact: this movie has been kicking around since 2014, when it played the Carmel International Film Festival under the title “Case #13.” As of this writing (January 15, 2018), “Case #13” and “Delirium” are listed as two separate movies in the IMDb directorial filmography of Johnny Martin, a longtime stuntperson and actor who made his feature directorial debut with this picture.

Even if it had actually been released in 2014 (the sole showing, according to the IMDb, was at the Carmel International Film Festival that year), “Delirium” would have felt at least a trifle dated. The opening scene sets up a large portion of the premise: subjective camera in the mode of a million other found-footage horror movies. And of course it’s nighttime. And of course there are a bunch of bros with flashlights. Running. Towards something. Being chased maybe. But they’re somewhere they’re not supposed to be. And there’s an abandoned swimming pool that’s pretty funky. And a red rubber ball that comes from out of nowhere. And a little girl sitting in the corner of the of the pool away from one of the bros. Will her face be bloodied, or horribly scarred, or in some other way misshapen, when she turns to face the bro? Of course it will be.

Written by Andy Cheng and Lisa Clemens from a story “by” Martin (I put quotes around that word because given how much blatant borrowing this scenarios does from “The Shining” and other horror classics or near-classics, the scenario is more a collage than an original creation), “Delirium” then goes back in time and unsuccessfully attempts to differentiate the bro characters and give them a sense of mission. The bros, a self-described “Hell Gang,” are initiating a new member, and there’s a dare involved. Get to the porch of a deserted mansion where a crazed doctor murdered more than a dozen of his own children, and stand at its porch in the dead of night. Chronicling the whole thing on video will be Chase, and most of the movie is told from his camera’s point of view.

The action proceeds in what I came to see as movements; first there is the “What happened to Eddie” one, in which the Hell Gang start worrying about Eddie, the initiate who seems to have gotten to said porch but hasn’t come back. Then there’s the “What’s wrong with Chase” movement, in which Chase, nerdy-intellectual of the group (I guess, given his glasses) seems possessed despite his deep knowledge of the grisly events that took place in the house the Hell Gang have broken into in search of Eddie. Then there’s the “No, Muzo” movement, in which the boys tell the jock, Muzo, “no.”

Various ghosts and ghouls enter the shots at times, and there’s even a naked seductive girl ghost (and yes, she is introduced in a manner that recalls “The Shining”). In spite of creating a mental atmosphere of mildly irritated indifference in this viewer, the movie has some real filmmaking talent behind it. Director Martin has a way with a camera, and in cutting between the “found” footage stuff and an ostensibly objective camera within scenes he creates some unusual rhythms that would, I think, have yielded genuine suspense had they involved characters that weren’t complete yawns. Had this been the work of a young novice filmmaker, I would say it showed some promise. But as it happens, Mr. Martin is approaching his mid-fifties. He should look for better writers, to begin with. 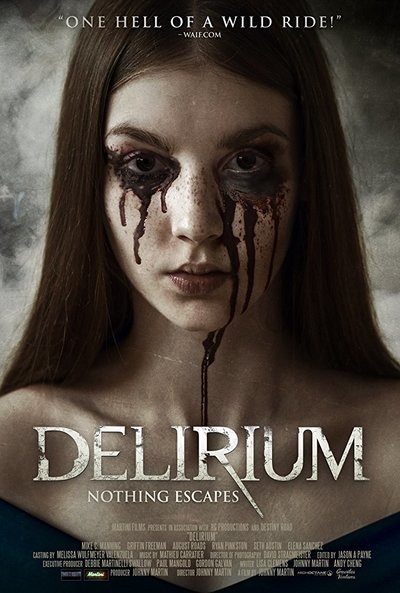