“Daylight” is the cinematic equivalent of a golden oldies station, where you never encounter anything you haven't grown to love over the years. It stars Sylvester Stallone as a disgraced former chief of the rescue service, who happens to be on the spot when an explosion rips through the Holland Tunnel, sealing both ends and trapping the usual assortment of character actors in the middle. Stallone may have lost a few men in the emergency that got him canned, but he, and only he, knows how to save those lives.

Every group of trapped civilians always includes one hothead who wants to take command, one tearful child, one bickering couple, one heroic guard, a few bad guys who turn out to be good guys, and, yes, one dog. The mommy in one family helpfully reads a description of the tunnel aloud, so her family can appreciate the experience they are having, and we can get information crucial to the plot.

The setup: three trucks loaded with toxic waste head into the tunnel from Manhattan to New Jersey. They are soon followed by crazed diamond thieves, whose decision to evade police pursuit by driving into the tunnel is not one of your brighter criminal plans. They crash their car into the waste trucks, causing an inferno.

The movie then pays homage to the special effects cliché of the year, the Visibly Approaching Fireball. The best science available informs us that an explosion expands too quickly to be seen at close quarters--but not in the movies, where the occupants of cars have time to see the approaching fireball, scream and duck behind the dashboard. Presumably the fireball is super-hot and consumes all of the oxygen available, although luckily it is not quite hot enough to melt the cast, which is left with “enough air for three hours.” Hello! *Three hours* of air? I eagerly started looking for a red digital readout clock that would count down the minutes and seconds. All disaster movies have one. “Daylight,” alas, doesn't supply a digital readout for the potential asphyxias. But it has several in a crucial sequence where Stallone has to enter the tunnel by lowering himself through a series of four giant exhaust fans. (The fans can be shut down for 60 seconds, but not simultaneously, and only once; not a very flexible capability, eh?) Stallone has a limited number of seconds to drop through the blades of each one before it starts spinning again. And what's installed on the wall next to *every one* of the four fans? A nice big red digital readout clock, that's what--which tells how many seconds until Stallone gets sliced and diced. (The digital clocks were presumably installed by the same spendthrifts who provided emergency lighting in all areas of the tunnel that are sealed off so nobody can enter them.) Once into the tunnel, Stallone deals with the usual Trapped Civilian Character Dilemmas. A few of the characters are interesting. I liked Stan Shaw, as the tunnel guard who keeps a cool head (although early in the picture, I knew he was making a big mistake when he promised his girlfriend, “I'll give you that bracelet tonight”). Viggo Mortensen has some juicy moments as a business tycoon and hero mountain climber, who always travels with his equipment and announces a plan to climb up a tunnel filled with risky debris. (I knew he was making a big mistake when he promised Stallone, “I *cannot* fail.”) Stallone is good, too, in a thankless role. At one point, when a trapped civilian asks him if they have a chance, I expected him to say, “Calm down, lady. I've done this in a dozen other movies.” After the explosion and the fire comes a flood. And a lot of rats. This is the kind of movie where when one rat turns up in an early scene, you know a lot more rats will turn up later. And when they do, your onboard movie computer starts humming, and you successfully predict that if there's an escape route anywhere in the tunnel, those rats will know it.

The only bad guys in the movie are the city officials, who set up a command post and seem to feel it is extremely urgent that they blow up the tunnel before any possible survivors have a chance of escaping. Unwise as this would be, it pales beside the speech of a city official who nixes the plan: “That tunnel is an artery! Do you think you can try to redirect half a million people in and out of the city!” Say what? Does she think the tunnel is still usable, now that both ends have collapsed and there are fires, floods and rats in the middle? New York commuters are masochists, sure, but I don't think many of them are going anywhere near that artery again until they see Mayor Giuliani having breakfast with Regis and Kathie Lee right there on the double center line. 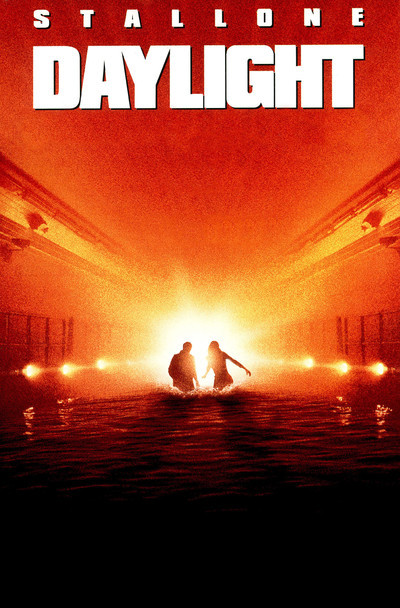