“Dark River” is the kind of movie that mistakes rumbling storm clouds and restless sheep for plot development. In fact, there’s almost no plot to speak of, and the film becomes a prime example of why writers need to write story first and not theme or even character. Writer/director Clio Barnard clearly developed the character of Alice (Ruth Wilson) with the best of intentions. Working from a book by Rose Tremain, Barnard was likely drawn to the theme of overcoming trauma and how that could be reflected in the story of an Irish woman returning to a family home on which she had not set foot since leaving her abusive father (Sean Bean). And then she stopped. There’s a character here, and Wilson does her best to sketch in the emotional trauma of her background, but everything in “Dark River” feels like it’s designed not with real people in mind but with Serious Independent Cinema in mind. It’s a movie so filled with pregnant pauses and pretentious looks that it never develops an emotional undercurrent at all.

Alice returns to her family farm, 15 years after leaving home. In flashbacks, we see glimpses of the trauma of her teenage life, including shots of a worried teen version of Alice and her father (a nearly dialogue-free Bean) portentously opening the door to her room. From the minute Alice returns, she even sees glimpses of her father, and can’t climb the stairs to her own room. Wilson, such a phenomenal actress on TV in shows like “Luther” and “The Affair,” conveys the crippling paralysis that can come with abuse and trauma, but Barnard leaves everything around her too purposefully vague. Why Alice goes from never wanting to come near her family again to fighting to save the farm simply isn’t clear, and that leaves a black hole in the center of “Dark River.” We need to believe that Alice would return home and fight to overcome her trauma instead of just that she’s there in service of a movie plot.

When she returns, Alice encounters her deeply troubled brother Joe (Mark Stanley), who is not at all excited to see his estranged sibling. Joe has been taking care of the farm and his ailing father while Alice has been away, and the two begin a struggle for control over the land and its deeply symbolic sheep. Through brief flashbacks, we get more information about their past together, but “Dark River” is primarily a two-hander between two siblings who really don’t get along, with the occasional break for someone to come and inquire about the state of the farm or some shots of gutting animals designed to mimic realism.

Barnard is a talented filmmaker and Wilson a great actress, but both get caught in the riptide of a movie that just never fleshes out its setting or purpose. Independent cinema is full of films about people overcoming trauma, but the ones that stand out resonate not because they hit the same manipulative beats but because they make us believe in the people at their center. To be blunt, “Dark River” is a movie that’s constantly reminding you it’s a movie. And, while the subject matter of trauma may always be relevant and important, it reminded me of one of my favorite Roger Ebert quotes: “It’s not what a movie is about, it’s how it is about it.” The “what” may be powerful here but the “how” is most certainly not. 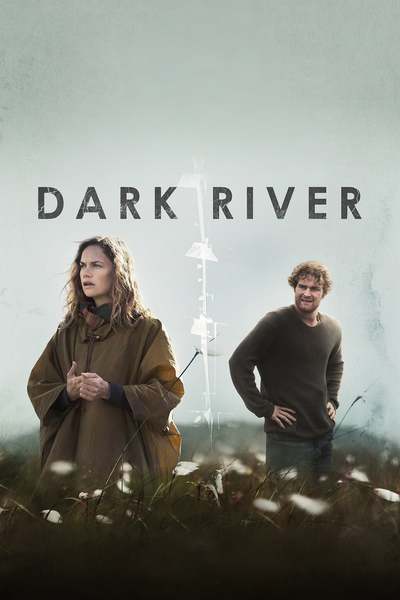 Writer (based in part on the novel by)