The thing about adolescence, while you're in it, is that it takes so damn long. The future is so close you can touch it, but in the meantime, life is a prison sentence: adults telling you what to do, where to be, treating you like a kid, when you are not a kid at all (in your own mind, that is). One of the things that "Cusp," a documentary by Isabel Bethencourt and Parker Hill, about a trio of teenage girls living in a small Texas town, does really well is evoke that in-between agony, of being still a kid, but on the "cusp" of adulthood, yearning for freedom, independence or ... in the case of these girls ... escape. As one of the girls says, when she turns 18 she is going to leave "and never see my parents again. I am never ever ever coming back here." You believe her.

Brittney, Autumn, and Aaloni are 15, 16 years old, and it is summertime. The summer is aimless and endless, and also intense and eventful. "Cusp" has some serious things to say about teenage girls and the dangers surrounding them, but the directors have embedded themselves so totally in the girls' world, and the girls are so seemingly casual about all of it, that there's a disconnect at work. Some might find the disconnect disconcerting, and they would not be wrong. But "Cusp," with its dreamy imagery of golden sunsets and thunder-y twilights, empty Dairy Queen parking lots, and birds taking flight, is a mood-driven piece of work, sensitive to landscape and environment, and the girls' casual comments about rape (just one example) stand in stark contrast.

The girls are often filmed sprawled out on one of their beds, long limbs intertwined, the casual and comforting pig-pile of lazy teenage girls. Their subject matter is often serious. Their home lives are less than ideal, and in some cases fraught with violence. They are in each others' business, as good friends always are. They go to swimming holes, they stroll along dirt roads, phones sticking out of the back pockets of their short shorts. They sneak out of their houses to go to a party in the woods, a party broken up by the cops.

The first shot of "Cusp" is almost eerie: Two girls sit on a swing as two boys in the background shoot guns at a target, strolling into frame wielding gigantic automatic weapons. Nothing is strange about this to the kids in question. One of the boys starts pushing the girls on the swing, and the girls shriek and laugh. It's an excellent shot, although self-conscious in its juxtaposition: it is the view of an outsider. The rest of the film avoids this type of explicit commentary. "Cusp" mostly lives on the inside, in the thick of it with the girls.

Voiceover narration shows up intermittently, and the girls narrate their lives in almost deadpan fashion. Brittney: "I party every day. Gives you something to do." Aaloni: "I'm not scared of shit." Autumn, memorably: "Personally, I f**king hate teenagers. Yes, I'm saying I hate myself." Brittney brags that everyone wants to be friends with her. Her inflated ego is a smokescreen: as her story unfolds, she seems like the one most at risk, the one closest to being derailed by what are usually called "bad choices." When you hear Brittney's backstory, her "bad choices" don't look "bad" at all. They look like a rational response to the chaos in which she has been raised. Aaloni's mother is a "cool mom," smoking and drinking with her daughter, and giving her alarming self-defense tips ("Punch her in the crotch where you won't leave a mark.") Aaloni's dad, never seen, is a war veteran with PTSD, and the entire family walks on eggshells to avoid his temper. And finally, there's Autumn, a fragile intelligent girl, who was molested by a friend of her mother's. Autumn was not believed when she told her story, and the mother subsequently abandoned the family. Autumn now lives with (and takes care of) her ill father, and has fallen madly in love with a boy named Dustin.

If anyone thinks that today's teenagers are somehow more enlightened, or more "on top" of things than previous generations, "Cusp" will be a cold shower of reality. The girls understand everything that's happening to them, but they don't have the skills to ward off a lot of it. All of them have been raped or at least bullied into sex. They all know it's wrong, but they don't seem to know what to do about it. Most ominously, they "party" with a group of older guys, 19, 20, etc. One guy asks, "How old are you again, Brittney?" "Fifteen." Awkward silence. Sitting in that trashy house with those bearded party boys, the girls seem heartbreakingly young. Brittney is now living with one of them, mainly to escape her alcoholic parents. But she shows a canny sense of what's going on: "I guess he woke up one morning and totally forgot about my age."

Bethencourt and Hill's approach is so intimate (they both shot the film) that questions of exploitation have arisen in some early reviews. So much of this film is about consent. The girls know what consent is, but they talk about how much it doesn't seem to matter. The boys are too strong. When the girls say "No" they aren't listened to. Clearly the girls consented to be in "Cusp," but they are still minors. While it's troubling to see them hanging out with older guys, it's also troubling to consider what will happen to the girls when "Cusp" comes out. Their most intimate secrets are revealed. They seem so unprotected as it is: the adults in their lives barely notice what's going on.

There's been some snobbery in some of the reviews I've seen, one male reviewer moaning from his perch on high: "Do they have any opinions of the outside world? Do any of them read, watch stuff online, or do anything other than bicker, hook up, and hang out?" When you're a 15-year-old girl, a lot of life happens when you're "bickering, hooking up, and hanging out." His concern-trolling over their lack of what he considers to be interesting or intellectual behavior just shows how much girls are still seen as public property, constantly judged and found wanting.

The final montage sequence at first struck me as not only unconvincing but a mistake. It strikes a positive—and therefore off-key—note. But then I thought of my pack of high school friends, all of whom remain my friends today. We went through a lot of stuff like this. We talked about it. Bad stuff happened and we talked about it and helped each other through it. These girls have created their own world where they have each others' backs, because clearly nobody else does.

Now playing in select theaters, and premiering on Showtime on November 26th. 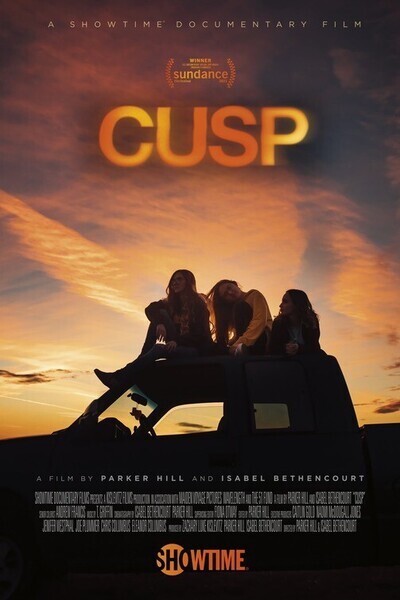