“This camp changed the world, and nobody knows this story.”

Produced by Michelle and Barack Obama, “Crip Camp: A Disability Revolution” is not your typical inspirational documentary. In my years in this business, I’ve seen a lot of manipulative documentaries that pull at the heartstrings—so many that I’ve grown a little immune to them and downright annoyed by the ones that feel more like exploitation than empowerment. This is not one of those movies. This is a movie that starts with powerful memories of childhood but uses them as merely seeds for something much greater—a look at how formative experiences can really shape the future. Expertly editing together moving interviews with its subjects with archival material, "Crip Camp: A Disability Revolution" becomes a commentary on how to change the world. It’s not just common human decency that should lead to equality for disabled people, but the truth that empowerment for everyone is the only path to true progress for anyone.

Streaming today on Netflix, “Crip Camp” starts with home movies and memories of life at a place called Camp Jened. Founded in 1951, Jened ran for about a quarter-century in the Catskills, open to young people with disabilities. What was remarkable about Jened wasn’t just the sense of family for people who felt ostracized by society but how that freedom of emotion and expression opened up entirely new aspects of the human personality for people being taken seriously for the first time in their entire lives. These kids who had to worry about getting around or being bullied were free to express themselves in ways that the counter-culture revolution of the ‘60s would help enable. When someone is told their feelings and needs are as valuable as anyone else’s, they feel able to express those feelings and needs in ways they never would otherwise.

And so “Crip Camp” draws the line from those days at Jened to the disability rights movement of the ‘70s, which included several alumni of the camp. The title is kind of misleading because most of the film takes place after camp goers' time at Jened. It follows several key alumni, and the directors balance them incredibly well in terms of focus, probably spending the most time with Judy Heumann, who led the cause for disability rights in New York City in the ‘70s and then became even more of a public figure during the 504 Sit-In of 1977, at which dozens of disabled people demanded equal rights by refusing to leave the Department of Health, Education and Welfare. The event got national attention and led to major change. The Black Panthers even ended up bringing the protesters food to keep it going.

Importantly, directors Nicole Newnham and Jim LeBrecht (a former camper) don’t use melodrama or manipulative filmmaking techniques to hammer home the clear lesson here, which is that Heumann’s passion and confidence likely doesn’t exist without Camp Jened. And they allow you to take that idea a step further and ask yourself how just listening to young people, abled or disabled, can give them the tools to express themselves in the future. The leaders of tomorrow need to be empowered today. With deep filmmaking empathy that strikes a remarkable balance between delivering a universal message and telling very individual stories, “Crip Camp” offers something we could all use more of—hope for the future. 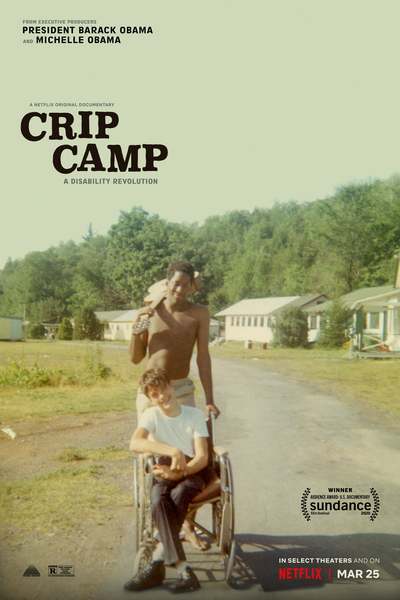