Sometimes the walls don’t have to be closing in to create an oppressive atmosphere. Sometimes it’s just enough to have the wallpaper closing in. In “Cordelia,” a thriller directed by Adrian Shergold from a script by Shergold and the film’s lead actress, Antonia Campbell-Hughes, the title character, who shares a home with her twin sister Caroline (also played by Campbell-Hughes), lives in a flat whose textured green wall coverings are pretty much the exact opposite of welcoming.

And Cordelia herself is a pretty chilly customer, albeit hardly without good reason. The movie opens in the London Underground, and an uncomfortable interaction between Cordelia and a blind man that culminates with Cordelia moving with dispatch through the car. When we next see her it's some time later—12 years, we learn eventually—and Cordelia, an actor, doesn’t take “the tube” anymore. Dropping in on a play rehearsal—of King Lear, as it happens, and she’s understudying a part, but not necessarily her namesake’s part—she makes her way back home by walking over Festival Bridge. She runs into an old acquaintance. He wants to catch up and she ... doesn’t. “You were the last person I saw before I got into that tube,” she reminds him. And he accepts that and moves on.

We don’t find out exactly what happened. This film premiered in England in 2019, and those inclined to historical math can infer that maybe Cordelia was a survivor of the London Underground bombing now called the “7/7 attacks” in 2005. But the movie’s not really asking the viewer to go that route.

But Cordelia’s dilemma is not stoked by the ogling eyes of men, as it was in the ‘60s film. There is a downstairs neighbor, played by Michael Gambon, whose weird vibe is not licentious. And then there’s the upstairs neighbor, Frank, who practices cello at almost all hours but plays well and seems relatively nice.

And most importantly, there’s the fact that “Cordelia” doesn’t stay tethered to what we would call reality. And the way it doesn’t stay tethered is what gives the movie its distinctive quality. Cordelia has bad dreams, and when she wakes up we’re not sure if she’s really snapped out of them. And Frank seems nice enough, but after he takes Cordelia to a weirdly deserted bar and he has to step out for some reason and she sees creep-shoot photos of herself and Caroline—or is it just her? or is it just Caroline—he starts looking pretty dodgy. Yes, Polanski’s film made its heroine’s hallucinations seem part of objective reality—hell, one of them pioneered an effect that’s still frequently, and still effectively, used as a jump scare—but in “Cordelia,” the borders between what’s happening and what’s happening in Cordelia’s head become increasingly porous, as the action itself becomes increasingly dire.

At the movie’s end, in fact, I was pretty irritated. The picture seemed to have split the difference between being shamelessly derivative and willfully obscure. Having turned it over, I’ve concluded that my frustration over what I considered a non-resolution did not compromise the movie's feeling of genuine creepiness. Sometimes that’s enough. 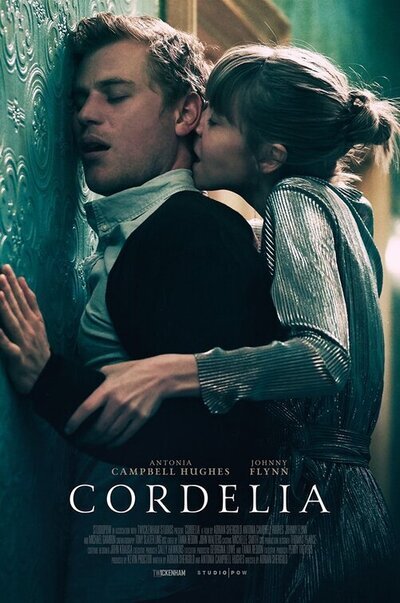