Pointless body horror sequel "Contracted: Phase II" doesn't develop its predecessor's concepts so much as it resolves all of the questions you never needed answered. It also follows all of the supporting characters from the first film that you you never needed to learn more about. Picking up where "Contracted" left off, "Phase II" begins with the violent death of Samantha (Najarra Townsend), a sexually-active young woman who suffers from a body-mulching virus that turns her into a rapidly putrefying woman-shaped meat-bag. "Phase II" follows the spread of Samantha's disease without delving into the knotty themes of sex-negativity and slut-shaming that the first film tackles with admirable confidence. One-note characters suffer the same symptoms that Samantha did in the last film, but never at the same length, nor the same kinds of psychological hang-ups. Beyond some effectively icky make-up effects, "Contracted: Phase II" sells nothing that viewers absolutely must buy.

While "Contracted" is an intimate character study, "Contracted: Phase II" aimlessly follows multiple characters. But of the film's ensemble cast, milquetoast beta-male Riley (Matt Mercer) is the film's clear lead. In "Contracted," Riley was a frustrated "nice guy." Which is to say: Riley, a shallow, shy young man who won't take "No" for an answer, chases after Samantha, a sensitive, questioning young woman who warily identifies as a lesbian, until she gives into her disease's symptomatic sex-lust and has relations with Riley. But in "Contracted: Phase II," Riley is just a frustrated victim who becomes an gun-wielding avenger once he sets out to kill B.J. (Morgan Peter Brown), the man responsible for giving Samantha her unidentifiable super-disease.

Riley's unconvincing transformation into a vengeance-seeking alpha-male is disappointing because Riley isn't much of a character to begin with. When we first rejoin him, Riley is getting tested for STDs. He's told point-blank by his sister's husband that men have a lower chance of catching STDs than women do. But because the double standard between how men and women's promiscuity is respectively treated is an interesting angle, the makers of "Phase II" do not choose to pursue it. Instead, they divide their time between mocking the vanity of Riley's pregnant, self-help-book-writing sister Brenda (Laurel Vale), and explaining B.J.'s background through cypher detective Crystal's (Marianna Palka) investigation. While that's going on, Riley's grandma Margie (Suzanne Voss) and Margie's care-giver Harper (Anna Lore) struggle to come to the plot's foreground. They never make it, and are ultimately treated like accessories to Riley's self-actualizing quest, as we are lead to anticipate in an early scene where Margie tells Riley to "[not] be a pussy" and drink the glass of whiskey she offers him.

Tantalizing details like that--when's the last time an older woman was allowed to drink without her taste for alcohol becoming the puchline to a dumb joke--are what makes "Phase II" such a chore. Following a myriad characters in the vain hopes of impressing viewers' with the scope of the original "Contracted" just doesn't cut it when our focus is on B.J.'s generic serial killer, and Riley's testy but equally forgettable would-be hero.

Riley only comes to life whenever he's picking at various little wounds all over his body. These scenes are filmed so effectively that viewers will feel vicariously relieved, particularly when Riley applies rubbing alcohol or surgical forceps to marks that eventually cover his entire body. One can't help but think admiringly of the body horror films of David Cronenberg, particularly "The Fly," during these scenes since they make viewers simultaneously wonder and repulsed at the discovery of new scabs, lesions, and other corporeal imperfections.

But once you start thinking of Cronenberg's monsters, one can't help but unfavorably compare "Phase II" to the first "Contracted." "Contracted" not only features more, but better gross-out body horror scenes. "Contracted" also has the knack for bratty provocation that will make viewers talk about and most likely violently disagree on the film's sexual politics. That knack for button-pushing is also reminiscent of Cronenberg's films, specifically early features like "Shivers" and "Rabid." Like those juvenile-but-satisfying films, "Contracted" gets viewers to see Samantha as a product of an inherently messed-up environment, one whose fixation and understanding of sex is inherently warped. "Contracted: Phase II" eschews that level of smart-ass nuance, and instead offers a cluttered horror-thriller about a guy with a bad infection, and a worse attitude. 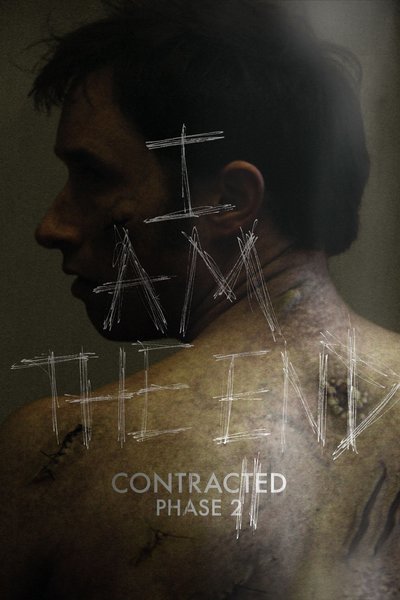