“Complete Unknown” has a killer opening sequence. Two young women, their faces tantalizingly kept out of frame much of the time, discuss a new living arrangement for one of the women, who’s back from a long time away, in an exotic location, where, she says, she worked with some “amazing botanists.” That woman, glimpsed in profile, is recognizable as Rachel Weisz. So, too, is the compassionate and competent hospital nurse seen in a couple of following shots. So, too, is the magician’s assistant working in a Chinese nightclub in the next few shots. So, too, is the somberly dressed woman sitting in a car parked outside of a suburban house, watching as an older woman drives her car out of the driveway and away from that house. Is this a woman with a lot of careers? Is this a clone?

Next we’re in a New York office and characters Tom (Michael Shannon) and Clyde (Michael Chernus) are discussing a matter of some import; Tom is drafting a sort of codicil to a piece of proposed legislation, and is concerned about “fall grazing trends,” and because he’s Michael Shannon, his concern is pretty intense. In short order, Weisz’s character is seen doing online research about the sandy-haired, goateed, slightly pudgy Clyde, and insinuating herself into his attentions by way of an obviously engineered meet-cute in Clyde’s office cafeteria. The viewer will have more questions now: is Weisz someone who engages in some sort of corporate espionage, hence all of her personae?

The answers are not too long in coming, and without giving too much away, “Complete Unknown” unspools as more of a chamber drama than a thriller. The picture is co-written and directed by Joshua Marston, who’s worked a lot in television in recent years but whose feature film career has a distinguishing characteristic which is defined by the fact that this picture is the California-born filmmaker’s first full-length movie in English. His 2004 feature debut “Maria Full of Grace” was mostly in Spanish, and 2011’s striking, underseen “The Forgiveness of Blood” was set and shot in Albania. The milieu of “Complete Unknown” has an internationalist bent; Tom’s wife, Ramina (Azita Ghanizada), is Persian, and is informally tutoring Tom in Farsi; everyone in Tom’s circle is well-traveled, as is “Alice,” who comes to Tom’s birthday party as Clyde’s platonic date. This new persona of Weisz’s claims to have just come in from Tasmania, where she’s been working with a newly discovered species of toad. Tom, however, recognizes someone wholly other in Alice.

At a certain point, the character Weisz plays reminded me of a less score-settling version of, well, Alice, the persona-shifting sometime stripper from Mike Nichols’ 2004 “Closer,” adapted by Patrick Marber from his play. As Tom and “Alice” separate themselves from Tom’s social circle to sort things out, Weisz’s character explains to Tom that the way she morphs from person to person has been a liberation for her: “I could be anyone I wanted.” A chance encounter on the street with an older woman walking her dog (Kathy Bates) ends in a mishap that compels Tom and Alice to escort the woman back to her home, where they meet her husband (Danny Glover). There, “Alice” gives Tom an object lesson in impersonation by passing him off to the couple as an osteopath, and he performs a credible diagnosis on Bates’ character in a sequence that’s both suspenseful and mordantly funny, one that is brought off beautifully by the four expert actors.

Marston’s screenplay, co-written with Julian Sheppard, is sharp and has a nice number of twists. His directing style here is intriguing. Shooting in widescreen, he often maintains an almost claustrophobically shallow focus, and places what would customarily be crucial points of interest near the edge of the frame. It’s a good strategy for keeping the viewer a little off balance. And a tight frame also has the added benefit of masking a tight budget, although to tell the truth I did notice when the golden retriever that Bates’ character was walking completely vanished as soon as Bates, Weisz and Shannon entered the Bates’ character’s apartment building. The movie does pretty well as a treatment of identity and selfhood in a social landscape that grows increasingly alienating as it becomes more transparent. But it somehow fails to wholly satisfy. And as killer as the opening sequence is, the movie’ final shot is a disquieting dud: it is practically (color values aside) a replica of the final shot of the aforementioned “Closer.” Which is not to say that Marston lifted it; for all I know he’s never even seen the movie. It’s more likely that the observation that motivated the shot was exactly the same, which leads me to question the ultimate value of the sentiment. 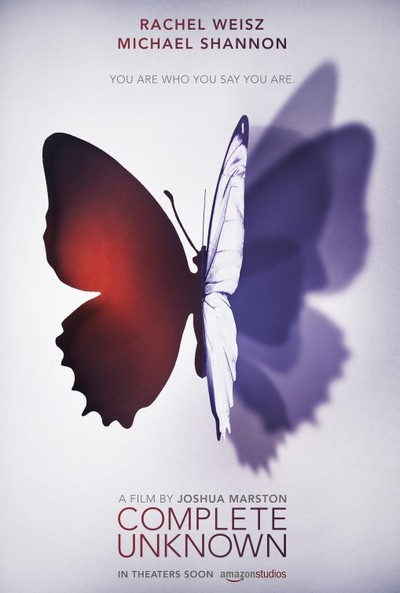