"Cold Brook's" obvious good intentions lend it a sweetness that cannot make up for insurmountable problems. The script, co-written by director and star William Fichtner, is under-imagined, with the characters overlooking the most obvious options and an overall framework we might charitably describe as outdated.

Fichtner and his "Prison Break" co-star Kim Coates play Ted and George, two maintenance workers at a college where Ted's wife Mary Ann (Robin Weigert) also works as an assistant to a dean. Both of them have teenage children and both of them love their wives, though Ted and Mary Ann are having a little trouble connecting.

We first see Ted running through the woods as the target in a weekend game of paintball, with a lot of good-natured trash talk from his buddies after he gets hit. He might have been distracted just before getting hit—was that a stranger he saw in the woods? Ted looks again, does not see anyone, and goes back home with his friends to an easy life of not trying too hard at anything. Mary Ann tells him with more affection than irritation—but a little irritation, too—that it's time to grow up.

One night, working after hours at the college's small art museum, Ted and George see a man standing silently near a exhibit, items recovered from a ship that sank just before the Civil War. They politely direct him to the exit. But then, somehow, he is back. They chase after him, and a group of students from the college make a video that goes viral. The next day, they are on the front page of the newspaper. The headline says, "Local Heroes Stop Potential Crime," and the article praises Ted "and his co-worker" for putting the school and student body over their own safety." Other than Chip (Brad William Henke), the security guard who is resentful of their doing his job, everyone in the community is impressed with their courage and dedication. No one seems to mind that their only description of the mystery intruder, "black man," is not especially specific or that he was not spotted by anyone else.

Then they see the man again. They learn his name, Gil Le Doux (Harold Perrineau, doing his classically trained actor best with a poorly conceived role). He is dressed in clothes from more than a century ago. No one else can see or hear him. He begins to tell Ted and George his history, his connection to the artifacts from the sunken ship, and what he needs to go home.

Fichtner has a gifted cast and a sure sense for the community of the small college town in upstate New York; he knows the rhythms of the corny jokes and inside references, and the comfort and discomfort of having everyone know everything that happens to everyone else. He has also clearly paid attention to the basics of cinematic storytelling, but this film's tone is distractingly uneven, with some scenes that feel like padding and others that signal pay-offs that never happen.

It is an intriguing idea to present a ghost story in the midst of a comfortable small-town setting and resist the temptation to go full-on horror, but the inexplicable choices made by the characters are so distracting that they disrupt the mood. And the filmmakers seem to have no sensitivity at all to the issues around the portrayal of white saviors who become the center of the story by magnanimously stepping in to come to the assistance of an otherwise helpless person of color. "Cold Brook" has even less to say about the issues around the "Magical Negro" character, whose purpose in the story is to give white people important life lessons. Even the actions they take, portrayed in the film as some level of retributive justice, are a long way from satisfying, and that makes the film ultimately unsatisfying as well. 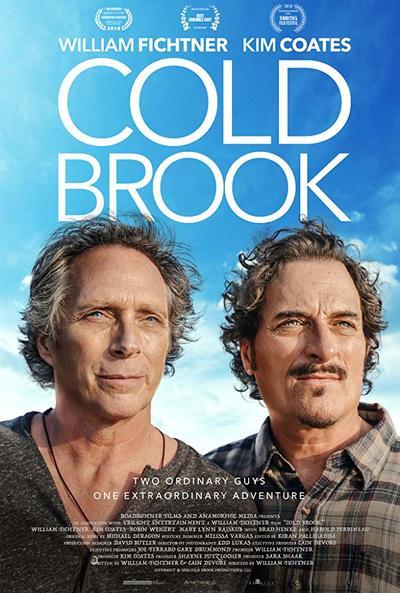