“Class Action Park” is a sharp, funny, and bizarrely responsible documentary about an amusement park in Vernon, New Jersey that inexplicably hurt a lot of people. That recklessness was part of the fun—you could risk whiplash in a tube on the choppy waters of the Colorado River Ride, wade in a large wave pool that has a “death zone,” or commandeer the go-karts from Motor World and reach speeds of 50 miles per hour. The employees seemed more likely to join reckless behavior than stop it, and the rich guy behind it all was fulfilling his dream of creating a small world with no rules. Directed by Chris Charles Scott III and Seth Porges, "Class Action Park" presents the saga of this empire with the right amount of gravity: unlike the park ever did, it values people more than the memory of a cheap thrill.

It’s hard to believe a place like this ever existed, though the way it came to be makes sense: a rich guy named Gene Mulvilhill wanted to have his own water park, and Vernon allowed him to have the only one outside the New York City area. Because he had money, and didn't prioritize safety or science, he would engineer rides that sometimes didn't even make it past the testing phase, like a cannonball shoot that initially decapitated test dummies. Known by his former employees as "Uncle Gene," and by a grieving mother as "a piece of sh*t," the rule-bending Mulvihill found ways to largely avoid accountability by starting a shell insurance company in the Cayman Islands, which he then used for money laundering. And unless someone was seriously hurt at Action Park, he and his teenage staff didn't report it. It was a reckless operation, but it found a purpose with the adventurous folk who took advantage of its Wild West freedoms. Many were hurt. A few people died. Everyone who left Action Park left with a story.

"Class Action Park" is told in chronological order, a vital idea to its you-are-there energy as you share in the memories, and later learn that the danger factor isn't simply a joke. With archival footage and cartoon reenactments, the movie details the real-life slapstick moments of the park, while talking heads regale stories of pain and mischief, including you in the '80s movie in their minds. You return to being a teenager with them in their experiences, as attendees and counselors make it all sound like “Meatballs” meets the sadism of legendary PC game “Roller Coaster Tycoon.” Everyone loved the idea of these dangerous rides in a communal, comedy-is-pain way; comedian Chris Gethard describes it as "we would try to die for fun," and Alison Becker speaks of the Jersey-esque bravado that seemed to motivate a lot of Action Park's customers: “You f**kin’ p***y, just do it!”

The last shot of this tale about being kids running wild in the ‘80s and '90s is that of a cemetery. One family, the Larssons, lost a son/brother to an accident on the dangerous alpine slide, and the park tried to blame it on the jagged rocks nearby instead of the shabby course and a broken cart. The film's focus on the Larssons' tragedy, among other instances of death that happened at the park because of Mulvihill's negligence, represents a great feat for "Class Action Park"—while it tells of this outrageous and inherently problematic enterprise, it does so with an unmistakable perspective of maturity. Nostalgia is a rush of its own, but "Class Action Park" exemplifies how it's fleeting, selective. And only the people who survive those wild rides get the chance to enjoy them in hindsight.

That’s not the kind of rumination I expected to have while learning about all of the hilariously irresponsible water slides and teenage shenanigans that make this documentary so inviting. But that’s the lasting bruise of “Class Action Park,” a documentary that proves nostalgia can coexist with growth, and is full of adults who do not wish they could go back. Certain things are meant to pass, and exist only in memory. It’s OK that they stay there. 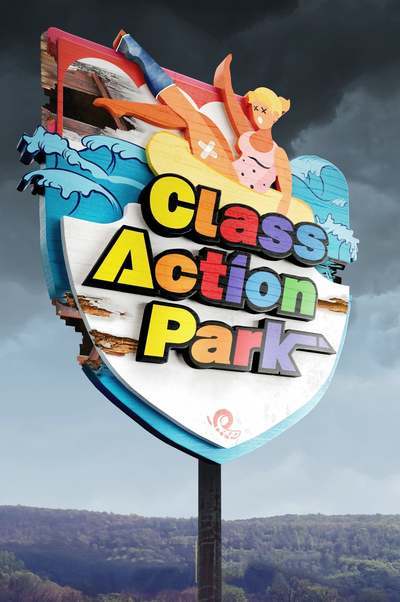