Tim Roth gives a career-high performance in this meticulous, disturbing film written and directed by Michel Franco. Roth is also an executive producer on the picture, having been extremely impressed by Franco’s 2012 “After Lucia.” Roth plays David, a nurse who works with patients in hospice and other extreme-need situations. The film chronicles a few of his more fateful cases, and, eventually, his attempt at a rapprochement with his own family.

His first patient is Sarah, who is dying of a wasting disease (David later tells someone that it’s AIDS, but given that he’s also told these people that Sarah was his wife, we aren’t sure whether to believe him). In medium-distance shots, long in duration, we see David bathing her, arranging her for sleep and more. Roth is well known for playing edgy, tetchy, impetuous characters, but here he’s doing the opposite: he’s portraying patience, something that’s probably a challenge for any actor. Roth is up for it.

David gets very close to his patients. Some might say creepily close. Aside from the fact that he refers to Sarah as having been his wife after she passes, when he starts working with his next patient, an embittered stroke victim named John (played by the playwright and director Michael Cristofer), he not only starts buying books on architecture to keep his patient occupied; he visits a couple of the houses that architect John has built, maintaining a pretext that he’s the architect’s brother. This behavior seems questionable on a surface level, but after a bit of contemplation one can extrapolate David’s side of it. His telling of these provisional lies maintains not only his privacy, but also the privacy of his patient. Is it an unusual solution to the potential problem? It sure is. But it’s effective.

However, David’s indulgence of John—particularly his allowing his patient to use his iPad to access Internet porn—lands him in a very unpleasant circumstance with John’s family, and David’s employers. David bristles at accusations of sexual harassment, but only briefly. Moving on, he reconnects with his immediate family. And he makes a new connection with a cancer patient who eventually requests of David an extreme solution to her dilemma.

To give away much more than this might have the effect of diluting what discerning movie lovers will find a singular experience. Franco’s style is ultra-serious and exceptionally austere. He uses no music, either within the narrative frame or outside it. He does not cut quickly, and always composes his shots with rock-solid perspective. He is unblinking in what he depicts: patients who have soiled themselves being tended to with unhurried care by David, for instance. But because Franco’s views are so steady, he achieves a kind of detachment that gives the film a sense of bearing graceful witness rather than wallowing in depredation. One can imagine how a sadist such as Ulrich Seidl would handle this material, and shudder. Franco is up to something much more considered, and maybe spiritual.

Which brings us to the matter of the movie’s abrupt and disconcerting ending. It is abrupt, and disconcerting. And not, to be frank, entirely new: it draws on a device that’s been kind of overused in contemporary cinema, both art house and mainstream. What’s different here are the moments directly preceding it. What does David know, and when does he know it, are the questions it brings up. I was able to watch the movie in a format that allowed me to explore that further than I might have been able to in a theatrical viewing. But I’m still frustrated. I am curious as to how other viewers will react. 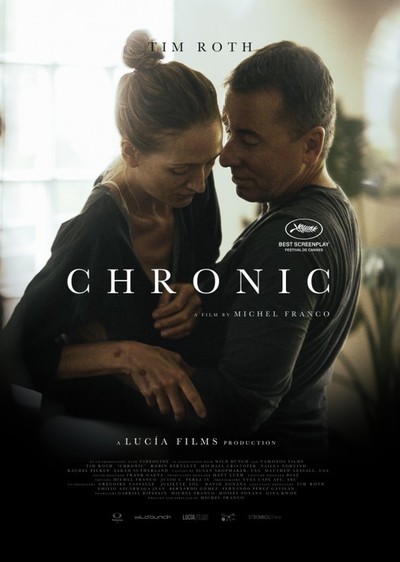 Rated R for some nudity and language.