The filmmakers behind Netflix docuseries “Challenger: The Final Flight” don’t make a whole lot of interesting choices in recounting the televised 1986 American tragedy, but they do make a gracious one in not showing the explosion of the Challenger space shuttle at the beginning. Anyone who has seen the footage can’t forget it, including the disturbing trail of smoke in the sky left where seven human beings were once in flight.

When said footage is shown at the end of part three, it's paired with images of onlookers in profound shock, and then total confusion: at first people didn’t know what they had just seen, and when they did, they demanded to know what NASA did wrong. In this four-part history lesson, which is at least easier to learn from than the Wikipedia article on the event, directors Daniel Junge and Steven Leckart serve up some answers with some never-before-seen footage and a swath of interviews, bundled in a generic package. "Challenger: The Final Flight" is like looking at the behind-the-scenes action and a type of PR stunt at the same time, while lamenting the lost lives that included private citizen Christa McAuliffe. It doesn’t entirely solve the problem of how to tell a tragedy in the middle of a cover-up, but it does provide a comprehensive look at the course of events, often with remastered footage that makes the ‘80s footage appear as modern as possible.

The tragedy of the Challenger explosion was emphasized by the millions of people around the world who watched it happen live, thinking that they’d see McAuliffe make history as the first private citizen to go into space. After being picked from 11,000 submissions, the New Hampshire schoolteacher was an all-American success story that the country wanted to watch, and NASA wanted to use to normalize the idea of space travel, especially as its shuttle program was gaining nationwide praise. The documentary brings to mind just how often NASA used to send people to space; it also provides a sense of how a teacher joining professional astronauts seemed like just the beginning of space feeling closer than ever.

McAuliffe's story is given the most attention by the documentary, as we hear tales about how dedicated she was to her students, or her family. But it certainly wasn’t just McAuliffe who defined a hard-working, good-hearted American, and the series goes into the lives of the other astronauts who dreamed for even longer of going into space, with loved ones who supported that dream. We get little snippets about their lives, like how Ellison Onizuka loved doing a pig roast and had no ego about being the first Asian-American in space, or how Ronald McNair was a great saxophonist. These can be heartwarming passages, especially to see them talked about by their loved ones so fondly as if a year hasn't passed. But the storytelling of “Challenger: The Final Flight” only has so much time for this pointed sentimentality. This is a documentary that is constantly only giving us the headlines, and in turn we struggle to connect with it on a deeper level than tragic loss.

The miniseries gets a little stronger when it focuses on treating NASA with a little transparency, and showing the human albeit flawed decisions behind the Challenger launch. In particular, it goes into how and why the shuttle exploded, related to the Solid Rocket Booster and seals called O-Rings, all mixed with NASA's self-imposed pressure to do more launches even if certain conditions were being intentionally overlooked. However dry, “Challenger: The Final Flight” provides a detailed explanation of how NASA's ambition gambled on certain safety measures, and lead to contention with the engineers who worked on the booster in Utah. From the first episode it sounds like it'll be urgent stuff, but instead it's about very smart people explaining a type of competent ignorance, with interviews and faceless re-enactments that make plain the problems NASA was aware of up to launch. Even when whistleblowers sound off after NASA's tight-lipped reaction to the disaster, these passages aren't particularly shocking or exciting as they explain a brief cover-up that failed to work.

Watching these different plot-lines unfold across four quickly paced 40-minute episodes, you get the sense that these stories aren’t hitting the emotional notes they could. These different experiences, this terrible tragedy—there’s not a lot to them when the people are reduced to clear-cut heroes or overzealous engineers. There’s almost some lasting intrigue about the phenomenon of NASA's Space Shuttle program as a hyped-up beast that ran out of control, but the documentary’s scope fails to fully harness it. Instead, Junge and Leckart go with a storytelling approach that’s simply informative, and hardly inspired. 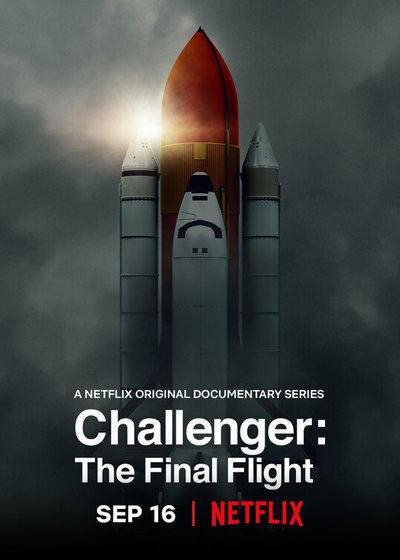