The first fifteen minutes or so of this documentary were not entirely fruitful ones for this reviewer. There’s a darkened, artfully photographed room, with a now-old fashioned reel-to-reel tape recorder sitting on a table, and an interview subject, the Israeli writer Amos Oz, listening to words he recorded almost a half-century ago. The premise is not, to say the least, unpromising. Oz is a veteran of the 1967 Arab-Israeli War, which, as a text at the film’s very beginning asserts, represented “the birth of modern Israel.” Shortly after his service in that war, Oz and a few other colleagues conducted kibbutz interviews with themselves and other veterans, interviews that, a related text informs, have never been made entirely public until now—hence the movie’s title. Avraham Shapira’s book “The Seventh Day,” published in Israel in 1967, was based on the material, and is credited as a primary source here; Shapira is also among the film’s interviewees. Director Mor Loushy’s strategy of interposing shots of the spinning reels of the tape recorder, the darkened faces of the interviewees as they listen to their younger selves, and archival footage (which, the movie carefully points out, is not of the interviewees) at first made me think the material might have been better off in book form; the approach felt simultaneously rote and a little arty.

But Loushy is resourceful, particularly as an editor, and the talking heads, even those not as internationally famous as the compassionate, articulate, and still-distressed Oz, are spectacularly compelling. A few popular victory songs from the era play over triumphant-looking footage of Israeli soldiers interacting with citizens, and one former serviceman remarks “We see ourselves as Macabees.” But there’s hollowness and a bitterness here, not just with almost fifty years’ hindsight, but in the immediate reflections of the soldiers interviewed just weeks after the victories. It’s no accident that the best-friend character in Ari Folman’s “Waltz With Bashir” was the filmmaker’s therapist, or that the therapy-themed TV series “In Treatment” was based on an Israeli show. The Israelis are in the main an implacably self-examining people, and the army men interviewed here are for the most part secular Jews. One interviewee recalls the mother of a dead friend saying “[Jerusalem’s] Western Wall isn’t worth [my son’s] fingernail.” Provisionally Zionists, they are tortured by the fact that their national self-determination—their right to a homeland, such as it is—is tied into religious conflicts, beliefs they themselves do not even hold. What, they wonder almost as soon at they’re demobilized, are/were they fighting for? “We’re not murderers, but in the war, we all became murderers,” says one man, ruefully.

Loushy’s choice of archival footage reflects a Western media that chose to function as a pep squad for the Israeli project. Clipped British voices declaim that “one can only admire the efficiency” of the Israeli army led by charismatic, eyepatch-sporting Moshe Dayan, and quip, over a shot of an abandoned pair of loafers on a street, that an Israeli squadron “leave[s] the Egyptians shoeless in Gaza.” But late in the film, Loushy shows ABC News’ Bob Young reporting from an Arab refugee camp in Amman, saying that there’s nothing growing there except “seeds of revenge,” and it’s chilling.

If Israel is a country at all (and in my view, for what it’s worth, it absolutely is) it is one that consistently has to come to terms with the paradoxes and contradictions that it's practically made of, something this trim and disquieting film brings home with what turns out to be great economy and force. “A society that won’t tell itself the truth […] is in big trouble,” says one of the interviewees. The words have perhaps never been more true. And not just for Israel, as the movie implies. 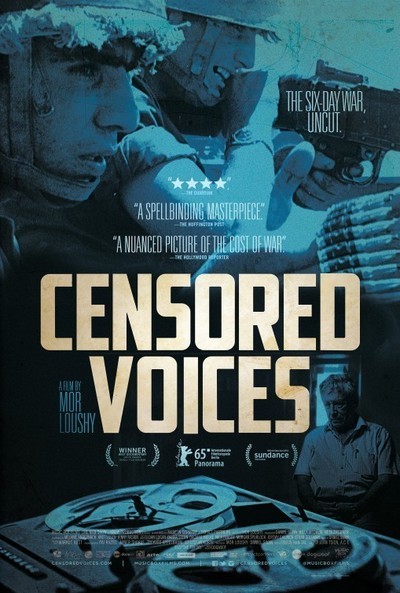 Amos Oz as Himself