"Caligula" is sickening, utterly worthless, shameful trash. If it is not the worst film I have ever seen, that makes it all the more shameful: People with talent allowed themselves to participate in this travesty. Disgusted and unspeakably depressed, I walked out of the film after two hours of its 170-minute length. That was on Saturday night, as a line of hundreds of people stretched down Lincoln Ave., waiting to pay $7.50 apiece to become eyewitnesses to shame.

You have heard that this is a violent film. But who could have suspected how violent, and to what vile purpose, it really is? In this film, there are scenes depicting a man whose urinary tract is closed, and who has gallons of wine poured down his throat. His bursting stomach is punctured with a sword. There is a scene in which a man is emasculated, and his genitals thrown to dogs, who eagerly eat them on the screen. There are scenes of decapitation, evisceration, rape, bestiality, sadomasochism, necrophilia.

These scenes -- indeed, the movie itself -- reflect a curiously distanced sensibility. Nobody in this film really seems to be there. Not the famous actors like Malcolm McDowell and (very briefly) Peter O'Toole and John Gielgud, whose scenes have been augmented by additional porn shot later with other people and inserted to spice things up. Not the director (who removed his credit from the film). Not the writer (what in the world can it mean that this movie is "Adapted from an Original Screenplay by Gore Vidal"?) Not even the sound track. The actors never quite seem to be speaking their own words, which were so badly dubbed in later that the dialogue never seems to be emerging from the drama itself.

The film even fails to involve itself in the action. "Caligula" has been photographed and directed with such clumsiness and inelegance that pieces of action do not seem to flow together, the plot is incomprehensible, the events are frequently framed as if the camera was not sure where it was, and everything is shot in muddy, ugly, underlit dungeon tones. The music Is also execrable.

So what are we left with? A movie, I am afraid, that may be invulnerable to a review like this one. There are no doubt people who believe that if this movie is as bad as I say it is, it must be worth seeing. People who simply cannot believe any film could be this vile. Some of those people were walking out of the Davis before I did Saturday night; others were sitting, depressed, in the lobby. That should not, I suppose, be surprising.

The human being is a most curious animal. often ready to indulge himself in his base Inclinations, but frequently reluctant to trust his better Instincts. Surely people know, going in, that "Caligula" is worthless. Surely they know there are other movies in town that are infinitely better. Yet here they are at "Caligula." It is very sad.

My friendly recommendation is that they see "The Great Santini," to freshen their minds and learn to laugh and care again in a movie. People learn fast. "This movie," said the lady in front of me at the drinking fountain, "is the worst piece of shit I have ever seen." 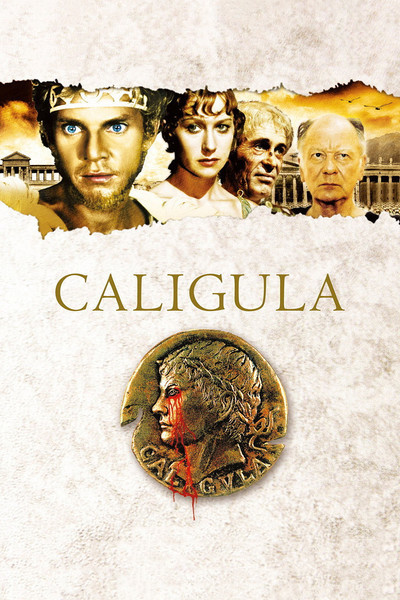