A warning: "Body" is a gripping whodunit that you should ideally watch knowing as little beforehand as possible. Co-writer/director duo Dan Berk and Robert Olsen have a knack for drawing viewers in and surprising them without taking any narrative, or technical short-cuts. There's no flashbacks, hyper edits, shaky camerawork, or backstories. For these reasons, "Body" feels downright old-fashioned: a thriller with tension that doesn't stem from gore, jump scares, or other cheap shock tactics, but rather a creeping dread that grows with each red herring, and slow-burn plot twist.

This poses an immediate problem for me, your humble reviewer: how to describe this movie without giving too much away? You should see "Body" if you like thrillers with strong female leads that make you peek between your fingers, and lose your breath gasping at violence (but not grisly violence). It is as close to an across-the-board, qualification-less strong genre movie that you can watch with anyone, be they your mom, your sweetheart, or your pet chinchilla Schnookums.

If that sounds good to you, and you don't want to have your viewing experience ruined, get out of here now. My feelings won't be hurt, go on.

Ok, are they gone? Good.

Hi again. Now that those quitters have left, let's pick up where I left off. "Body" is an exceptional thriller, full stop. The film's main focus isn't convoluted plot devices, psychologically complex characters, or exceptionally grisly make-up effects. "Body" won't change your life, make you cry, teach you a profound truth, or get inside your head and take up residence for days afterward. Instead, it's about atmosphere, and not the kind threatened by abysmal mud-bright mood lighting, or cheap-jack production values. Like a really good roller coaster, the 70-minute "Body" is over and done with in a flash, but the ride itself, and thrill you get from it lingers. When it's over, you'll want to get right back on.

The film follows three twenty-something women on the night before Christmas Eve. Cali (Alexandra Turshen) and Holly (Helen Rogers) visit their friend Melissa (Lauren Molina) at Melissa's parents' house. As the night winds down, they decide to take a late-night drive. On their way, they pass a hitchhiker with a creepy beard. They ultimately arrive at a palatial home, where more booze is consumed, and fun is had.

Then the girls realize they're not alone.

Until this point, "Body" revels in naturalistic, light dialogue. Turshen, Roger, and Molina have genuine sisterly camaraderie, so much so that it doesn't matter that the dialogue and situations they find themselves in before being discovered is so light that you'll barely remember it when the film ends. That's actually the secret of the film's success: it maintains a certain tempo and interest that you're so immediately involved you don't even realize you're being sucked in.

A perfect example of the unassuming spell "Body" casts: Larry Fessenden's excellent performance as ... well, I can't really tell you that. Fessenden, a horror filmmaker who has nurtured several talented American indie horror filmmakers at his own Glass Eye Pix distribution label, is an exceptional character actor. He steals every scene he's in, and his big scene in "Body" is no different. Fessenden is an ideal bit player: he lures viewers in without going so far over the top that his performance seems to hail from a completely different film. He can be a ham, but Fessenden's performance in "Body" is magnetic, and leaves you feeling like you've been turned inside-out.

But "Body" is not about Fessenden. He's a key part of the film's success, but no single part of the movie is more important than the rest. The film's exceptionally consistent mood is its main appeal. For that reason, "Body" reminded me of supposedly minor Alfred Hitchcock masterworks "Dial M for Murder" and "Rope." In those earlier thrillers, Hitchcock's unmistakable talent serves ideas that seem to evaporate, or at least lose their thematic weight as soon as soon as you're done watching. One can only hope that Berk and Olsen's body of work grows to the point where "Body" is unfairly remembered as a minor success.

Still, right now, we're at the beginning of Berk and Olsen's promising career, and most viewers don't know that "Body" is a must-see. "Body" may be the kind of genre film you take for granted, but there's nothing inessential about a sharp, well-crafted thriller just because it's not particularly flashy, and doesn't have any big ideas. No, "Body" may not be the kind of modern-day B-movie that wins awards, but it does exactly what it sets out to, and that's a fair amount. So go ahead: see this film for yourself. You won't know what hit you. 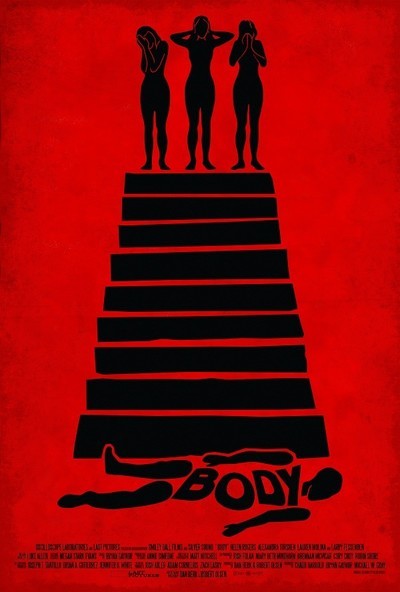