Three generations get together for a Christmas dinner at an impeccably tasteful house overlooking a beach. As often happens in real-life family gatherings as well as movie versions, there will be warm laughter about shared memories and also confessions and accusations. The grandson is a sullen teenager. The adult daughters have some sibling rivalry, with one very capable and reliable (Kate Winslet as Jennifer) and one who cannot seem to get it together (Mia Wasikowska as Anna).

But something is different. Despite the tree, carols, and gifts, it is not really Christmas, and this will be their last time together. Lily (Susan Sarandon) has invited everyone to spend one final weekend with her before she dies. She has a degenerative disease and she has, with the permission and understanding of the family, decided to commit suicide. This weekend is their time to say goodbye, and Lily wants one more Christmas dinner before she goes.

"Blackbird" is a remake of the 2014 Danish film "Silent Heart," both with screenplays by Christian Torpe. This is very much the Hollywood version, with Oscar-winning actresses, sad violins on the score signaling serious drama, and a gorgeous setting, the English shore standing in for Connecticut.

It opens with Lily's husband Paul (Sam Neill) looking out at the water, then tending to chickens and plants accompanied by sorrowful music. An alarm clock goes off and an outstretched hand reaches up into the frame. Lily is awake. She insists that she can get ready by herself, though her left hand is permanently clenched and she has to use her right hand to lift her legs so she can put her slippers on. But she is feisty. Paul is listening to Bach's Goldberg Variations as he makes breakfast, and Lily impishly switches the channel to an EDM song and starts to spin as well as she can. Paul joins in, and they laugh companionably. His dorky dancing is an old joke between them.

The arrivals start. First is daughter Jennifer, arriving early with her husband, Michael (Rainn Wilson) and son Jonathan (Anson Boon). Jennifer has unwisely brought a gift. "I can't wait to see what the stores recommend for an event like this," Lily says dryly as she struggles to open it. Younger daughter Anna is late, stopping to smoke some weed before seeing her family, and bringing with her an unannounced companion, her on-again, off-again romantic partner, Chris (Bex Taylor-Klaus). Elisabeth (Lindsay Duncan), Lily's best friend since college, is there, too. Each person is given one characteristic, Smurf-style: the caretaker, the screw-up, the control freak, the "fun fact!" guy.

Director Roger Michell finds some nicely-observed moments amid the heavy-handed dialogue ("Once we set a date I stopped thinking about dying and started thinking about living") and one-dimensional characters. More is revealed in the brief "uh, do we hug each other?" greetings of the arrivals than in the conversations when various pairings go off to argue, from passive-aggressive to just plain aggressive ("Give Mom this one weekend without having the whole world revolve around you."). There is a fine conversation between grandmother and grandson. Jonathan is touchy and uncommunicative with his parents, but he half-jokingly, only half, asks Lily for life advice he can "remember in crucial moments." Lily has no fears and no second thoughts about her decision, but in this moment with Jonathan, as he decorates the Christmas tree, we can glimpse her sorrow that she will not be around for those crucial moments. She says she has no life-illuminating wisdom to share. "Old people are just pretending to be insightful to give you the impression that life adds up to something meaningful and comprehensible." She does have some advice, though, sounding just like my own mother: send handwritten thank you notes and be on time.

Paul says that patients who decide on assisted death are "intelligent, articulate, analytical, and deeply, deeply controlling." In other words, a perfect role for Susan Sarandon, and she makes the best of it, giving lines like, "I'm dead soon, are you coming down?" some grace underneath the snap. The final moments are genuinely touching. But the film never recovers from a contrived and distracting plot development in the last third that highlights the artificiality of its structure. The entire story takes place in and around a spectacular house with curiously sterile interiors that are more like the setting of a magazine ad for expensive liquor than a home real people live in. The bigger problem is that the world of the characters is not fully inhabited either. 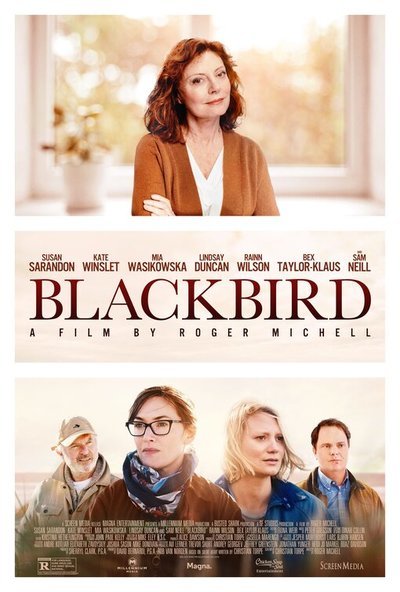 Rated R for language, some drug use and brief sexual material.