Embossed with lyricism, spirituality, culture and history, New York photographer Khalik Allah’s gloriously experimental “Black Mother” is a vivid pictorial and philosophical journal dedicated to Jamaica, especially to its tough yet burdened women. In part shocking and gentle while trekking between chaotic and serene extremes, “Black Mother” is a fresh piece of work in both how it progresses and how it's assembled like a scrapbook of remembrances. In 77 short minutes, Allah—who shot, directed, edited and sound designed his film—manages to paint a complex portrait of the island, making his visually unconventional depiction of the land come into sharp focus one provocative shot at a time.

In 2015, the filmmaker gave us a snapshot of a Harlem street corner with “Field Niggas.” Much bigger in its scale and scope, “Black Mother” feels like an illustrative art exhibition that comes alive with movement and texture via various formats including digital and 16mm. Allah’s lens breaches into the minds of the film’s subjects and opens up their inner worlds to the audience. Throughout, we observe them engage with the camera—sometimes, by staring at it with embrace, and other times, by ignoring or even getting visibly annoyed with it. It all floods at such a dizzying pace that before we know it, a thematic thread almost accidentally emerges and Allah’s seemingly random moving images form a fortuitous narrative.

The film’s fast pace is somehow both a blessing and a curse, as each shot is layered with rich, blink-and-you’ll-miss details. Imagine walking through a deeply immersive gallery but not being allowed to decide how long you can take in or study each piece of art. In that, “Black Mother” almost begs for a repeated viewing to be appreciated in full with all its vibrant colors, sounds, bountiful foods, fruits and overflowing water.

Perhaps a bit too metaphorically, Allah divides the film into trimesters that resemble pregnancy and childbirth. In each section, he plunges deep into the rhythms of various locales, paying specific attention to faces and bodies (both naked and clothed) and finding unusual appeal everywhere he turns his eye to. Sometimes, his camera wanders into his own past and “Black Mother” becomes a personal memory piece that makes sense of present-day struggles through an understanding of history. Other times, he eavesdrops and looks intently—overhearing, observing and grieving over heartbreaking poverty, health maladies, and prostitution. Amid all that, his film refuses to give into despair—Allah remains an essayist on proud Jamaican identity, tipping his hat off to activists like Marcus Garvey.

Throughout “Black Mother,” a collection of incessant voiceovers purposely remains out of sync with the images—there are no real talking heads in Allah’s film, just a handpicked series of images accompanied by anecdotal and often religious commentary. The filmmaker’s refusal to pair the voices with shots of specific people allows it to operate on two distinct audio and visual planes that sometimes stand in deliberate contrast with each other. In the end, watching “Black Mother” feels like witnessing the circle of life carried in the bellies and on the shoulders of proud, strapping women, whose hardworking hands shape and enable an entire nation. 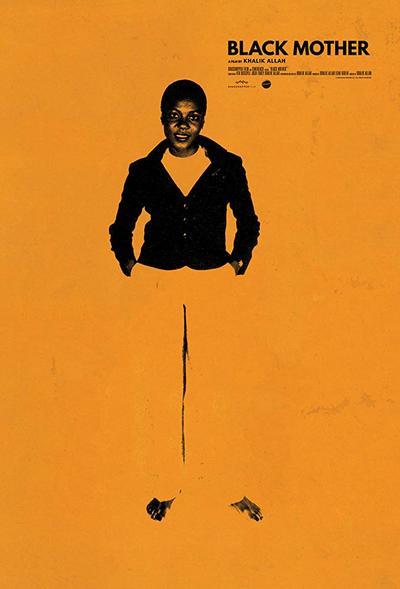