Biggie: I Got a Story to Tell

There’s a bit of false advertising in the title for “Biggie: I Got a Story to Tell” in that the documentary that premieres on Netflix today may tell the story of rapper The Notorious B.I.G. but it too rarely feels like first-person. B.I.G. is one of the most heavily documented musicians in history with specials, movies, and mini-series about his life, and “I Got a Story to Tell” just doesn’t bring much that's new to the table. Watching old footage of Biggie rapping has more power than the well-covered ground of hearing from people like Sean Combs and Faith Evans about how much he mattered. The documentary's best material, other than the archival stuff, comes in how it flirts with an analysis of Wallace’s musical inspirations like his Jamaican background and what he took from a jazz musician who lived down the street. Sadly, there’s too little of that, and too many rhymes that we’ve heard before.

Before the opening credits, “Biggie: I Got a Story to Tell” already presents footage of weeping mourners at the funeral of one of the best rappers of his generation. My initial concern was that we would then see yet another dissection of the death of Christopher Wallace, one that has had as many conspiracy theories as JFK floating around in recent years. Smartly, Malloy avoids retreading on that ground and focuses on the ascendance of Wallace from the streets of New York to the biggest stages in the world. To his credit, Malloy landed time with most of the major players in this story, including Combs, Evans, and Voletta Wallace, Christopher’s single mother and as formative an influence in his life as anyone.

He also relies a lot on archival footage of a young Wallace essentially becoming The Notorious B.I.G., playing shows as a young man and battle rapping on the street. It’s incredible to see how much of his gift was there at such a young age, and the highlight of the doc is when Malloy intercuts a jazz drummer with a Wallace rap to show how much he was influenced by those rhythms. I could just watch old concert footage of B.I.G. for 90 minutes, but Malloy makes the mistake of too often cutting it with talking head soundbites that aren’t really saying anywhere near as much as the raw talent of the man just seen performing. It’s no insult to any of these people but their interviews have been overcut into soundbites that sound superficial. We get the palpable sense that they all really knew and loved Christopher, so why does so much of what they say sound overly scripted?

“Biggie: I Got a Story to Tell” also suffers from how it superficially touches on subjects that have been explored in more depth in other projects. Take how much Wallace says everyone around him was a family. He would brag about them in raps and likely would have turned them into stars. The idea that the Junior M.A.F.I.A. didn’t even know that Biggie was referring to them the first time he mentioned his new name for the friends around him on stage is hysterical. He didn’t want to just be a star—he wanted to bring everyone he cared about with him on his rise. But “Biggie” moves on quickly before really digging into how the concept of community influenced his persona and art.

Ultimately, I wanted a rawer, more passionate version of “Biggie: I Got a Story to Tell” that reflected its subject instead of the by-the-numbers nature of this one. If there’s anyone who wasn’t by the numbers, it’s Biggie. But we already knew that. 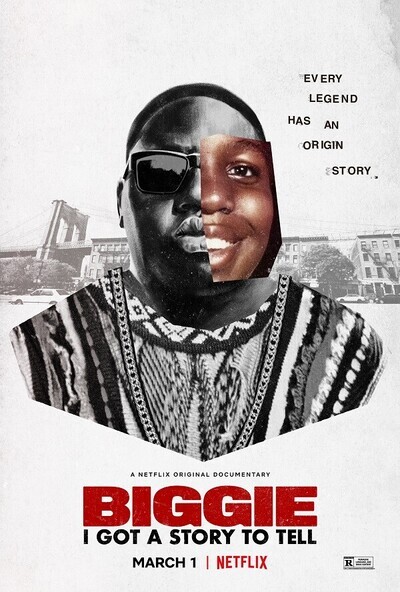 The Notorious B.I.G. as Self (archive footage)

Sean Combs as Self