Once upon a time, before the acronyms VHS and DVD were commonplace, Disney would quaintly safeguard such animated classics as “Snow White and the Seven Dwarfs” and “Pinocchio” like priceless gems while benevolently re-issuing them every few years on the big screen before stashing them back in the studio vault.

But in the 1990s, with the advent of home entertainment, the studio started to consider new ways beyond revivals to cash in on the same beloved stories. First came Broadway productions, followed by direct-to-video sequels, TV series spinoffs and then, starting in 2010 with Tim Burton’s effects-laden “Alice in Wonderland,” digitally-enhanced live-action renditions.

It was therefore all but inevitable that a property as adored as 1991’s "Beauty and the Beast," the first animated film to not just compete in Oscar’s Best Picture category but also top the $100 million box-office mark, would receive a 21st-century makeover after “Cinderella” and “The Jungle Book” followed the rousing $1 billion worldwide box-office reception for “Alice in Wonderland.”

The bottom line: This gloriously old-fashioned musical with gee-whiz trappings is a dazzling beauty to behold (with enough Rococo gold decor to gild all of Trump’s properties) and is anything but a beastly re-interpretation of a fairy tale as old as time. Also welcome is the more inclusive display of love in its various forms, which go beyond the sweetly awkward courtship between brainy, brave and independent-minded bookworm Belle (Emma Watson, much cherished for her gutsy portrayal of Hermione Granger in the eight Harry Potter films) and the cursed prince in the ill-tempered guise of a ram-horned bison-faced creature (Dan Stevens of “Downton Abbey,” whose sensitive blue eyes serve him well amid all his CGI faux-fur trappings).

As for that “exclusively gay moment” you have been hearing about? It appears near the conclusion when LeFou, a comic-relief character brought to life by Josh Gad (the voice of Olaf the snowman in “Frozen”) who clearly has an unrequited man-crush on his bulky and boorish buddy Gaston (Luke Evans of “The Girl on the Train”), fleetingly dances with a male partner. That’s it. If your kids aren’t freaked out by Michael Keaton’s coy in-the-closet Ken doll in “Toy Story 3,” they will be fine here—especially considering the central relationship in this PG-rated fantasy basically promotes bestiality.

Still, this is a much denser—and longer, by a considerable 45 minutes—confection, one that doesn’t always go down as easily as the less-adorned yet lighter-than-air angel food cake that was the original. It’s true that my heart once again went pitty-pat during the ballroom waltz as Emma Thompson voicing Mrs. Potts honors her sublime teapot predecessor Angela Lansbury by warmly warbling the title theme. But I couldn’t help but feel that the more-is-more philosophy that lurks behind many of these remakes weighs down not just the story but some key performances. This “Beauty” is too often beset by blockbuster bloat.

The familiar basics of the plot are the same as Maurice, Belle’s father (Kevin Kline, whose sharp skills as a farceur are barely employed), is imprisoned by the Beast inside his forbidding castle for plucking a rose from his garden and Belle eventually offers to take her papa’s place. Meanwhile, the enchanted household objects conspire to cause the odd couple to fall for each other and break the spell that allows both them and their master to return to human form again.

There are efforts by screenwriters by Stephen Chbosky (“The Perks of Being a Wallflower”) and Evan Spiliotopoulos (“The Huntsman: Winter’s War”) to provide emotional links between Belle and her Beast involving their mutual absent mothers that don’t add much substance. And, in an ineffectual attempt to embolden her feminist cred, Belle invents a primitive version of a washing machine. Such additions don’t hold a candelabra to tried and true sequences as when the Beast, in a wooing mood, reveals his vast library of books to Belle. One can only describe the reaction on Watson’s face as she takes in this leather-bound orgy of reading material as a biblio-gasm.

That is not to say there isn’t much to admire, especially with director Bill Condon’s dedication to injecting the lushness and scope of tune-filled spectacles of yore into the world of IMAX 3-D. His resume, which includes penning the adapted screenplay for “Chicago” and calling the shots behind the camera for “Dreamgirls” and the final two FX-propelled “Twilight” films, shows he knows his way around both musicals and special effects. Watson might be at her best right out of the gate while performing the song “Belle,” which begins with her bemoaning her provincial existence in a small town and ends with her singing on high amid lush green hilltops dotted with yellow wild flowers while channeling Maria in “The Sound of Music.” That the camera lingers upon the freckles on her pert nose is an added bonus.

Alas, once she is ensconced in the massive gothic castle, Watson is more reactive than pro-active as her slightness causes her to be swallowed up by the ornate scenery and upstaged by the chatty servants in the guise of furniture and knickknacks. I was a little nervous about how the voice cast including Ewan McGregor as the urbane French-accented candle man Lumiere and Ian McKellen as the chubby nervous mantel clock Cogsworth would fare. But they all do a bang-up job with the stand-out number “Be Our Guest,” the so-called “culinary cabaret” where plates, platters and utensils turn into performers in a Busby Berkeley-style spectacular. Condon wisely takes the choreography to the next level with nods to everything from “West Side Story” and “Les Miserables.” Meanwhile, Gad and Evans—both musical theater veterans—pull off the humorous pub number “Gaston” with playful aplomb.

Less successful are the action sequences where the Beast and Gaston battle it out “Hunchback of Notre Dame”-style among rooftop turrets, crumbling buttresses and gargoyles. But most disappointing are the not-so-memorable new songs that pop up in the second half whose melodies are once again written by composer Alan Menken but with lyrics by Tim Rice (“The Lion King”). They just cannot compete with the old favorites that never fail to tickle the ears with their irresistible wordplay supplied by the late great Howard Ashman. But with its racially diverse cast (at one point, I wished that Broadway dynamo Audra MacDonald as the wardrobe Madame Garderobe and the sprightly Stanley Tucci as her harpsichord hubby Maestro Cadenza could have done their own duet) and wink at same-sex flirtation, this “Beauty” presents a far more inclusive view of the world. One that is awash with a sense of hope and connection that we desperately need right now. If you desire an entertaining escape from reality right about now, be my guest. 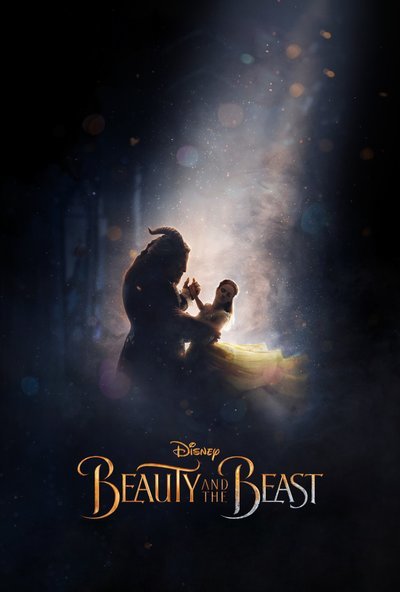 Rated PG for some action violence, peril and frightening images.