The question has already been asked and answered in several other venues, but for the purpose of this review I’ll ask and answer it again: What is Brie Larson, the Best Actress Academy Award-winning star of 2015’s “Room” and our future Captain Marvel, doing in what looks to be a rather cheesy motion picture that also appears to be perhaps an objectionable bit of cultural appropriation/exploitation? Well, first off, Larson jetted off to make this movie just as she was getting national attention for her work in “Short Term 12,” the excellent indie movie that premiered in 2013. She was actually looking forward to it at the time, because she is a guitar player and singer (aside from being an excellent actor) and “Basmati Blues” is a musical.

It’s true: among other things, writer/director Dan Baron conceived this picture as a kind of Hollywood tribute to the Bollywood romantic comedy, and Bollywood romantic comedies are, by and large, also musicals. The movie begins with Larson’s character, a scientist working on a genetically modified strain of rice, leaving her lab and walking out into a sunny day in New York, singing an optimistic song about how “all signs point to yes.” Meanwhile, in a vaguely sinister high-rise corporate office, bigwig capitalist Donald Sutherland scans his employee rosters to find the perfect “face” to sell an agricultural scheme to the farmers of India. And he finds the face of Brie Larson, and picks it, because wouldn’t YOU buy an agricultural scheme from Brie Larson? I would. And so Larson’s character, Linda, goes to India. Leaving a train station, she phones her father also a scientist, played by Scott Bakula, to tell him how things are. Noting a goat nudging someone’s luggage, she tells her dad that her new surroundings are “Just like Penn Station.”

Okay, okay. Some of you might be wanting a followup to that question up at the top of my review, and that follow-up would be, if “Basmati Blues” was made in 2013 or so, why is it only being released now? As the Rutles once sang in their very excellent song “Cheese and Onions,” “do I have to spell it out for you?” “Basmati Blues,” while certainly not lacking in ambition or onscreen talent, really isn’t very good. For one thing, it contains lines of dialogue like, “You should stop by my lab; I’ll show you my rice” and “Our little rice is all grown up.” For another, one of its main plot mechanisms is a love triangle in which Linda is pursued by an uptight executive type on the one hand, and a rebel stinkweed-advocate young farmer on the other.

There is some entertainment value here. Donald Sutherland, not a singer, clearly loves to sing anyway, and the scenes in which he is featured also feature Tyne Daly as his second in command. She IS a singer, and a fine one, and they clearly enjoy their set pieces, one of which seems to pay tribute to “How To Succeed In Business Without Really Trying.” Where they really cut loose is when they get to India to push through their scheme, the nefariousness of which Linda has by now discovered and is trying to stop. As they commandeer a train to take what we now know to be bad rice to the farmers of India, they sing “Bound for Glory,” and they look so particularly happy you have to wonder if someone had shipped a stock of cannabis edibles to the set. Bits like these are both befuddling and amusing.

To blast this movie as a “white savior narrative,” as many did when the recent trailer dropped, is to kill a moth with a flamethrower. It’s an amiable misfire. But Brie Larson sure can light up the screen, and she does so here—she’s a pleasant singer, too—and that’s enough to raise this from a one-and-a-half star movie to a two. But unless you are an incorrigible Brie completist, just wait for “Captain Marvel.” 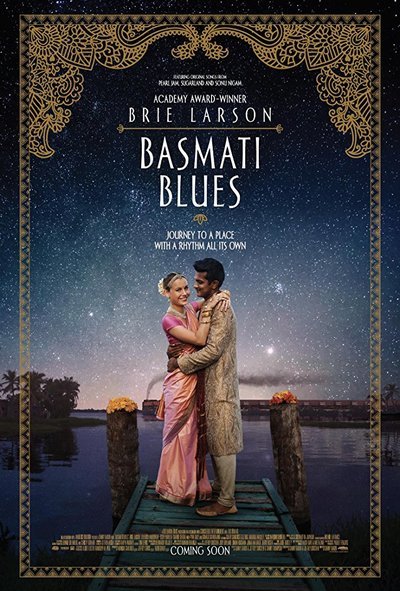