There's nothing shocking about the R-rated comedy anymore. From "The Hangover" trilogy to "Ted" to "Bridesmaids" to Judd Apatow's entire oeuvre, we have heard and seen it all—every profane word, every inane deed, every mind-altering substance ingested and bodily fluid expelled.

But the shock itself is not enough. Saying something rude or doing something crude means nothing without context and character. A little bit of nuance, which might seem out of place in such raunchy environs, actually goes a long way.

"Bad Words" repeatedly tries to shock us for shock's sake. Directing for the first time and playing the lead character, Jason Bateman offers us an unapologetically unlikable figure in Guy Trilby, a 40-year-old genius who muscles his way into a prestigious national spelling bee. Bateman has made a career out of playing the smartest guy in the room, most notably as the put-upon Michael Bluth on "Arrested Development," and his verbal agility is unmatched.

Here, Bateman uses his signature deadpan delivery to lacerate everyone around him. Men, women and children, strangers and acquaintances—no one escapes Guy's racist, homophobic, misogynistic wrath. Many of the zingers in the script from Andrew Dodge hit their targets; many other land with a thud. But more often than not, Guy's shtick is just plain mean in a way that becomes dull and repetitive as he dares us to tolerate him.

"Bad Words" feels like a warmed-over "Bad Santa"—an R-rated comedy that seemed truly subversive and novel back in 2003. The difference there was that Billy Bob Thornton's character was self-loathing and self-destructive in a way that gave him some glimmers of damaged humanity. He was a jerk but at least he was an interesting jerk, and having a beer with him probably would result in an entertaining evening.

It's difficult to understand why anyone would want to hang out with Bateman's Guy. Most baffling of all is Kathryn Hahn's character, Jenny, an online journalist who's been tagging along with him and paying for his entry fees, hotel rooms and rental cars en route to The Golden Quill national championship in Los Angeles. She's doing all this in hopes of getting the exclusive story on what's driving him to trounce a bunch of studious 10-year-olds. But truly, who cares?

Jenny is also so needy, she's willing to jump in bed with him at every opportunity, despite the fact that he consistently stonewalls and insults her. There isn't even a love-hate chemistry here. It's just hate. Hahn can be a daring comedian with a total lack of vanity; despite sharing a great deal of screen time with Bateman, she doesn't get much to work with here.

Guy's other unlikely companion is 10-year-old Chaitanya Chopra (Rohan Chand), a sweetly nerdy, lonely competitor who looks to Guy as an ersatz friend and father figure. With his long-lashed doe eyes and ever-present binder full of spelling words, Chaitanya is incessantly sunny in the face of Guy's dismissive racial slurs. (He calls the kid "Slumdog" and makes references to his "curry hole," for example. It's not all that offensive, but it's not all that funny, either.)

Chand's expressiveness, and the way he holds his own opposite Bateman, are among the few bright spots of "Bad Words." (Speaking of which, Bateman has chosen an unappealing, sepia-toned lighting scheme for the picture that makes everything look as if it's been smeared with beer and tobacco.) Eventually, the kid wears him down. But while the montage of their drunken night of shoplifting and vandalism may be the most thrilling, stylishly edited part of "Bad Words," it also makes zero sense in terms of who these characters are and the competition that means so much to them for very different reasons.

Yes, Guy has a motivation for surrounding himself with awkward grade-schoolers and withstanding the attacks from outraged parents and bee officials: revenge. (Bringing class to these lowbrow proceedings are Allison Janney as the competition's uptight administrator and Philip Baker Hall as The Golden Quill's esteemed chief, who are both hell-bent on kicking him out.)

Once we understand what's driving Guy, the revelation is airless: It feels like too little, too late. Now we're supposed to care about whether he has feelings? Bateman has a strong dramatic streak in him that he doesn't get to tap into often enough—see: "Juno," or even his brief appearance in the bombastic "Smokin' Aces"—so his instincts during the film's few serious points are undeniable. Those moments also make you wish his gifts and his experience on both sides of the camera were in the service of smarter material. 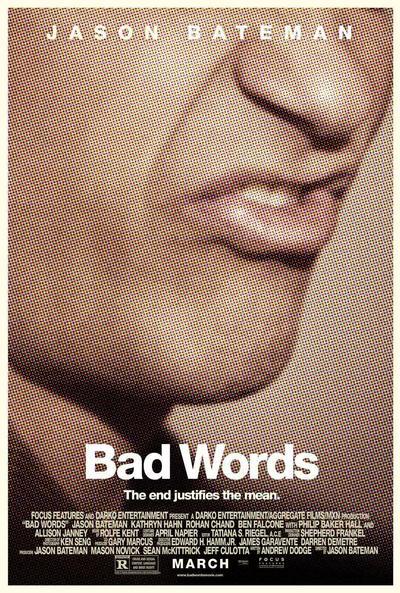