At the Devil's Door

With "At the Devil's Door," up-and-coming horror filmmaker Nicholas McCarthy makes good on the promise of "The Pact," a moody but underdone ghost story. It's not flawless: some of the big scares feel monotonous, and much of the dialogue errs on the side of corn ("He wants to be all of someone," a character murmurs) or blatant theme-polishing (talk radio banter and heinous expository dialogue repeatedly assure us that "At the Devil's Door" is about the American economic recession). But the movie is so consistently moody, and so focused on driving you towards a gut-punch finale, that even valid complaints seem negligible in retrospect.

McCarthy's film kicks off in 1987 with an overlong, bombastic prologue. Waifish teen Hanna (Ashley Rickards) agrees to play an ominous shell-game with her boyfriend's creepy trailer trash uncle and unwittingly sells her soul to the devil for $500. Then she goes home and is attacked by a mysterious shadow. Then comes the title card, and we skip ahead to the present, where a realtor named Leigh (Catalina Sandino Moreno) learns that one of her listings was the site of a bizarre suicide. Now it's up to her artist sister Vera (Naya Rivera of "Glee") to figure out what happened and why it's happening again.

McCarthy takes his time revealing information, so it takes a little while for Vera to become the main character in "At the Devil's Door." The film's story is a relay race: control of the plot is handed off to each of the three main characters, but only after each woman has seen a ghost. For this reason, McCarthy doesn't always seem to be in control of his film, a fact compounded by too-blunt dialogue, as when Leigh explains to a prospective buyer, "I know I can get you a good house, even with all the bad news out there."

But as the plot thickens, McCarthy's grasp starts matching his reach. Until then, creepy atmosphere, and gorgeous cinematography (courtesy of director of photography Bridger Nielson) put the film through its paces. It also helps that McCarthy has a recipe-specific collection of tropes in minds for his film's climactic but puzzling scare scenes: an out-of-focus, man-shaped shadow; a circular smudge on the floor; women suspended in mid-air by an invisible force; a frightened little girl in a red slicker straight out of "Don't Look Now." McCarthy liberally recycles these images in Vera, Hanna, and Leigh's respective story arcs, but before the film threatens to become monotonous, McCarthy breaks his film's cycle of shared generic motifs and confidently steers the film towards a devastating, dialogue-free confrontation that's easily one of the creepiest, most haunting sequences in a recent American horror cinema.

"At the Devil's Door" reminds me of an early John Carpenter film in that its characters are not, as Carpenter once put it, "[referring] to characters in other movies." They do share a certain quality with Carpenter's characters, though: they are simply conceived people whose actions tell you everything you need to know about them. You'll remember McCarthy's name after this one. 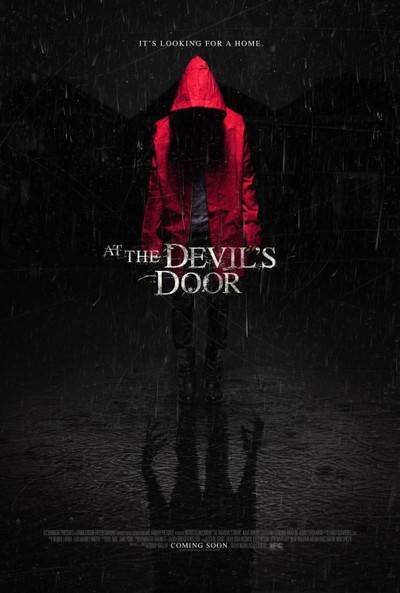