Netflix’s “Amanda Knox” opens with a gut check statement about this case that I hadn’t really considered. There are many reasons that this now-almost-decade-old case entranced the world, but chief among them may be what Knox says herself at the open of the film: “Either I’m a psychopath in sheep’s clothing or I am YOU.” Either this seemingly sweet, naïve girl is actually a total sociopath—someone who tortured and killed her roommate for fun—or this seemingly sweet, naïve girl was accused of something she didn’t do, which means this could happen to anyone. Either situation is terrifying. “Amanda Knox” does an admirable job of detailing the crucial facts of the case. I don’t suspect it will persuade anyone convinced that Knox is akin to the Monster of Florence, and it undeniably takes a pro-Knox stance, but it’s a well-made, accomplished piece of filmmaking that works because of how it focuses such a large case down to its key players, thereby illuminating how something like this could happen to anyone.

In November of 2007, Amanda Knox was living in Perugia, Italy with her British roommate Meredith Kercher. She claimed that she came home after spending the night with her boyfriend Rafael Sollecito to find a bloodbath. The window was broken and Kercher’s throat had been cut. There was blood everywhere and there were even feces in the toilet. A year later, Rudy Guede was convicted of murdering Kercher—the feces belonged to him and his DNA was all over the scene. And yet the local cops never gave up their theory that Knox and maybe Sollecito were also involved.

Why? Well, first there’s the way Knox behaved the day the body was found. She came home and showered before she found Kercher’s body—which the police found odd. And she was caught by cameras kissing Sollecito while the police were handling the scene. She didn’t seem to be handling the discovery “normally,” as if that’s an easy thing to define for a 20-year-old girl in a foreign country. The next day, when she was brought back to the scene by prosecutor Giuliano Mignini, who is introduced in the film comparing himself to Sherlock Holmes in case you need to know about his ego, Knox had something of a breakdown, smacking her ears and screaming. Mignini became convinced she was remembering killing Kercher. The Italian cops interrogated and allegedly abused Knox until she confessed.

Amanda Knox tells horrifying stories of her treatment by the Italian police, including being slapped in the head by them and told she had HIV. And if that abusive invasion of privacy wasn’t enough, the media jumped into the same pool, personified in the film by Daily Mail journalist Nick Pisa, a morally dubious fellow who admits to being given Knox’s prison diary and publishing passages from it and then speaks of “journalistic principles” when asked how he got it. The media industry turned Knox’s sexuality into a weapon—she was scolded for her supposed immorality and that was used as the basis for the prosecution's version of the crime. And the number of half-truths and lies printed by people like Pisa is staggering. At one point, he says “It’s not like I could double check” because that means someone else would run the story first. He still sees Knox as a "story" instead of a human being.

There was almost no trace of Knox’s DNA in any essential part of this case—and the DNA that did convict her at one point was later deemed inconsequential or contaminated—and Guede’s DNA was all over the scene. So you have to believe that she cleaned up the scene perfectly but not her co-killer’s feces in the toilet or she committed the crime in a hazmat suit. And yet people like Mignini consistently dismiss these kind of factual questions with comments about what they could tell by looking in Knox’s eyes. He even calls himself a prophet in his own country after the first conviction. This wasn’t a story of justice or murder. It was a story of men who saw a way to use a girl to further their own careers, as prosecutors and journalists.

Again, if you think Amanda Knox is a masterful criminal, someone who got away with murder, this film is unlikely to convince you otherwise. Most of this information has been available before—although some of the first-hand accounts of the interrogations from Knox and Sollecito are new. It’s just seeing it all presented in one, impactful film that one can view the scope of the whole story. Whether you think she did it or not, “Amanda Knox” is a horror story that should be told. 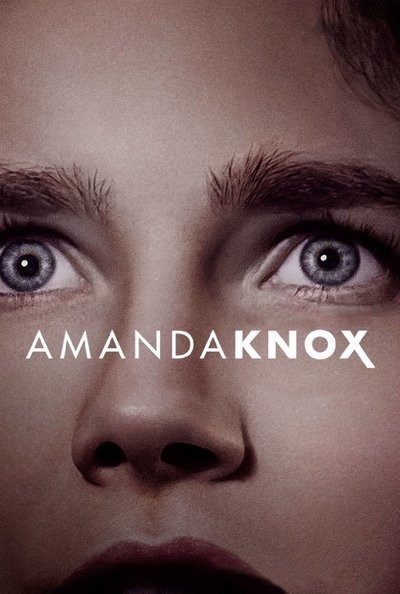