This psychological thriller, which first played at small film festivals between the falls of 2013 and 2014, was originally titled “The Red Robin.” Although red-robin imagery dominates the movie and provides a major plot point, I get why the title was changed to the somewhat more generic current one. (“Altered Minds” does bring to mind the semi-classic “Altered States,” true, but it’s not as grabby by half.) Firstly, there’s the chance that people will think of the fast-food chain. More important, had they kept the title “The Red Robin,” smart-ass movie critics (not unlike myself) would have had ample, possibly irresistible opportunity to quip along the lines of “more like RED HERRING, amirite?” and so on.

Written and directed by Michael Z. Wechsler, “Altered Minds” opens with a shot of a syringe dropping, just like a penny does, and we don’t get that piece of this puzzle movie filled in until much later. Judd Hirsch plays Dr. Nathaniel Schellner, an aged Nobel-prize winning (really!) psychotherapist who’s on his last legs; he and wife Lillian (Caroline Lagerfelt) are hosting a birthday party for him that’s also a sort of goodbye dinner for their four adult children, the eldest of whom, Leonard (Joseph Lyle Taylor), who’s also in the psych biz, is their sole biological offspring. Harry (C.S. Lee), a Vietnamese adoptee, is a proficient classical musician. Biological brother and sister Tommy (Ryan O’Nan) and Julie (Jaime Ray Newman) were picked up in Russia; Tommy’s now a horror novelist and Julie seems to kind of look after everybody. Tommy’s a little odd; he’s first seen, not at his folk’s cozy suburban home, but nearby, digging up someone else’s property. Seems he’s looking for an urn containing the ashes of a beloved family pet. “Icicles are dangerous; think about your kids,” Tommy rasps to a local mom who reacts to his offer to clear the pointed hangers from her shingles if she’ll let him shovel in her backyard. Meanwhile, at the house Harry is telling mom “I think I’m gonna quit the Philharmonic,” to which she stammers “But—but—you’re one of their best violinists,” which ought to give you a general idea as to how this movie tends to handle its exposition material.

Once Tommy finally makes it to home and hearth, things heat up, and the semi-prodigal son, rather studiedly over-acted by O’Nan, begins accusing previously-dear-old-dad of having conducted heinous psychological experiments on him as a child. This is all indignantly dismissed as nonsense until Harry owns up to suffering from traumatic nightmares featuring imagery Tommy also is haunted by. Some of it having to do with the aforementioned bird.

Wechsler’s working a bunch of influences here, from “Peeping Tom” to “Wild Strawberries” to “The Celebration” to… “The Family Stone”? Okay, maybe not. There’s likely some Pinter bopping around in his process as well. But it’s all in the service of what turns out to be a find-what-the-filmmaker-has-hidden narrative riddle, a pretty well executed one when all is said and done, but a not terribly memorable one either. Hirsch is his usual reliable self, trading in on the warmth and trust he generated as a shrink in “Ordinary People” to keep the audience off balance as to whether he’s going to turn out to be a savior or a monster. He’s the most distinguished player here, keeping the movie grounded when its plot mechanics and/or O’Nan’s histrionics threaten to throw it off the rails. 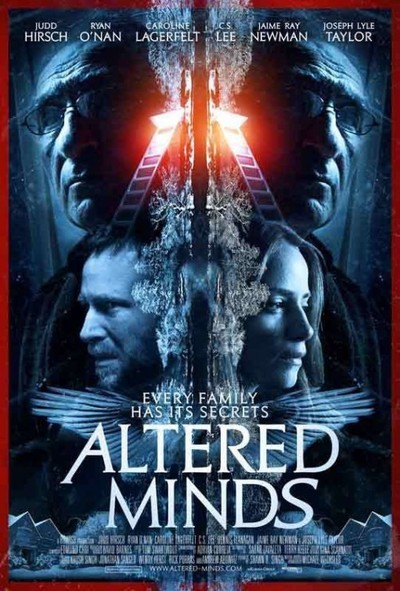