"All Mistakes Buried," a thriller about a junkie seeking redemption through one of those fabled Big Scores, is proof that in movies, the strength of a tale usually lies in the telling. There's nothing in this film by director Tim McCann ("Desolation Angels") that you have not, in one sense or another, seen before. But it's executed with such passion  that it holds together better than you might expect.

Shot in Louisiana, with a soundtrack full of whirring cicadas and interstate traffic sounds, the movie seems to be taking place in the mind of its hero, Sonny (Sam Trammell of "True Blood"), a once successful small businessman who lost his fortune and became a drug addict. Sonny lives in a scuzzy motel, smokes crack whenever he can get it, and obsesses over the days when he was comfortably married to his kindhearted wife, Jen (Missy Yager), and running a successful home security operation. The story is built around an escalating series of offenses. First Sonny shoplifts a greeting card that he means to give to Jen on her birthday. Then he sneaks into a pawn shop and hides there until closing time to steal (or perhaps reclaim) a necklace for Jen. By the end of the film, he's gotten pulled into a wild, dangerous, major crime that he also justifies in Jen's name. He says all about his wife, but it's really all about Sonny—his arrogance, his embarrassment at having lost so much, his craving for vindication and renewal.

The film's screenplay is by McCann and Shaun S. Sanghani, from a story by Trammell and McCann. Its outline is very 1940s film noir, set in around a nightmarish fringe that exists adjacent to, or beneath, respectable society. This world is populated mainly by junkies, prostitutes and pimps; a hard-boiled madam (Vanessa Ferlito of "Graceland," whose character has a past connection to Sonny); the night managers of a seedy motel; snarling nightclub owners; armed robbers and the like. They're mostly a tough, even cruel bunch. Look at them wrong and they'll beat you to a pulp.

As in earlier films by McCann, one of the largely unsung auteurs of American Scuzzpit Cinema, the world of "All Mistakes Buried" feels like the product of journalistic study or even experience (secondhand, one hopes). There's none of that Hollywood crime movie nonsense: beautiful people with beautiful teeth and beautiful hair and gorgeous clothes smoking on street corners and barking threats at each other while carefully chosen pop and rap songs blare on the soundtrack. These characters feel real, so real that you can smell their sour sweat and the stench of urine and spilled beer. (McCann has used actual ex-convicts as actors in some of his other movies, and it would not be surprised to learn that he's done the same here.)

But rather than tell its story in a strictly linear way, as an old (or mainstream) film might, "All Mistakes Buried" flashes back and forth through the hero's recent life in a prismatic fashion. The brilliant editing, by McCann and Chris Kursel, is reminiscent of arty 1960s and '70s films that applied the techniques of literary fiction to pulp thriller material: "Point Blank" and its unofficial spiritual remake "The Limey" are especially strong reference points here, especially when "All Mistakes Buried" leaves exposition behind and dives into a fugue state, blending past and present in a free-associative way. Some of its passages are so eerily beautiful that the sordid subject matter becomes ennobled, even sanctified. We seem to be looking at the hero's predicament through the eyes of a compassionate deity that wishes it could do more for this sad man.

This technique becomes slightly irksome during the movie's second half, when Sonny gets in way over his head. The film seems to fall apart or implode, mirroring the hero's increasing distress by piling on the flash-cuts and dissolves. Certain images suggest the cover of a 1970s free-form rock album that you'd "loan" to a friend without expecting it to be returned. It's just too much, or not modulated enough; there are times when the film itself seems to be out of control, not just Sonny. Nevertheless, it's rare to see such an evidently low-budget film carrying itself with such aesthetic swagger. It might have cost a buck-fifty to make, but in its mind, the movie is as grandiose and heedless as Sonny.

If there were Oscars for Best Performance in a Movie Academy Voters Wouldn't be Caught Dead Watching, Trammell's performance would be a lock for a nomination. His work as Sonny doesn't just anchor the film, in many ways it is the film; nearly every second of "All Mistakes Buried" is anchored to Sonny's jittery, guilty, unrealistically hopeful consciousness, and it's so lively and imaginative that its baroque flourishes seem all of a piece (junkies aren't known for their subtlety). Trammell, who also acted for McCann in "White Rabbit," has thought through every gesture; many of them are extreme.

And yet, as in certain "big" performances by actors like Dennis Hopper or Jeremy Davies, even the most flamboyant moments are rooted in psychology, such as the way Sonny hesitates before contemplatively touching his own face, or the way he seems amused or appalled by himself when he flies into a rage, spewing the f-word and waving a gun around. We're seeing a man disconnected from his essence, a consciousness uprooted from its shell. Oftentimes there's a very brief but noticeable time lapse between when Sonny's brain gives his body an order and when the body carries it out. The instantaneous eternity of that gap is filled by a flash of emotion: self-consciousness, maybe, or shame, or bitter amusement at what Sonny has become. This sense of loss is never more keenly felt than when Sonny talks to non-addicts. He puffs himself up, talks about what a great plan he has or how in-control he is or how much progress he's made, and the listener just nods patiently and waits for Sonny to ask for money. 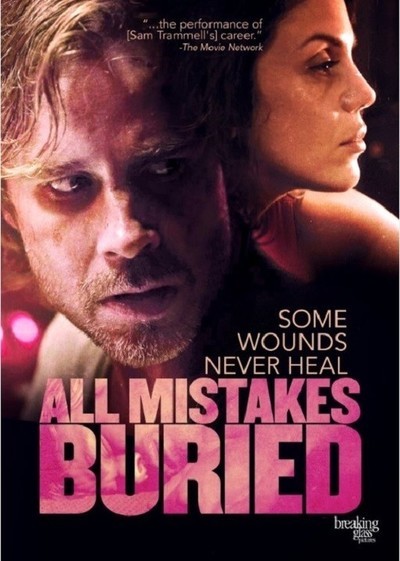