A Picture of You

Grief almost always produces abrupt mood changes. We’ve all seen the Hollywood cliché of the laughter that turns to tears but there’s something in that trope—the idea that our own emotions have the potential to flip like a coin when we’re dealing with loss. J.P. Chan’s light-but-sweet “A Picture of You” endeavors to recreate that unpredictability in the days following the death of a loved one by taking a sharp right turn from melodrama to comedy at the end of the first act. What starts as a traditional character piece about siblings dealing with demons after the death of their mother eventually becomes a screwball comedy as Chan finds a unique way to cycle through cinematic grief. At one point, Jen (Jo Mei) says about the photograph that pulls the switch, “I didn’t describe the genre.” It’s a nod to a film that doesn’t really have one either.

Sullen Jen and stubborn Kyle (Andrew Pang) are forced to go through that awful series of days that most of us will eventually reach on our calendars—packing up the home of a deceased parent. Animosity bubbles not far under the surface as Kyle chose to come home and take care of their mother (played by Jodi Long in a series of brief flashbacks) while Jen couldn’t bring herself to do so. It’s a classic cinematic resentment: the sibling who felt he did more for their mother before she passed and the one who regrets not doing enough. Naturally, days of packing up books and other personal belongings only serve as a backdrop for Jen & Kyle to deal with the issues they have with each other.

And then Kyle goes to copy mom’s files from her computer to a flash drive and clicks on a picture that changes everything. A series of brief, blurry photos show another side of mom, and the naked side of one of her lovers. Naturally, there’s a bit of mental block when it comes to Kyle & Jen imagining that their mother had sex but it’s not handled in an overtly sitcomish manner. Kyle seems truly shellshocked and Jen honestly confused, but it’s more regarding the idea that someone they loved had secrets that included pornographic pictures than the whole “eww, my parents have sex!” plot device pulled out by lesser comedies. Chan allows the revelation to not only turn the film to comedy from melodrama but push his two characters to acceptance that people are more complicated than we think, even our parents.

The tonal shift really happens when Jen’s boyfriend Doug (Lucas Dixon) and pal Mika (Teyonah Parris) show up to help in the packing cause, mere moments after the siblings see pics of mom’s sex life. The siblings try to keep the secret of why they’re rattled but their behavior starts to shift. Kyle wants to smoke weed for the first time. If mom could have casual sex, why not? Jen itches to tell Doug what’s going on, and, most of all, to find out the owner of the male member mom chose to keep on her hard drive.

Obviously, the situations of “A Picture of You” feel a bit forced but they’re handled in such a likable way that it’s forgivable, especially in the superior second half of the film. The final act, which approaches screwball comedy, is actually the strongest, as the characters have completely descended from the mountain of melodrama in the first act and the wispy memories of a mother they never knew have been replaced by covert investigations in the dark. I was worried the whole time that the cycle would eventually get back to melodrama and, of course, it does, but we like these four characters enough by that point that it’s easily forgivable. There’s absolutely no new ground broken here thematically and the clunky production values—Chan shoots too much in close-up other than scenes of bike-riding on the rural streets around mom’s house—sometimes feel like the product of a film school project. And yet Chan and his cast, especially the truly great Mei, find the truth in the ridiculous enough for it to work on its own modest terms. 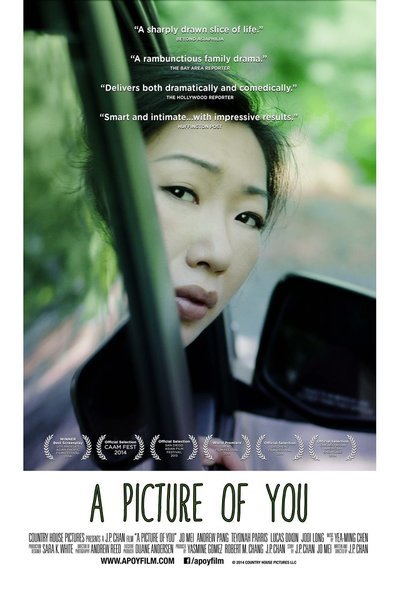