Director McG and producer Luc Besson just can’t drag Kevin Costner down to their level, try as they might. The "This Means War" helmer and the man responsible in some way or another for the "Taken," "Transporter," and "Taxi" movies plunk the aging action star into a fairly cynical live-action cartoon whose ostensible quirkiness has become its own form of cliché, and Costner responds by bringing an easy integrity and seemingly effortless humanity to his part. And hence making a messy, meandering and silly movie rather more watchable than it deserves to be.

From the get-go you know what kind of tripe "Kill" is: the overdetermined, overblown, overdesigned type—a EuroTrash action movie, if you will. One in which the explosions are almost as loud as the real-life kind that make people deaf, and the villain looks like he stepped out of a "Saturday Night Live" parody of a Prada advertisement. In the middle of the sound and fury of an opening battle, Costner is stolid and solid. Then his character learns that he’s got a virulent form of cancer, and only months to live. “The C.I.A. thanks you for your service,” his attending physician tells him. Right. Acting on advice to get his affairs in order, Costner’s character, who doesn’t speak a word of French, goes to his flat in Paris, discovers a family of Africans squatting there, tries to go all middle-period Eastwood on them, doesn’t, and then looks up his estranged wife and estranged teenage daughter.

“Promise me one thing,” estranged wife Connie Nielsen says. “Promise me you’re not working for them anymore.” Sure enough, Costner promises. And sure enough, Amber Heard, a mysterious presence in the opening scene, and made up throughout to look as if she just stepped out of a Tex Avery animated short, turns up offering to cure his cancer if he’ll, yes, work for “them” again, this time killing bad guys known as “The Wolf” and “The Albino.” His new assignment happens to coincide with a let’s-get-reacquainted period between father and daughter.

The upshot of which, at times, involves Costner’s character torturing various lower-level criminals while, get this, soliciting their advice on parenting. This is the main comic device of the movie’ scenario, and it’s a pretty uncomfortable one. This is one of those movies that’s ridiculously busy with dumb and not particularly pertinent detail on the one hand, and determined to beat all of its near-decent jokes into the ground on the other (as in what happens after Costner’s daughter sets Icona Pop’s “I Don’t Care” as his cell phone ringtone for her), so when it stops dead for a father-daughter bonding scene in front of Sacre Coeur, the effect is a little unsettling at first. As in, what the hell is this, "Die Hard" meets "Amelie"? Only, because "True Grit" girl Haille Steinfeld is easily winning as the daughter, and Costner is delivering his absolute best Gary Cooper stuff, the scene is actually almost affecting.

And so it goes throughout the ridiculous and thoroughly predictable action proceedings (when “The Wolf” says to an associate, “Take me to my partner’s house, he will know how to get me out of Paris,” you know exactly who the partner is going to turn out to be, even though you can’t believe it). Costner deserves better, and the fact that he doesn’t phone it in here indicates that he thinks maybe so do you. It’s worth noting, too, that the movie looks real nice; Thierry Arbogast, a long time Besson accomplice (he even worked with the man when he was doing good, as in "The Fifth Element") imbues the possibly overfamiliar Paris locations with a gold-sepia lighting that’s very pleasing. 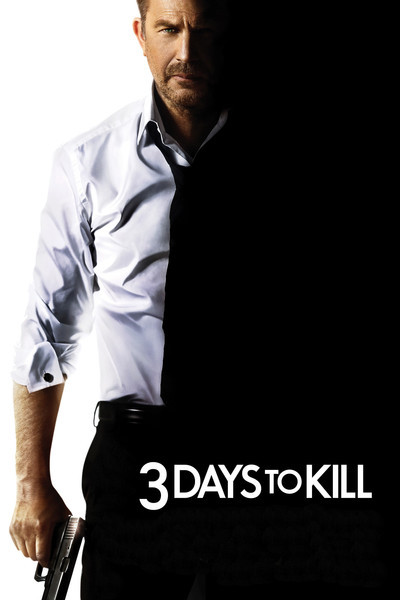 Richard Sammel as The Wolf

Tómas Lemarquis as The Albino