Once upon a time, television was demonized as a device that threatened the very foundation of civilization by disrupting the natural flow of human discourse by allowing the likes of “Bonanza” and “The Beverly Hillbillies” to enter our homes. The ritual of household members silently gazing slack-jawed at the glowing orb transmitting so-called entertainment into their rumpus rooms while ignoring one another became commonplace. The nuclear family has never really fully recovered, especially in this era of binge watching on personal devices.

Indeed, TV now has plenty of competition for our ever-shortening attention spans. There are countless high-tech gadgets to distract us from engaging in face-to-face conversation and physical interaction. The difference is, the cell phones, laptops and tablets that provide access to email, text messages, social media outlets and video-chat features are supposed to make us feel more connected to one another, not less.

But as demonstrated in “10,000 KM,” in which long-distance lovers struggle to bridge the vast gulf between Spain and Southern California during a year-long separation, those screens are more likely to act as frustrating barriers than accessible portals into your partner’s miles-away soul. Virtual simply can’t beat reality when it comes to bonding over the small details of human existence, whether cuddling, arguing or sharing a joke.

That isn’t exactly an earth-shattering insight, but first-time director Carlos Marques-Marcet comes close to emulating what it is like to attempt to maintain a personal connection via services such as Skype by stripping his story down to its essentials: a man, a woman and a loving relationship that is sorely put to the test. This sort of Cassavetes-esque filmmaking is the polar opposite of something like “Men, Women and Children,” Jason Reitman’s over-reaching attempt to put digital-age risks in perspective on a grand scale. As a result, “10,000 KM” instead feels authentic and raw, with only the occasional risk of torpor sneaking through.

Marques-Marcet certainly knows how to capture our attention judging from his opening scene. The 20-minute-plus take starts off with an early-morning bout of vigorous sex between a millennial-age couple, still passionate after seven years together. As they catch their breath in bed, talk turns to their attempts at having a baby. They then perform the dance of domesticity on a lazy Sunday morning, brushing their teeth and making coffee in their cramped Barcelona apartment as their personalities reveal themselves. Sergi (David Verdaguer), playful, demonstrative and nurturing, is nicknamed “Squid” for his fondness for long showers. Alex (Natalia Tena), focused, driven and practical, immediately logs on to her laptop after breakfast.

That is when an email arrives, with the effect of a grenade being thrown into the room. The emotional temperature onscreen drops a few degrees as Alex learns she has been offered her dream assignment, a freelance photography gig in Los Angeles. Meanwhile, Sergi realizes his hopes and dreams, including that baby whose name is already being debated, are being put on hold.  And the title of the movie—which is the distance that is about to pull them apart—materializes onscreen.

Once Alex arrives at her sunny Silver Lake abode filled with blinding white Ikea furniture and fabrics, it becomes clear that the entire movie will revolve only around these two characters. A handful of supporting players, a jogger in a screen capture or snapshots of Alex’s newfound friends, will only appear in photos or images on her laptop. It’s a good thing that Verdaguer, a more hirsute and leaner variation of Oscar Isaac, and Tena, known for her work on “Game of Thrones” and as Nicholas Hoult’s punkish crush in “About a Boy,” make for a compelling and attractive twosome, together or not. I wonder if Marques-Marquet picked them for their matching statement eyebrows that often serve as sideways exclamation points on their expressive faces.

For a while, Sergi and Alex make a valiant stab at keeping the spark alive. At one point, he encourages her to check out the sights and make new friends. But when she does begin to build a new life for herself, he becomes sullen and paranoid, stalking her on Facebook and throwing a tantrum. His mood is understandable, though, as Sergi—who, thanks to the time difference, is usually seen shrouded in shadows on Alex’s computer screen—frets about not being able to pass his board exams to become a full-time music teacher. Soon, he is shown surrounded by empty bottles and glasses, reduced to drowning his sorrows after Alex drops off the grid for an extended period.

Of course, many couples encounter a divide in the road when one is experiencing great success while the other feels forgotten and left behind—rom-com empires have been built on this popular plot device. But the difference here is that that split is complicated by their inability to adequately reach out and touch each other with technology. Increasing the tension, Marques-Marquet makes a wise decision in allowing two other well-done sex sequences in the film, one that arrives around the midway point and the other near the end, to dramatically demarcate where matters stand.

This minimalist approach to storytelling has some inherent drawbacks but never is reduced to just being a gimmick. It’s true that watching Sergi berate Alex’s cooking techniques as she botches the simple act of frying onions or seeing her sort her socks much to Sergi’s bored chagrin is not exactly electrifying cinema. But nothing will break your heart as much as watching this man, desperate to keep this woman in his life, waltzing around the room with a laptop in his arms while staring into her faraway eyes. 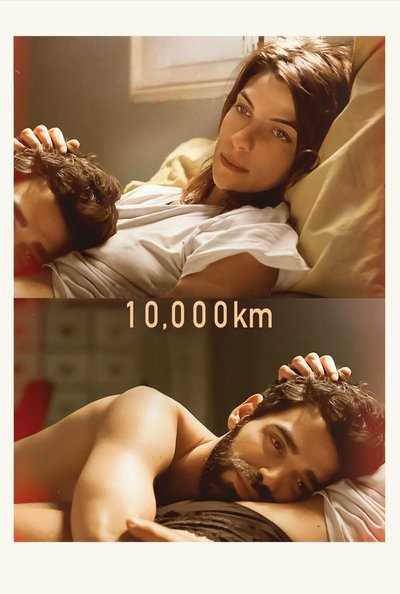