I have a story about "The Texas Chain Saw Massacre."

Specifically, I have a story about the Steenbeck editing table upon which director Tobe Hooper and editors Sallye Richardson and J. Larry Carroll cut "The Texas Chain Saw Massacre."

Even more specifically, I have a story about how I destroyed that editing table in a horrendous conflagration sparked by a freebasing mishap, incinerating an entire section of the Southern Methodist University campus, killing a janitor and singlehandedly bringing the school's film program to an end.

Okay, hold on a second.

Before this article goes viral and strangers start demanding I apologize to the victim's family and turn myself in, I should say that nothing in that last paragraph is true, except for the part about the editing table being destroyed in a fire.

The rest of the details accrued via gossip and myth-making. After correcting them over many years I eventually decided there was no point wasting any more of my breath. 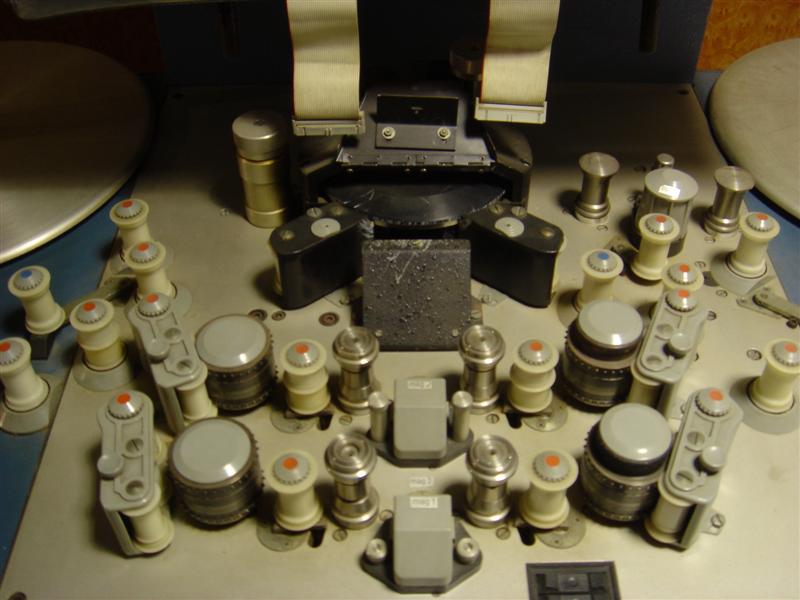 The editing table was located, if memory serves, in a basement room of the old student center on the SMU campus, where I studied English and filmmaking in the late eighties and early nineties while writing for the school paper. I was down there editing a student short with my friend Steve Nystrom, a fellow film student. Steve was part of the SMU Film Club, which was funded with several thousand dollars' worth of student fees and was supposed to produce one high quality 16mm sound short film per semester. I don't think the club lasted more than a year or two, maybe because everybody in it wanted to direct.

Somehow the club got itself funded during my first senior year at SMU—yes, I had two senior years; long story—and all the production people went off to make their movie. I wasn't involved in the location shooting because I was already working at a local weekly newspaper by that point, editing listings and writing occasional movie reviews. I don't remember much about the short except that it was vaguely science fictional and there was a scene involving mysterious government agents, or maybe extraterrestrials, in a van at night, and there was a lot of shouting. (After I published this, I was reminded that the short was titled "A Splinter in the Mind" and was written and directed by my classmate Mike Rasmussen, who later cowrote John Carpenter's "The Ward" with his brother Shawn.)

Anyway, this particular scene was a problem. They didn't have the footage required to make it do what they needed it to do, or something. They gave the movie to Steve to edit. Somehow I ended up editing it with him. And we cut it on the same Steenbeck that had been used to cut "The Texas Chain Saw Massacre."

I have no idea how the SMU film department came into possession of that Steenbeck, but it was sort of a holy relic. The students were thrilled to cut their little short films on it. There was something surreally excessive about it, like slicing an olive loaf with Excalibur.

On the night of the fire, Steve and I were pulling an all-nighter, taking turns working on the van scene. We were making decent progress, but it was after midnight and we were tired and hungry.

We pushed on anyway.

Sometime after 2 AM, we smelled a weird burning odor.

We went all around the editing suite, checking every outlet and socket and light fixture, and then left the film production area and walked all around that floor of the student center, trying to trace the smell to its source.

Finally we returned to the editing suite. The smell had grown more insistent.

I heard a faint hissing noise.

On a hunch, I got down on my hands and knees under the Steenbeck.

In the thicket of wiring beneath the gears I saw two wires that were barely connected.

I told Steve what I'd seen. He took a look himself and decided we should turn off and unplug the editing table, report what we'd seen, and call it a night.

We waited until the hissing had stopped and the smell had subsided somewhat, then left. On our way out, we told the janitor what had just happened. Then we went across the street to 7-Eleven and got a couple of sandwiches and some soft drinks and hung out for a bit.

We went by the student center afterward. It was dark. Everything seemed fine.

The next morning we heard that there'd been a fire at the student center. The editing table was completely destroyed and the editing suite itself and all the equipment in it had sustained smoke damage. We felt horrible for not taking more decisive action—neither one of us had any experience with electrical fires—but since we'd reported the sparks before leaving, the film department didn't blame us for the blaze. We still made a point of letting anyone who asked about the incident know that it was an electrical fire and not caused by cigarettes, a bong, or anything like that. SMU was terrified of drug-related fires, with good reason. The Beta house had burned to the ground a few years earlier. Witnesses had reported a bluish blaze in one of the upper windows and a brother pulling up mid-fire to gaze beseechingly upwards at the blue window while sobbing, "My DOPE!!!"  We wanted everyone to know that no marijuana had been used, stored or grown in the editing suites of the student center. None that we knew of, anyway.

We talked our way into the editing suite to get a look at the damage. The Steenbeck was indeed history. A whole huge semi-circular chunk of it had just melted away. It looked as if a sulfurous demon had taken a big old bite out of it. The walls and floor were streaked with soot. There was a crater in the floor.

Somehow the short film got done. Steve helped cut it. I was not involved and I never watched the finished product. It was all too depressing to contemplate.

A few weeks later a young film student asked me about the fire. He had a sly smile on his face.

"I heard you guys were smoking weed in there," he said.

The story escalated from there. Every time somebody asked about the fire, new details had been added. We were both smoking pot in there. We were tripping on LSD, too. And mushrooms. We were freebasing. We were freebasing with hookers. It was a drug-fueled orgy. My hair caught fire like Michael Jackson shooting that Pepsi commercial. Steve and I had been expelled afterward. Tobe Hooper had sued me in civil court for restitution and emotional distress. The fire killed a janitor and burned down half the building, which then had to be repaired at the cost of millions of dollars. People who watched the short film later swore they could see the janitor's ghost in the background of a shot, soundlessly mouthing: "Matt and Steve killed me."

After a while, the fire became the first thing that SMU film students asked about when they met me for the first time. I could tell when they were about to bring it up because they'd get that conspiratorial gleam in their eyes, like characters from "Dazed and Confused" seeking confirmation of a wild man's legendary exploits. Through no conscious doing of my own I had become a gonzo legend, Dennis Hopper crossed with the Human Torch. I burned it down. I BURNED IT ALL DOWN! ALL OF IT! AH HAH HAH HAH HAH HAAAAAAA!

I didn't, of course. It was an old editing table and it just up and died. I wish I'd done something to prevent it.

Mr. Hooper, if you're reading this, I'm sorry about your editing table, and consider it a great honor to have been able to cut one scene from a short film on it.