"The Only Great Party is a Boy and a Girl and a Whole Cheesecake: An Interview with Groucho Marx." 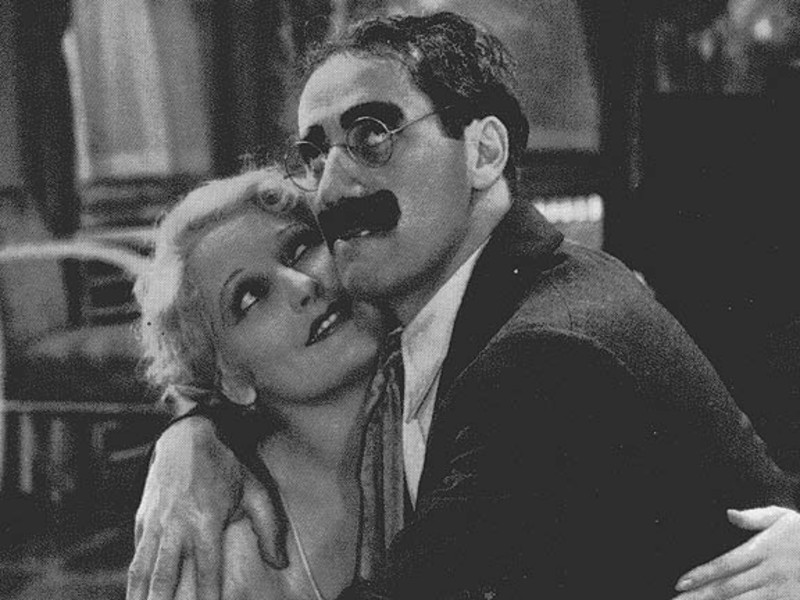 Why did I choose this essay?

Roger once said his Esquire piece on Lee Marvin was the best interview he ever wrote for the magazine, but I prefer his unvarnished portrait of the one and only Groucho Marx. Timing is everything, and not just in comedy. Roger's interview with Groucho was published in Esquire in 1972, shortly after I had discovered the Marx Brothers and became a teen obsessed; staying up until 12:40 a.m. to catch their films on TV, haunting Chicago's revival houses, repertory theatres, public libraries, anywhere a Marx Brothers film was being revived. This included a theatre on the city's South Side that showed a triple feature of—I kid you not—"The Cocoanuts," "Duck Soup" and, unaccountably "Shanghai Killers." (Most of the audience was there for "Shanghai Killers"). Esquire was then referred to as the citadel of the New Journalism, which did to the form what the Marx Brothers had done to such sacred institutions as high society, college, government, and opera. Roger's Esquire interviews took a bracing cinema verite approach to their subjects. Unlike today's micro-managed, fawning celebrity profiles, Roger did not insert himself into the proceedings. He deftly set the scene and then dutifully and unobtrusively captured what the interviewee said and did, capturing revelatory moments in the process. The Marx Brothers were not exactly young men when they made their most anarchic 1930s comedies that would resonate decades later with rebellious, counterculture college students in the late 1960s and '70s. But the Groucho to whom I thrilled loping across the screen was a far cry from the still sharp, but decrepit fogey who famously confided to Roger that at a time when he was being rediscovered and bestowed with honors and accolades, he would "give it all up for one erection." The piece served to humanize my new comedy hero and also revealed to me another facet of my favorite film critic.