Director Barry Jenkins made a mark with his excellent 2008 debut, “Medicine For Melancholy,” but it took almost a decade for him to return with a follow-up. “Moonlight” was worth the wait. Telling the story of one young man named Chiron at three distinct periods of his life, Jenkins has made one of the most critically acclaimed films in years. Working from an unproduced stage play by playwright Tarell McCraney, Jenkins' film feels both lyrical and urgent. The pair sat down with us in Chicago last week after the film’s showing at the Chicago International Film Festival.

Has the response been overwhelming? Did you expect it?

BARRY JENKINS: Not expected. Not overwhelming. I try to keep a check on myself with those kind of things. I always think the other shoe is gonna drop.

MCCRANEY: That might be something. I tell people that and they’re like, ‘Are you crazy?’ ‘No, no. There’s a sucker punch happening somewhere. We’re just waiting for it.’ I think you’re a little bit more of an optimist than I am but also I don’t lean into that thought process. Growing up in the hood, you kind of sort of always go ‘Aaahhh.’ People will tease you with an apple and then slap you in the face. You gotta always be prepared for it.

What are your expectations, then, when you’re making a movie like this?

MCCRANEY: I just remember before you handed me back the screenplay. To me, that is the part of all work and storytelling that I enjoy the most: ‘You say you’re gonna do something? Cool. Here you go.’ I’m going to be excited about it. I didn’t think it was gonna be all halcyon dreams but I was excited to think, ‘Cool. Something is gonna come of this.’ More than anything, because it’s a piece that labored in me and is still working on me in so many ways and is so personal, I was like ‘Please. Just make a film. Just do it right.’ I remember you saying something like ‘We ain’t gonna do you wrong, brother.’ I think you thought you were joking but I remember being like, ‘Don’t fuck it up’ and I walked out. For me, you had just put it on the line. Cool. Don’t fuck it up. Now we can go.

Barry, does that create pressure for you because it’s such a personal story for him? ‘I don’t want to fuck up somebody’s personal history.’

JENKINS: Not so much. I don’t like to work in that way.

Pressure can be a good thing too.

For me, I wanted Tarell to trust me because I felt that if he could trust me then I could take authorship of it. If he was skeptical, then I would be under pressure because then I would have to prove myself. He said, ‘You don’t have to prove yourself. It’s yours. Go do it.’ Now I can just do what I do. All I have to worry about now is authentically doing what I do. That’s all I did. Every step of the way.

MCCRANEY: That’s all I mean. I didn’t say ‘Make a masterpiece.’ And I didn’t have hopes of that either. Cool. Dig in and do right by it.

JENKINS: I will say the key component—I’m straight and so there’s no way this movie could have originated with me. 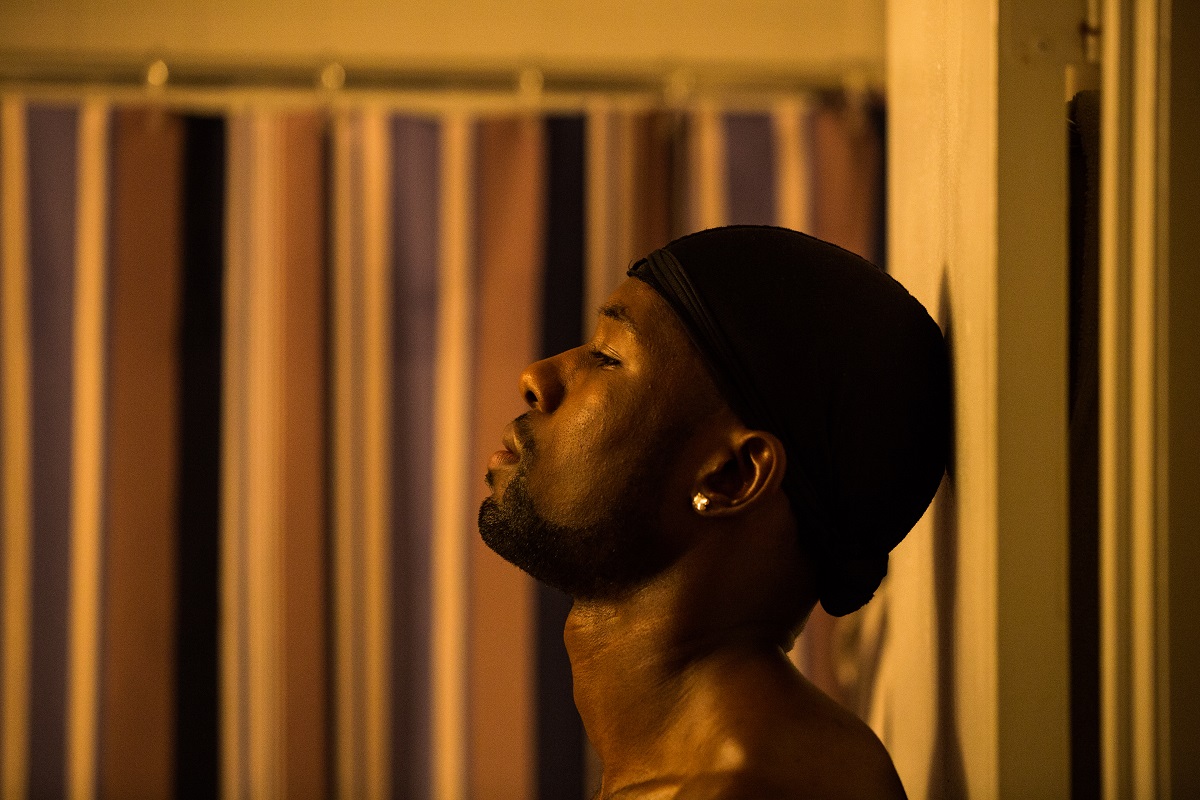 I find it interesting that you said ‘It’s still working on me.’ How?

MCCRANEY: It is taxing.

JENKINS: It gets emotional. We’re all being professional and like …

MCCRANEY: Again, I never asked him … to me, this was not a professional pact. We signed contracts and I can’t do certain shit … whatever the contracts say, (whispers) I don’t know. At the same time, this was not that kind of pact. This felt more like … Andre told a story the other day about this dude from his school who just helped him in something. Out of the blue. That’s what this felt. ‘Look, I’m gonna help you bring this story to life.’ ‘Cool. You a homeboy. I see that you’re a homeboy. DO it.’ Even though we’re professional and we’re on this press tour, I feel like that’s the contract I’m under. I’m under the social contract we formed in order to tell this story where I’m from. I try to be professional and say the things I need to say to reach this certain demographic and so on, but what I’m beholden to is bigging up where we got things right and representing a part of us where we were authentic, and telling you it really affects me. It really is working on me in terms of questions, and in hopes that it’s doing that for other people. In hopes that people are saying ‘That movie wasn’t about me, per se, but I’m working on those questions about what it means to be a man too, even though I’m a woman from Canada.’ Those things are important to me. They’re working on me.

How intentional is it to make a film that is important to everybody, including that woman in Canada?

JENKINS: It’s not intentional. If you try to create something that everybody can relate to, you’re gonna make something that nobody can relate to. I often say, this movie is made for an audience of two: myself and Tarell. It’s meant to be shared beyond us, clearly. But it’s meant to do right by an audience of two. I’m trying to get to the bottom of how the concept of manhood affects Chiron. And then how the people in his life are enacting this projection of manhood. That’s the box I have to work in. It’s great because the box is that small I can put my whole self into it. Once I’m working at that level, these things happen that I can’t control. These things have this beauty and this potency that they wouldn’t have if I was trying to engineer them. 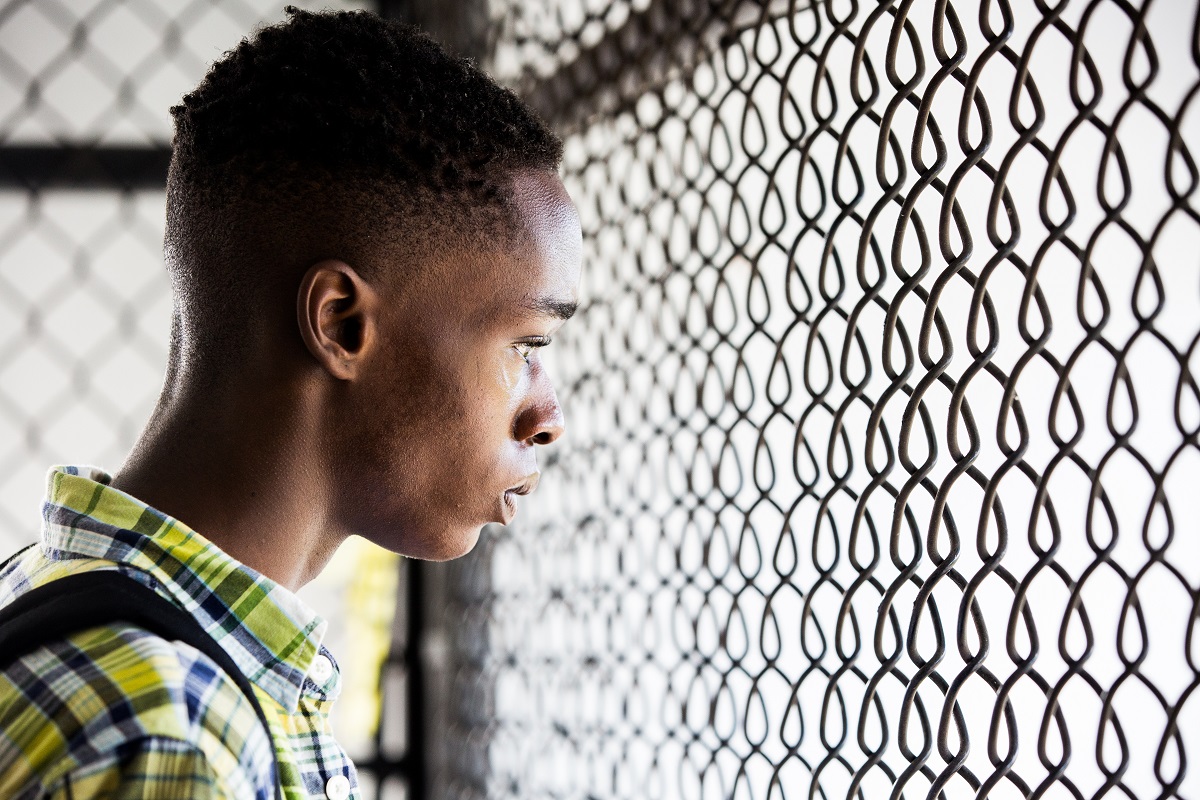 You spoke a bit about process and casting. Casting here is so essential. How does the film change after you cast it? How collaborative are you and how much do you allow them to bring to the pact between you two?

JENKINS: Extremely collaborative. They had to bring a lot to the project. Given the budget and that there was no rehearsal. So, I decided to make that a method. None of these actors met each other before they filmed their scenes. I didn’t want the Chirons to meet. That was very conscious.

JENKINS: Didn’t meet. But then you have these two guys who haven’t seen each other. The first time they met was via phone in the scene on Trevante’s side. We’re filming Trevante and he’s hearing André Holland’s voice for the first time. You fold those things into the process and you try to shoot as much in sequence as possible. Janelle [Monae] is real good at mentioning this in interviews—I told them, ‘There’s no mistakes. I’m not expecting you guys to show up and do exactly what I have in my head. Now, you guys are here because I have this idea of what you’re gonna do that’s in my head. Let’s start there and just work something. And we’ll get back to what’s on the page or what’s in my head or even what’s in your head.’

For both of you, how do you create one character played by three people and not have it feel episodic? Not have it feel like we’re meeting someone new every time we come back to him?

MCCRANEY: I call it … this is going to sound really terrible, but when you think of drama, you think of it linear or circular. Eastern or Western. The Western idea is to go narrative from Point A to Point B. When we think Eastern, things fold back on each other. The patterns overlap and we go into cycles. That’s how I wrote it. The first two or three pages is you see Black go into a crack box. Then you see Blue do the same thing. Then you see Little kick over a can. You’re seeing these men in a day of their life match up. You see how patterns repeat in their life and events fold over on each other. That’s why it was never a play because you saw those things in less than a take. You would see it and then the next scene was exactly that.

Was that something that scared you at all? That the structure would take us out of the story?

JENKINS: No, not at all.

Because the material was so strong.

JENKINS: Exactly. If I could follow the character in the source material, you could definitely follow it here [McCraney laughs]. I read it and thought there was something here that was interesting and so I came back to it like a month or two months later. I read it again and I was like, ‘Here’s what’s here.’

MCCRANEY: You even told me you had to take notes to piece out the narrative. ‘I can see the trajectory of it.’ And he came back with the ‘three times.’ This kind of structure works for this content, and I was really thrilled by it. The reason for that circular structure wasn’t me being so clever, it was because they were memories. I would literally wake up in the morning—I pray and I’ve been doing it forever. I pray when I wash my face. I pray while I’m drinking water. But I also think about the small me that did those things and the middle me that did those things, and that’s how it was coming out. So that’s how I put it down.

JENKINS: The only time I thought in a results-based way was I felt like an audience would be able to follow, to feel what I felt in this three-times structure. I thought the audience can’t have the feeling that I’m feeling in this form, but if we pull it apart and do this, it’s the same thing. But holy shit, now the audience can latch on to it.