French actress Emmanuelle Seigner made her first big splash on the international film scene in 1988 when she was plucked from obscurity by renowned director Roman Polanski to serve as his leading lady in the thriller "Frantic." (The two would marry the next year and go on to have two children.) Since that time, she has become a familiar face to moviegoers through her two subsequent collaborations with Polanski—the bizarre S&M-themed love/hate story "Bitter Moon" (1992) and the horror thriller "The Ninth Gate" (1999)—along with appearances in films such as "Place Vendome" (1998), "The Diving Bell and the Butterfly" (2007) and "In the House" (2013), and has also acted on the stage and embarked on a singing career as well.

In her latest film, "Venus in Fur," she has reunited with both Polanski and Mathieu Almaric, her "The Diving Bell and the Butterfly" co-star, in a kinky, controversial and oftentimes very funny examination of the eternal struggle for sexual and emotional control between the sexes. In it, Seigner plays Vanda, a flighty actress who arrives late for an audition for a stage adaptation of "Venus in Fur," the famous 1870 novel about a perverse erotic relationship by Leopold von Sacher-Masoch that would inspire both the word "sadomasochism" and a classic Velvet Underground song. Thomas (Amalric), the playwright/director is closing up for the day but agrees to read with her—part out of curiosity, part because she coincidentally shares the same name as her character and party because she has dressed for the part (including a truly fearsome pair of high-heeled leather boots)—and is startled to discover from the start that she is perfect for the role. Perhaps too perfect, it turns out, as over the course of the next couple of hours, the tables are thoroughly turned as Vanda asserts herself in unexpected ways while Tomas falls further and further under her spell.

To promote "Venus in Fur," which premiered at last year's Cannes Film Festival and which began its American theatrical run last week (while also debuting on VOD), Seigner phoned in from France to talk about the film, her working relationship with Polanski, and, of course, those shiny boots of leather.

I just wanted to start by saying that I really liked "Venus in Fur" and one of the main reasons is that it felt like an extension in some ways of "Bitter Moon," the film about another kinky relationship that you did with Roman Polanski that I have always found to be one of his more underrated works.

Do you think so? Maybe not so much. "Bitter Moon" was like it was on the first level while in this film, we are making fun of all of the S&M stuff. That was more like a love story while this is more like a joke, but I see what you mean.

Had you seen or read the David Ives play before the project came your way?

Not at all. I heard about the play but I did not see it.Then Roman got the play while he was in Cannes from his agent and he fell totally in love with it—he was laughing so much. At that time, we were kind of looking for something to do together and it felt like it was the right material. 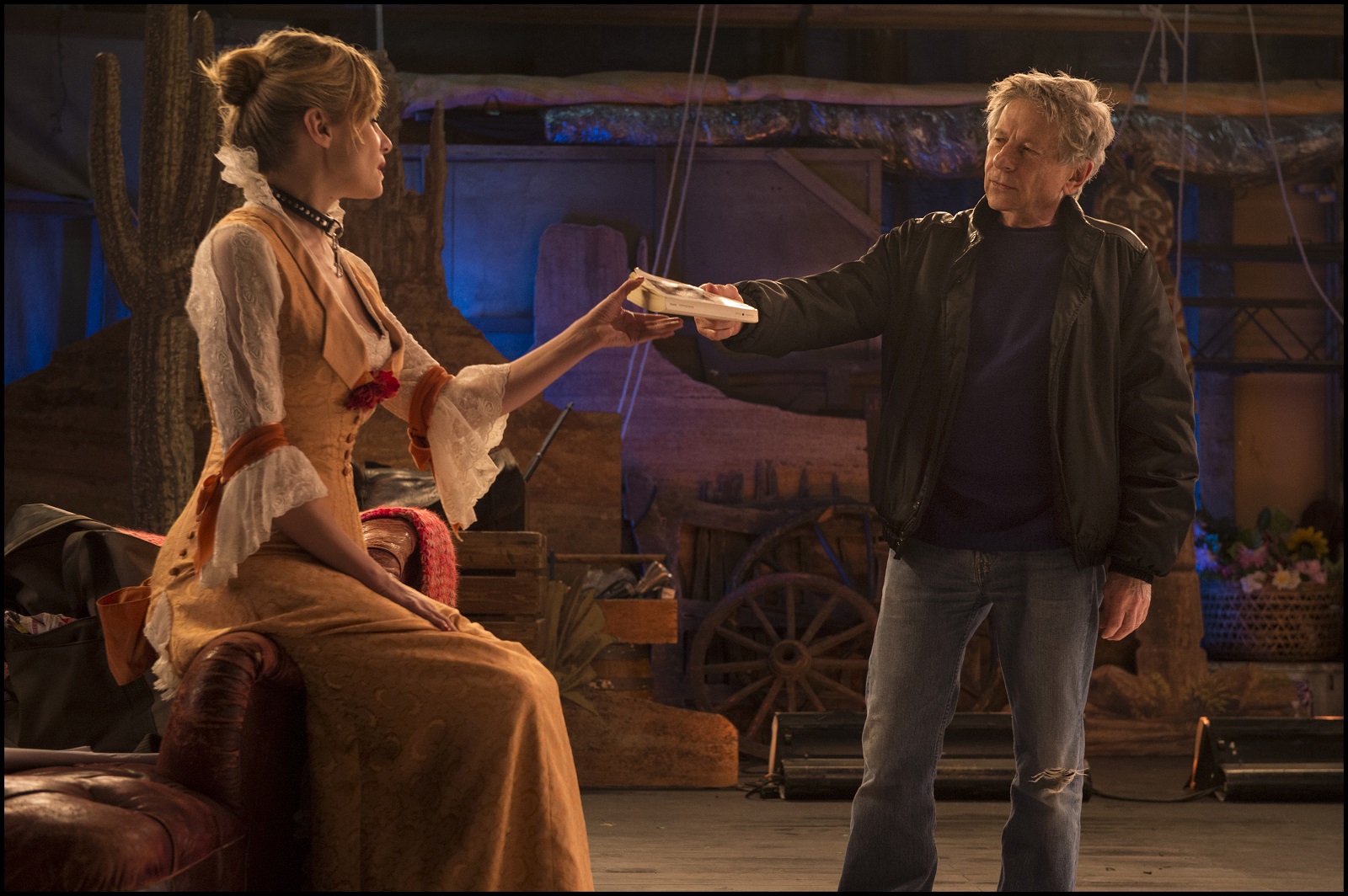 What was it about the part of Vanda that interested you the most?

It is such a good part and there are not so many good parts for women. I also wanted to do something with Roman that was more connected to his early movies like "Knife in the Water," "Cul-de-Sac" and "Repulsion" and I felt that this material was close to that. I think that the film is also like his early movies, in a way. "Knife in the Water" was only three people in a boat—that was the kind of thing that I wanted to do with him. I didn't want to do a big thing with him—--I wanted to do something intimate. This is more of a funky thing, you know.

The role of Vanda is a pretty incredible part in the way that she starts off as a seemingly silly ingenue and transforms into a truly dominant personality who may, in fact, actually be a authentic goddess. How do you prepare to take on a role like that as an actress?

Actually, I didn't do much. I learned the lines, which was a lot of work because there were so many, and I learned them well because I think that the more you know them, the better you do. At the same time, I was also acting in this small theatre in Paris doing "Homecoming," the Pinter play. I went straight from the play into the movie and I just enjoyed myself and the character. I just had fun with it and I didn't prepare too much. 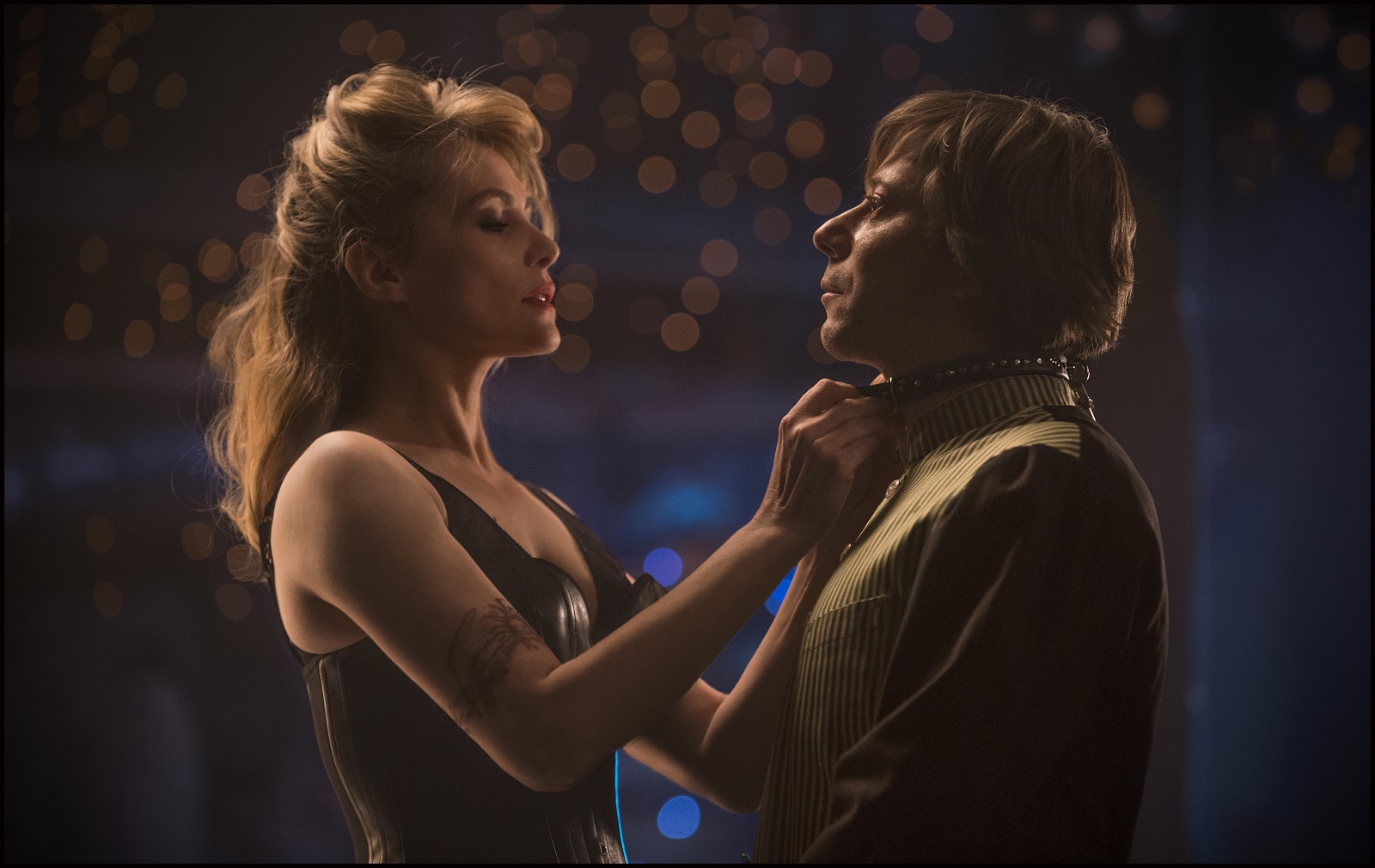 How long did it take to actually film "Venus in Fur"?

We did two weeks of rehearsal and then did the movie quite fast in 27 days. I was going to go on tour with my play and Mathieu also had something else to do. We only had this to do it and made it with a sense of urgency as if it was a youth movie—like our first film, in a way.

I think that actually helps because the film has the same sense of urgency and energy that you presumably got from watching the actors tear into it on the stage despite being spread out over 27 days instead of jammed into 90 minutes.

Exactly. We were working so many hours, from 9 AM to 10 or 11PM, and even on Saturdays and Sundays. It was quite intense but I think it was good for the material.

This is the fourth film that you have done with Polanski, following "Frantic," "Bitter Moon" and "The Ninth Gate," and your first collaboration with him in over 15 years. During that time, had you two been actively trying to find something to do together before this?

We had been trying to find something good to do together and not just to work—something that was right for him as a director and which had a good part for me that I was right for. It sounds easy enough when I say it but to find the right thing is not that easy and it took a long time. It was good, though, because it gave me time to work and improve myself as an actress through other things, so maybe that was good. 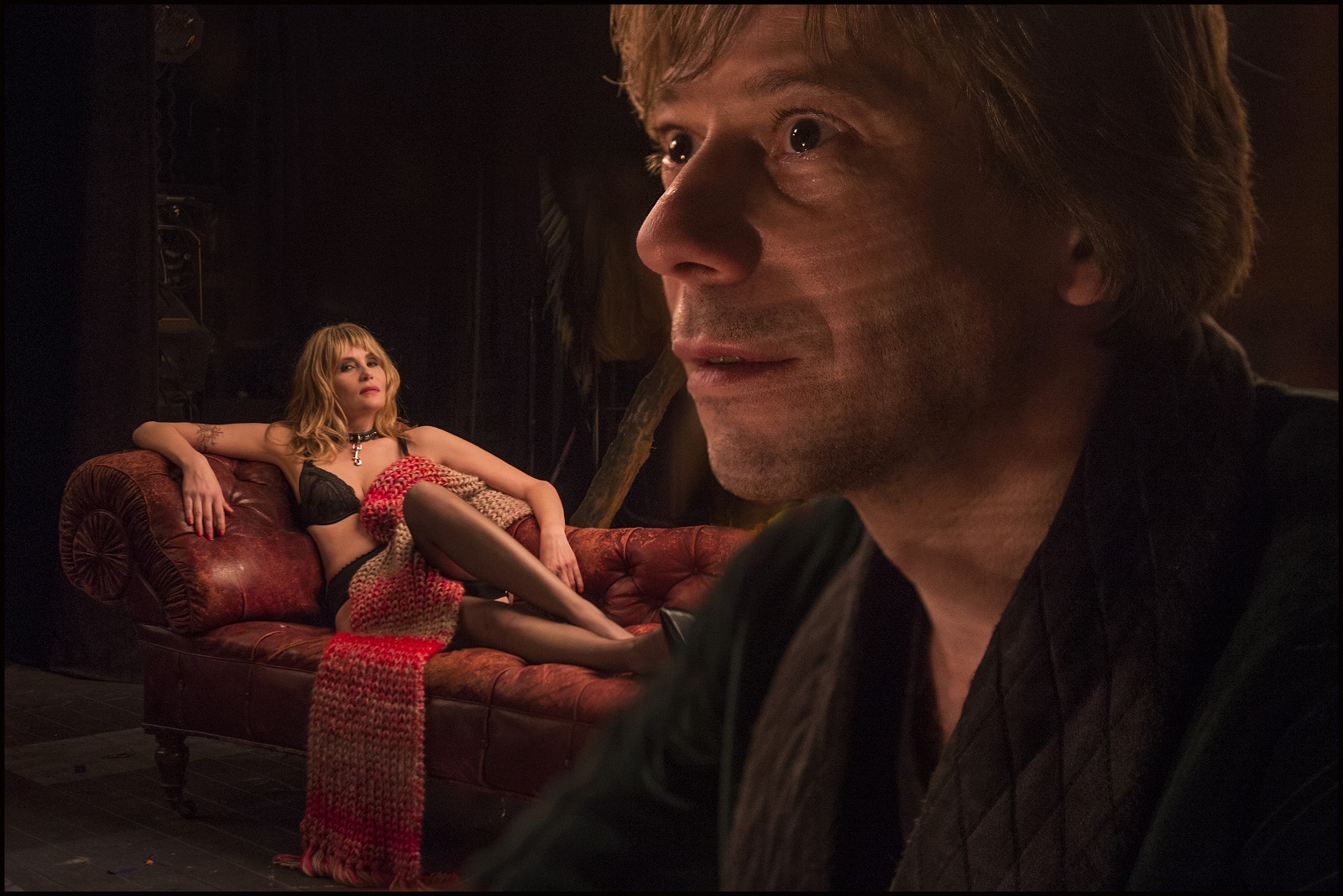 How has your working relationship with Polanski evolved in the time between working with him for the first time on "Frantic" and now?

That is certainly different. When I did "Frantic," I think I was 19 and I didn't have any experience other than a small role for Jean-Luc Godard ("Detective")—that was it. Then, I didn't know much about acting. Now I have more experience and I know my job much better and so it is more fun now. I am free and I can do whatever he wants—it is a totally different relationship. Even on "Frantic," it was nice and fun but I didn't know much back then.

You also worked previously with Mathieu Amalric on "The Diving Bell and the Butterfly." Considering how risky and dramatically charged "Venus in Fur" is, did it make it easier for you as an actress to be working opposite someone that you had acted with in the past?

Oh yes, especially because when we did "The Diving Bell and the Butterfly," I really enjoyed working with Mathieu because he is such an amazing actor and so nice to his colleagues. When he was hired for the film, I felt so happy because I felt so secure and relaxed to act with him.

Considering how provocative and button-pushing some of the material in "Venus in Fur" is in regards to male/female relationships and its thoughts on sexual domination and submission, what has the experience been like for you to see it with audiences?

I saw it at Cannes, actually, and I was really stressed out about it but I remember that people were laughing all the way through it. They even applauded the scene where I act like the psychiatrist. It was a really good screening and it was really nice to see how the audience reacted to the film.

What was the bigger challenge for you to pull off in making the film—the dance that you perform during the conclusion or wearing the absurdly high-heeled boots that play a key part of Vanda's costume?

Everything was challenging because I wanted to do it well. It was a big thing for me because Roman and the producer trusted me with such a big role and I didn't want to miss it. I felt like I had to do it well and do the best that I could. I knew that it was a great role, so I didn't want to make it wrong. Everything was challenging but exciting at the same time. When you do something with a lot of talent that is fun, it can be very exciting.

That was difficult. (Laughs) That was a big thing for me because I am always walking in tennis shoes. That was so difficult for me to walk in those high heels—maybe that the most difficult thing--but the part needed it and so I had to do it. Sometimes you have horses or stuff and that was my thing.